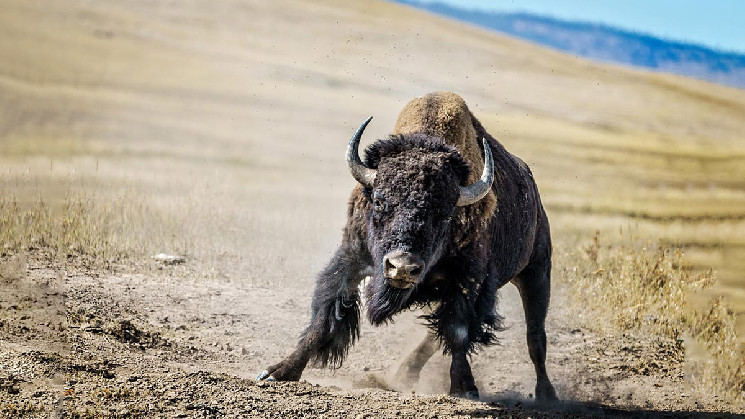 The Central Bank of Japan is printing money, volatility is falling, bitcoins are leaving the exchanges. Guess what’s next?

It has been repeatedly announced that the covid era of easy money is over, which means that risky assets like bitcoin are going through hard times.

However, while the US Federal Reserve promises to cut its record high balance sheet and continue raising the key rate, Asia continues to follow the same path. In particular, the Bank of Japan (BoJ) replenished its balance.

This bank already had the largest balance in relation to GDP, now this trend has intensified, and the balance is 136% of GDP.

Market analyst Holger Zschaepitz tweeted that this was not only a surprise, but “the biggest monetary experiment in history.”

“The ECB and the Fed look like amateurs by comparison,” he added.

“No government has ever resisted the temptation to print money to pay its bills and appease its citizens. The government will never voluntarily go bankrupt. It’s an axiom,” Arthur Hayes, former CEO of derivatives giant BitMEX, wrote in a blog post.

Popular Twitter analyst TechDev drew attention to what he called the “volatility squeeze” that appeared on the 12-hour Bitcoin chart for the first time since January. 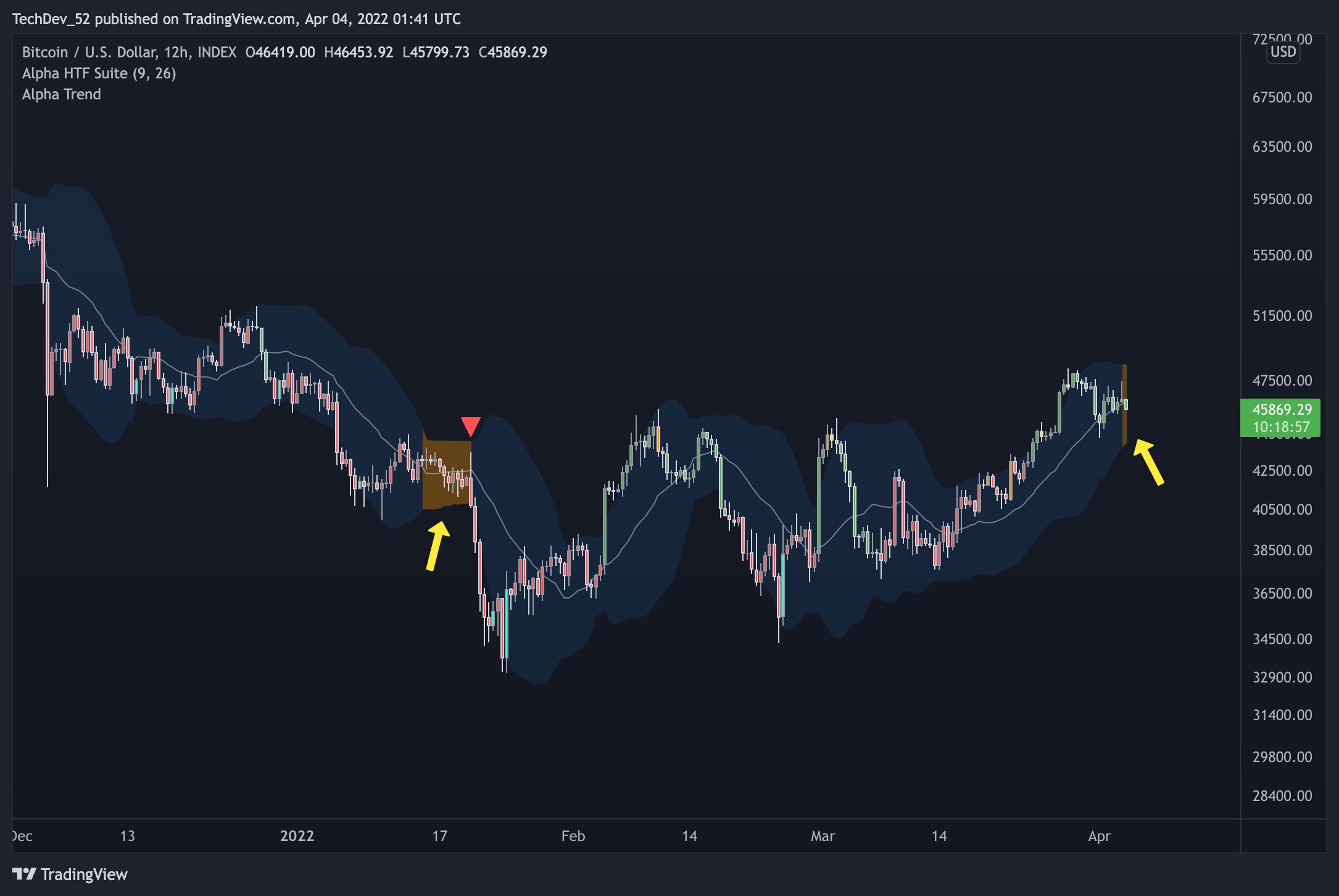 As an indicator of volatility, TechDev used Bollinger Bands, according to which BTC/USD is now crossing the middle of the channel from bottom to top. The analyst is modestly silent about the direction of the upcoming breakout, but it is clear that this is a continuation of the bullish momentum.

On April 2, Amsterdam Stock Exchange trader Michael van de Poppe said that maintaining the $45,000 level as support should provide a test of $50,000 next week.

And at this time, the number of bitcoins on the exchanges is decreasing.

According to data from analytics firm Glassnode, March saw bitcoin outflows from exchanges as their deposits dropped by nearly 100,000 BTC. 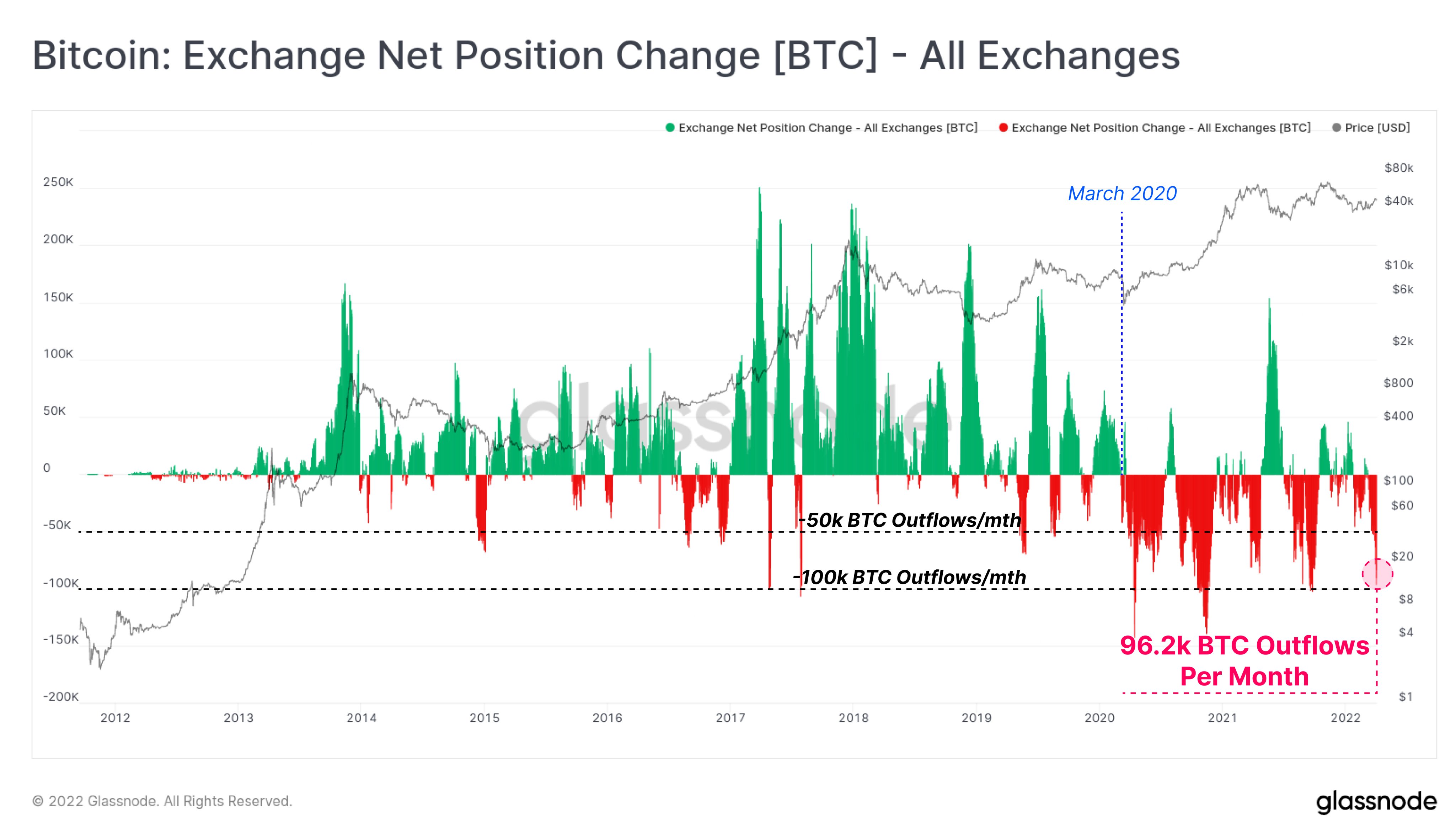 The dynamics of exchange deposits of bitcoin. Source: glassnode

Over the entire period of observation, there were only two cases when the outflow of bitcoins exceeded the mark of 100,000 BTC.

“Cumulative exchange outflows of this magnitude have only been seen in a handful of cases in history, most of which occurred after the liquidity crisis in March 2020,” Glassnode analysts commented on the chart of Bitcoin exchange deposits.

If investors behave in the same way as after the covid market crash, then they will need some time to comprehend the situation. In March 2020, BTC/USD managed to recover in just a few days after falling by 60%, however, it was only in the 4th quarter that a strong growth began.

CryptoQuant, an analytics platform that tracks the balances of 21 major exchanges, has reported that BTC deposits are now at their lowest level since August 1, 2018.