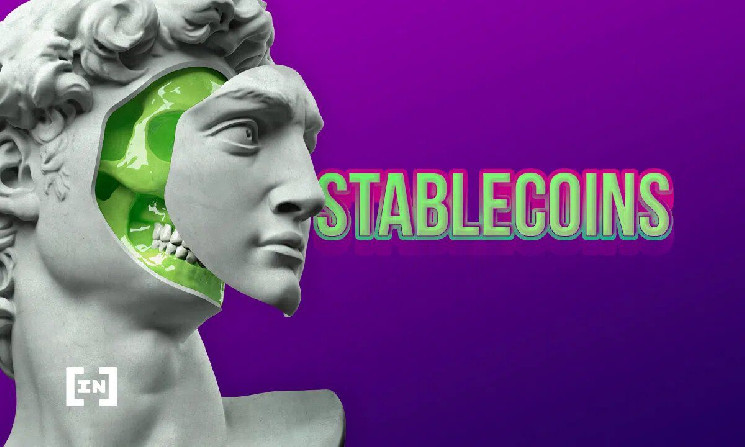 Terraform Labs CEO Do Kwon, along with Frax Finance and Redacted Cartel, teamed up to win the so-called “‎Curve Wars” (we are talking about wars around the ‎Curve Finance protocol), which could potentially deal a fatal blow to the DAI stablecoin.

“Curve wars are over, all issuance goes to 4pool,” he said, referring to the frequent race between protocols competing for higher rewards on Curve Finance, a popular Ethereum-based DeFi platform.

1/ Introducing the 4pool – between @fraxfinance, TFL and @redactedcartel we pretty much own all the cvx

Curve wars are over, all emissions are going to the 4pool https://t.co/LNJs7CAfcV

Composed of USDC and USDT stablecoins, the 4pool is a new four-token liquidity pool on Curve that also includes decentralized stablecoins UST from Terra and FRAX from Frax Finance. The pool aims to dominate the Curve stablecoin market with over $21 billion in assets under management.

In pursuing 4pool’s leadership position, Kwon intends to lure investors away from 3pool by offering incentive programs to users that boost liquidity in his new pool.

“In the future, we will also direct issuance to other stablecoins that are compatible with 4pool, and not just 4pool itself,” Kwon said. “The goal is to deplete 3pool. [Это] It won’t take long,” he added.

Kwon also hopes that Terra, Frax, Redacted and Olympus will use their sizable holdings of CVX from Convex – a token that gives holders the right to vote on key decisions on Curve – to boost 4pool’s liquidity.

Convex gives you access to liquidity and allows you to earn commissions in the Curve ecosystem. According to some analysts, he accounts for about 40% of the votes on protocol decisions. Others say that this number is much less – only 14%.

To date, 3pool has received over $3.3 billion, most of which went to DAI. However, according to experts, the 4pool alliance could change that.

“If UST and FRAX become more liquid than DAI, this means that their utility as stablecoins will increase relative to DAI‎,” cryptanalyst Erica Wall tweeted.

“Each of these coins still have their own stabilizing mechanisms, but being able to manage them with Curve Finance is a big deal.”

Kwon has stated in the past, “DAI will be done away with [от] my hand.”

By my hand $DAI will die.

DAI will not lose its peg to the US dollar

There are also those who question the beliefs of the founder of Terra.

Investor and DeFi analyst Korpi argues that 4pool will not replace 3pool, even if the pool has “substantially grown” to attract more liquidity.

“I don’t see how the liquidity drop in 3pool, which is likely to happen, could cause DAI to lose its peg,” Korpi asks.

“DAI is a debt-based stablecoin. In order to mint DAI, users must lock up collateral in the MakerDAO vaults, with the amount of collateral being much greater than the value of the DAI in circulation. Until the collateral [превышает] issued by DAI, the coin will not lose its peg to the US dollar. The stablecoin could become more volatile as liquidity declines, but this is highly unlikely.”

“Any stablecoin that uses 4pool for its underlying liquidity will receive direct support from both Terra and Frax‎,” he tweeted. “Frax will immediately offer a veFXS indicator that will issue additional FXS tokens on top of your pool’s CRV+CVX tokens‎,” added the Frax Finance founder.