Experts told when the bitcoin rate will update the historical maximum 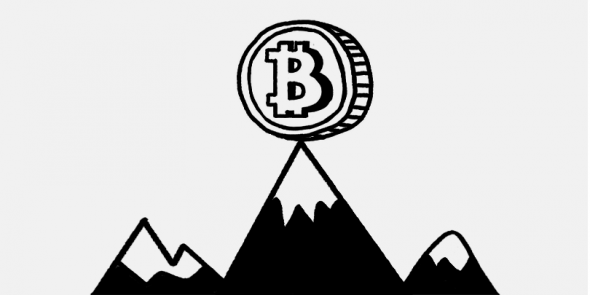 On April 4, bitcoin is trading at $46 thousand, its capitalization is $874 billion. In November last year, the price of the cryptocurrency reached $69 thousand, since then the asset has fallen in price by 33%.

RBC-Crypto experts told when bitcoin can return to peak values ​​and what factors are needed for this.

“Bitcoin has a chance to continue the trend”

Bitcoin is still in a global downtrend, but geopolitics can turn the tide of the standard for the crypto market one and a half to two years of correction – “crypto winter”.

Growth in recent weeks may be primarily due to the correction of a serious decline that took place from November last year to early February this year. However, the resulting negative factors for the traditional market may change the typical behavior of the crypto market into something new: it is quite possible that under the current circumstances, the usual bear market correction will become the starting point for setting new price records.

The global financial market has not experienced similar geopolitical and economic problems this century, so it is difficult to predict the future behavior of the market. The positive moment is that bitcoin managed to confidently gain a foothold above $42 thousand earlier and “break the wedge up”, now it has every chance to continue the trend. However, despite this positive, we assess the chances of such a scenario as very low.

Most likely, after the update of the local maximum near the levels of $50-52 thousand, we can see the resumption of the global downward trend in prices with medium-term goals of about $28 thousand. If we do not take into account the problems of the traditional stock market, then the correction of the crypto market has not yet been fully completed, therefore it is still too early to seriously talk about the transition to the global growth of bitcoin as the main trendsetter.

According to our estimates, in the absence of serious shocks, the market will be able to move to growth no earlier than the beginning of 2023, or until volumes in the range of about $25-30 thousand are “traded”, similar to the results of early 2021.

“Bitcoin may form another wave of decline”

I expect bitcoin to reach an all-time high in the second half of this year. The growth of recent months increases the chances for the continuation of the upward trend in BTC, but at present there are factors that somewhat slow down the recovery of prices for the benchmark.

In the event of a more aggressive tightening of the monetary policy by the world central banks (in May, the Fed may raise the rate by 0.5 bp at once) in an attempt to cope with inflation, the cryptocurrency market may sink as investors avoid risk. Also, in recent days, there has been a weakening of the growth dynamics of cryptocurrency on wallets: the increase in holders against the background of the breakdown of a two-month flat by bitcoin was limited, and the price could not develop further growth.

The large withdrawals of recent days from exchanges are primarily related to the activity of the Terra Foundation, and do not unambiguously indicate that all market participants are set to grow: low volumes of cryptocurrency futures trading show that players are in no hurry to take risks and enter into margin transactions.

I do not rule out that within the current flat trend, the price of BTC may form another wave of decline to the lower limit of the current range (the level of $ 32 thousand) before developing growth to a historical maximum in the second half of the year.