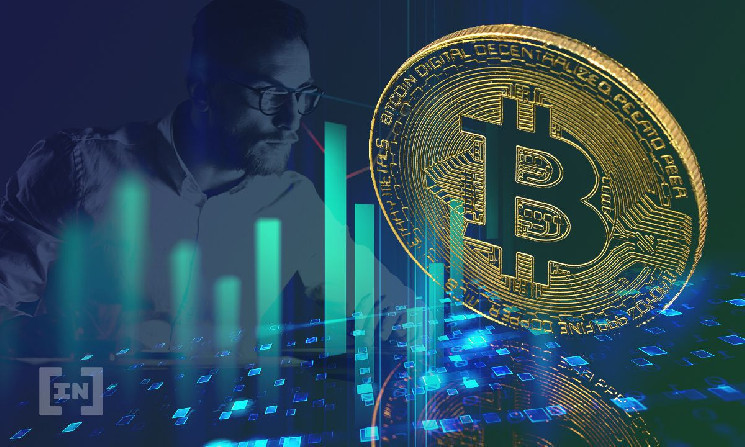 Bitcoin has been rising since April 1, when it bounced off the $44,800 area. Previously, it acted as resistance, but then BTC turned it into support

Despite the absence of bullish activity, technical indicators on the weekly chart show a positive mood.

Thus, the MACD is growing and is in the green zone, while it has formed three consecutive rising momentum bars (green icons). All of these are bullish trend signals.

In addition, the RSI index, which is a momentum indicator, is also rising and holding above the 50 mark.

Thus, the weekly timeframe indicators suggest that the long-term trend for BTC is bullish.

On the daily chart, Bitcoin made a significant bounce (green icon) on April 1, forming a bullish candle in the process.

Before the bounce, BTC retested the previous bullish breakout level at $44,800. It should now become support.

As with the weekly time frame, the daily MACD and RSI are rising, with the former in the green zone and the latter above 50.

The next immediate resistance will come into play at $51,000. This is the Fibo 0.5 correction level, as well as the resistance line of the ascending parallel channel, which has been present on the chart since January 22.

On the 2-hour chart, BTC has been moving along a descending resistance line since March 28. The price has already bounced off this line several times (red icons). Her bullish breakout should accelerate the coin’s growth rate. 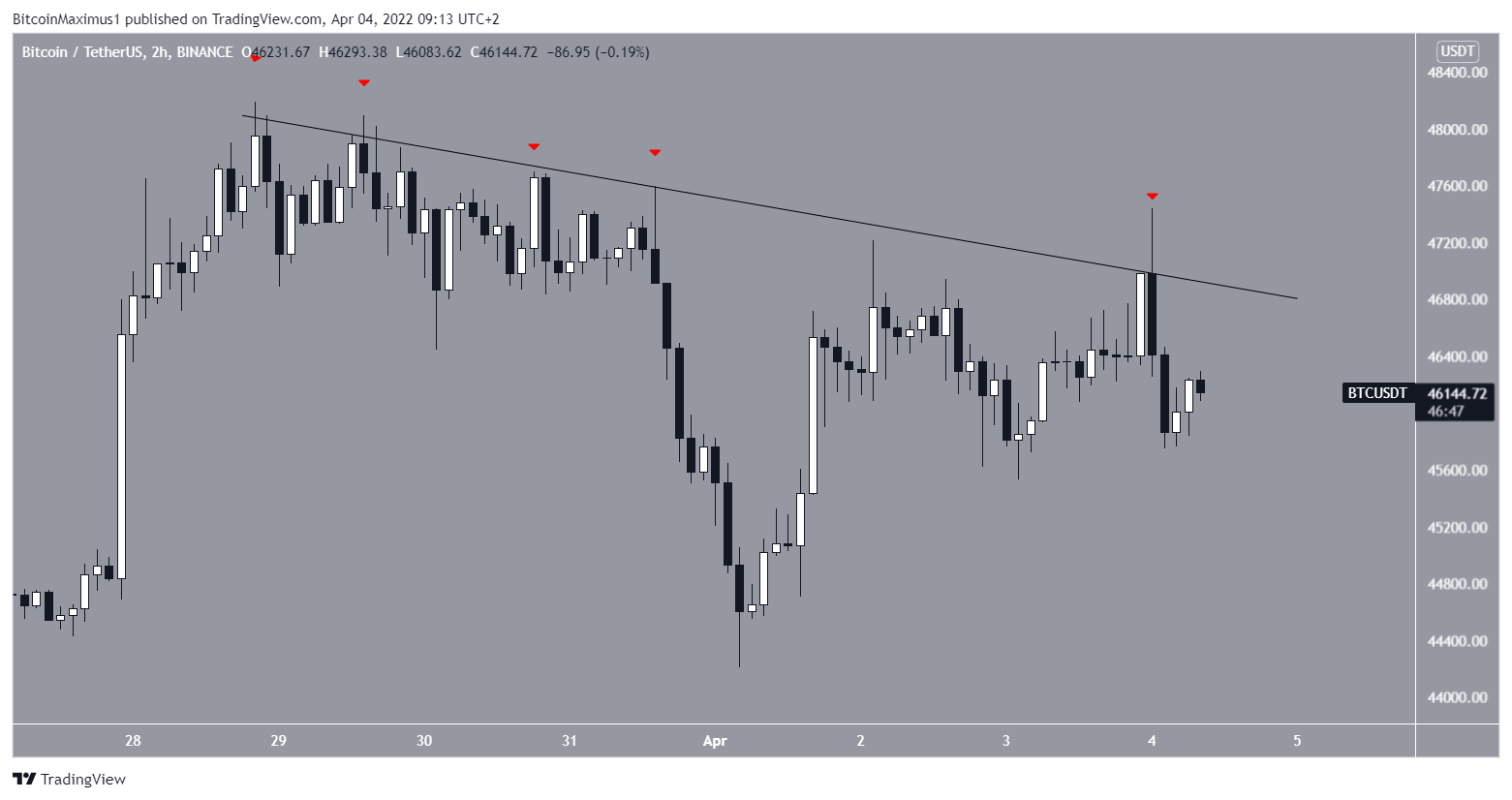 results wave analysis suggest that bitcoin is approaching the top of wave C of the ABC price structure (black). The results of the sub-wave analysis are presented on the graph in white. They suggest that BTC has just begun the formation of the fifth, the last, sub-wave.

Within this wave, the price can reach the target area of ​​$50,700. This will give us a ratio of waves A:C as 1:1, which is typical for such structures. In addition, the Fibo level 1.61 of the external correction of sub-wave 4 (white color) also highlights a similar target. And finally, the high at $50,700 will be very close to the resistance area we marked earlier on the daily chart.

The combination of these factors makes this area a very likely target for BTC highs. 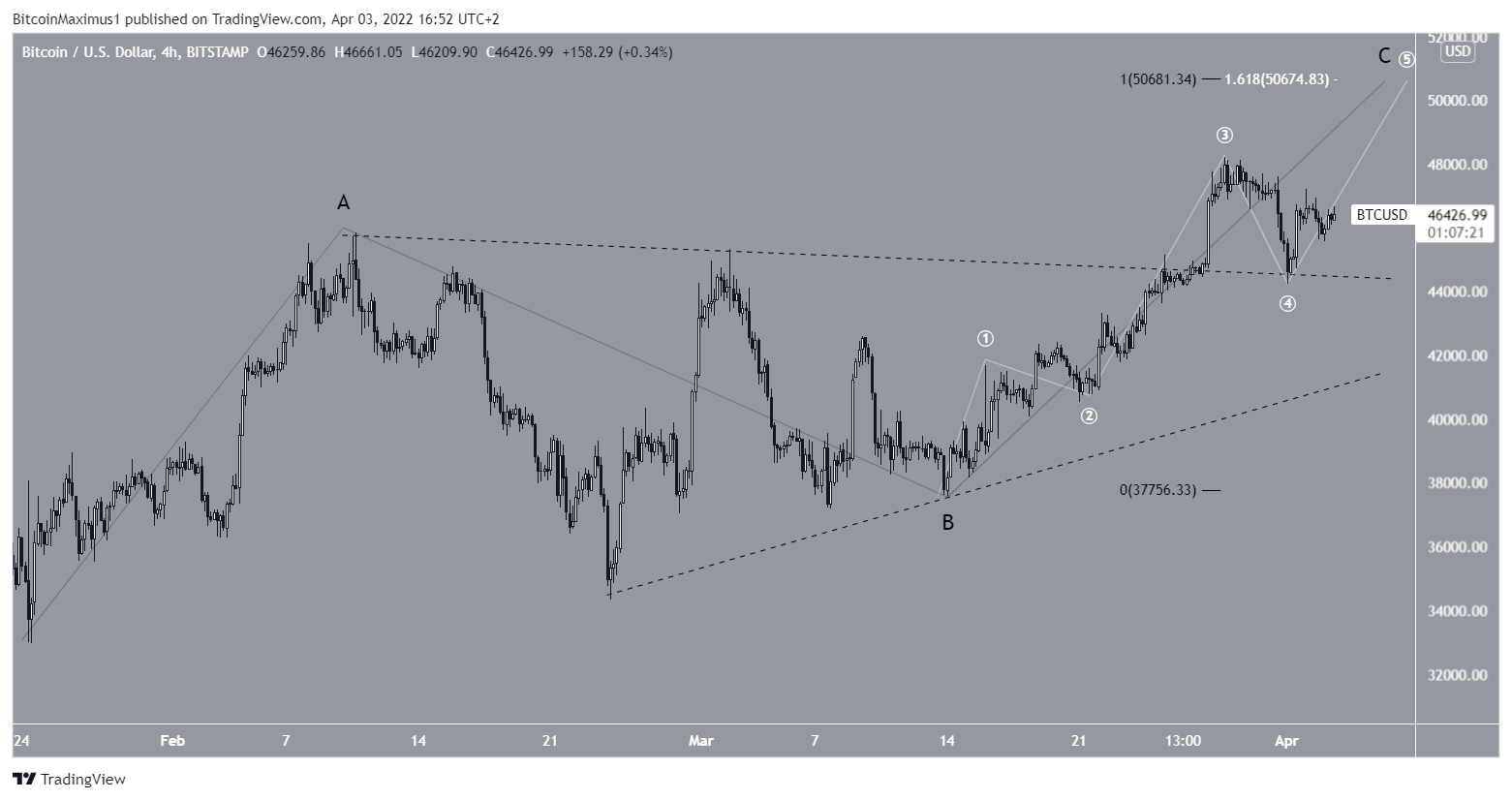