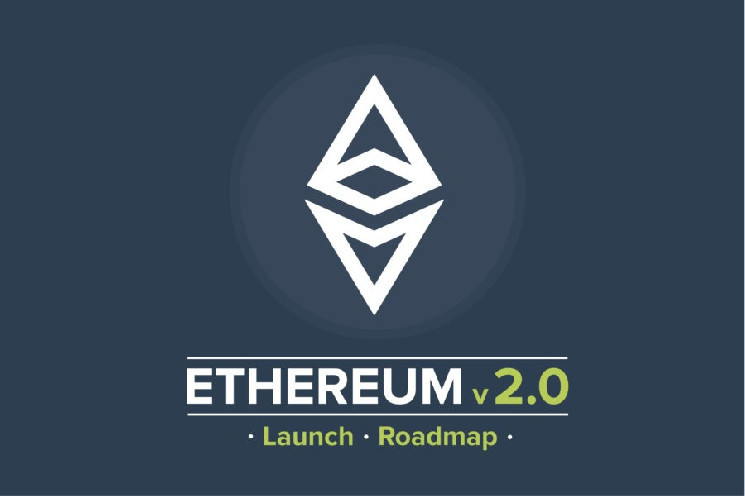 Ethereum supporters told what to expect from the transition to ETH 2.0

The r/Ethereum community, which brings together 1,300,000 members interested in the development of the Ethereum (ETH) blockchain, has issued a statement clarifying the most common misconception about the transition of Ethereum to Proof-of-Stake.

ETH2.0 is not a “product” that will “launch” one day. As Vitalik described it, Ethereum will gradually turn into another, more advanced version with subsequent improvements. 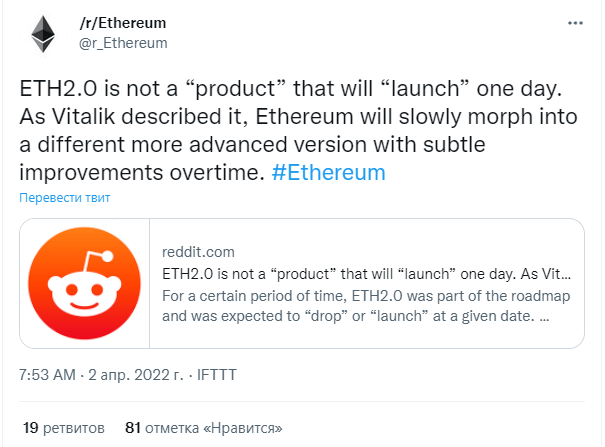 Web3 advocates expect the new Ethereum (ETH) to be launched as a new product on a specific date. As a rule, projects have an exact launch date for the main or testnet, but this is not applicable for the flagship smart contract platform.

Instead of waiting for a hypothetical “Ethereum 2.0 deadline”, Ethereum (ETH) proponents are better off focusing on two things: moving to Proof-of-Stake (PoS) as a technical backbone and deploying a sharded network infrastructure.

This statement was well received by the community – r/Ethereum members voted for it more than 400 times in 12 hours after publication.

Meanwhile, the Ethereum (ETH) deposit contract has set another record: it currently holds 11,041,778 Ether worth $38.7 billion.

If we compare this figure with the value of a public company, then Ethereum would be on par with Motorola, BNY Mellon, Norilsk Nickel or ST Microelectronics.