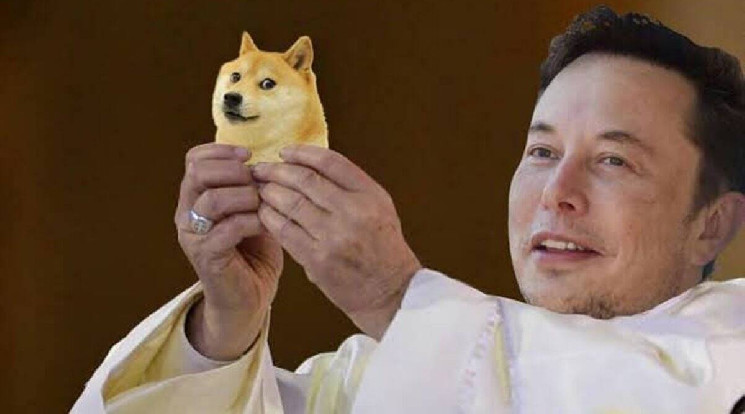 Tesla and Spacex CEO Elon Musk shared a video about the crypto-currency meme Dogecoin (DOGE) as he responded on April 1 to a tweet about Bitcoin mining by Ark Invest research director Brett Winton.

In the tweet, Winton quoted a bitcoin mining conversation in which he tried to explain to his mom that BTC miners are computers. Elon Musk suggested showing his mom a video called “Ð is for Ðogecoin,” which he thought explained everything. 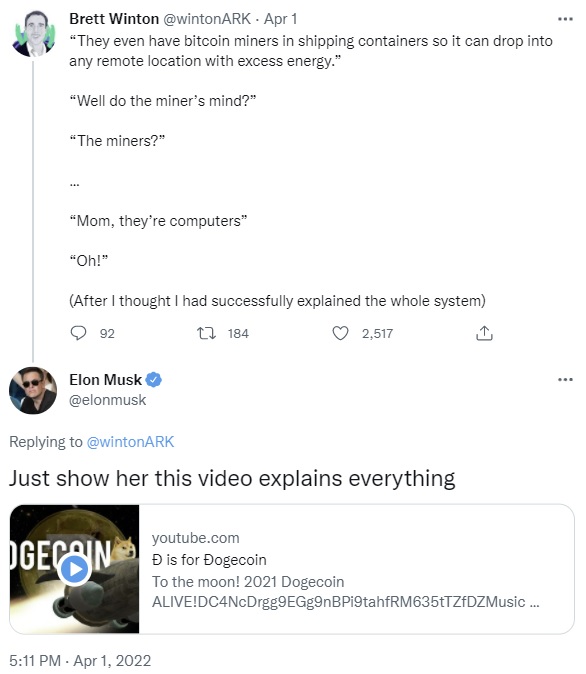 In a short video, the mascot of DOGE, a Shiba Inu dog, goes on a trip to the moon. Along the way, sitting on a rocket, the meme bypassed Bitcoin and other cryptocurrencies, such as Litecoin.

I’m afraid the meme is too far away from her. But my 5-year-old child, on the contrary, is desperately asking to create an account on Coinbase, Winton replied.

Dogecoin co-creator Billy Markus wrote that the video was “the best video ever.”

On April 3, Dogecoin, the 12th largest cryptocurrency by market capitalization, was trading at $0.1463 per coin, on April 1 it was valued at $0.1420. As we can see, Musk’s latest DOGE tweet didn’t change course much. Perhaps not everyone liked the video?