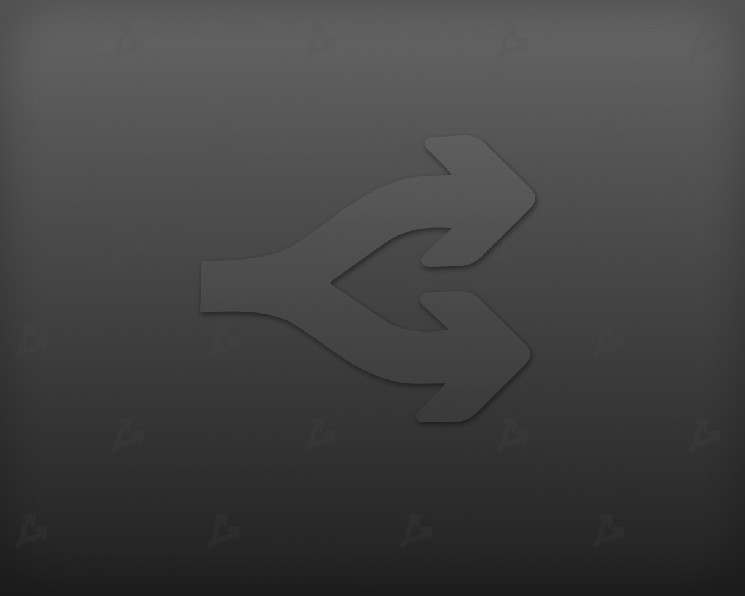 a hacker stole $625 million from the Ronin sidechain, and the 19 millionth anniversary coin was mined in the bitcoin network

A hacker stole a record $625 million for the DeFi sector from the Ronin sidechain, the 19 millionth coin was mined in the Bitcoin network, the European Parliament supported the mandatory verification of users of non-custodial wallets and other events of the outgoing week.

The price of bitcoin at the moment has overcome the level of $48,000

On Monday, March 28, the quotes of the first cryptocurrency continued the growth started over the weekend, reaching a local peak just above $48,000 on Tuesday. The asset failed to gain a foothold above this mark. At the time of writing, Bitcoin is trading near $46,337.

The rest of the top 10 digital assets by market capitalization also ended the week in the green. The best dynamics was shown by Solana (+33%) and Terra (+24.5%), which renewed their all-time high. 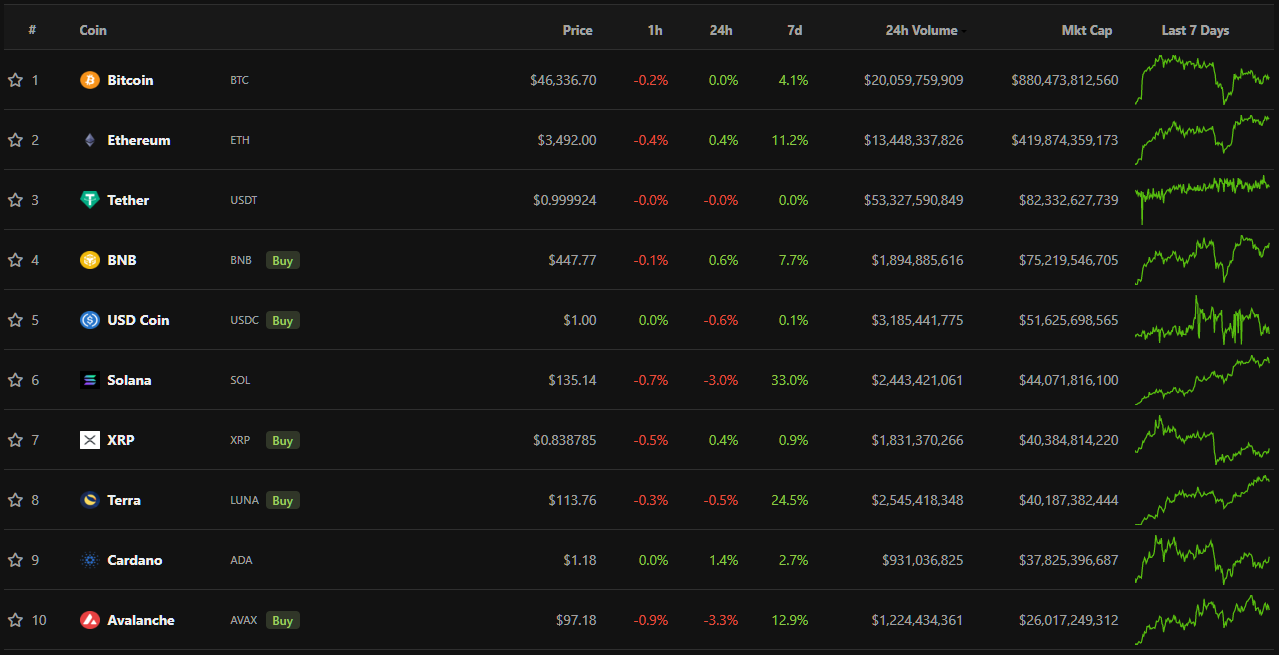 According to the CoinCodex service, the token of the management token of the lifestyle platform STEPN has risen the most over the week among moderate-cap digital assets. Green Metaverse Token (GMT) price. Its price has increased by 217%.

The token of the cryptocurrency broker Voyager Digita fell in price more than others. The price of VGX dropped by 14.49%. 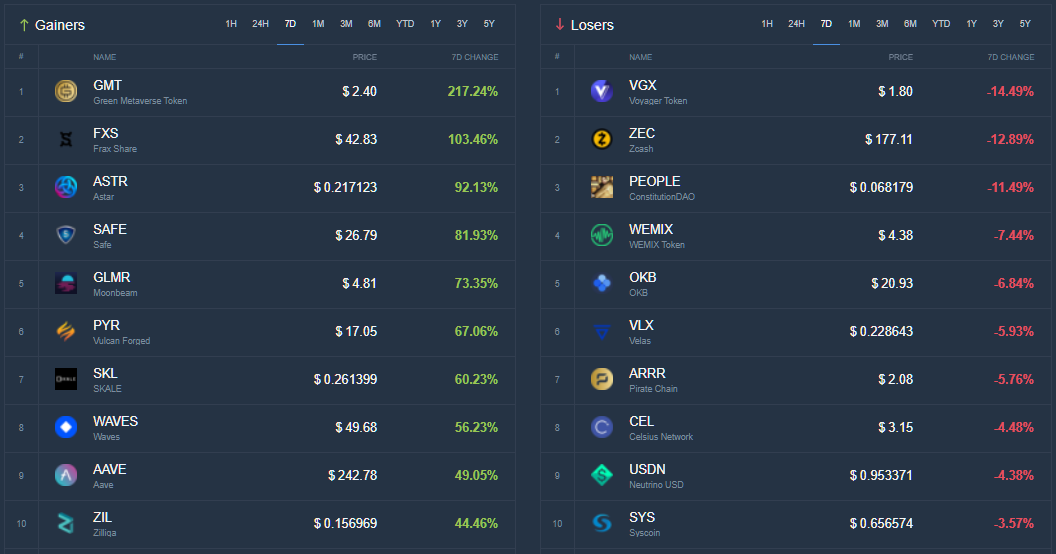 The total capitalization of the cryptocurrency market amounted to $2.26 trillion. The Bitcoin dominance index dropped to 38.9%.

The Ethereum sidechain Ronin has been hacked. The attacker withdrew crypto assets for $625 million

The attacker attacked the Ronin sidechain involved in the Axie Infinity blockchain game and withdrew crypto assets worth ~$625 million. The incident was the largest theft in the history of the DeFi segment.

On April 2, the Inverse Finance landing project reported a hacker attack that resulted in the theft of assets worth $15.6 million. The protocol team promised to compensate users for their losses.

An attacker exploited a vulnerability in the Keep3r price oracle, which Inverse Finance uses to track token prices. The exploit allowed the hacker to “cheat” the protocol – he inflated INV quotes and used the asset as collateral on the Anchor Protocol market.

On Friday, April 1, miners mined the anniversary 19 millionth bitcoin. This event took place on block 730,002. At the moment, over 90% of the total supply of digital gold has been mined, which is limited to 21 million BTC.

The new version of the MetaMask mobile wallet (v4.3.1) has support for Apple Pay and gasless transactions, as well as a dark theme. The integration of Visa and MasterCard credit cards for iOS users is implemented thanks to technologies from the startup Wyre. According to the developers, buying cryptocurrencies for fiat will become even easier.

Football player Lionel Messi has entered into a three-year deal to promote the Socios fan token platform. The amount of the contract was $20 million. As a brand ambassador, Messi will take part in several advertising and educational campaigns.

Socios platform operator Chiliz this week announced the launch of the Chiliz Chain 2.0 blockchain testnet. The EVM-compatible network is built in collaboration with the Ankr project. The network is designed to reduce the cost and speed of transactions, as well as allow developers to issue NFTs and fan tokens, create DeFi products and P2E games.

The Fantom project announced the launch of its own USDB stablecoin with high-yield liquidity pools as collateral. The issuer will be an established organization, Balance, which includes some members of FantomDAO.

Tokenomics involves burning the FantOHM (FHM) token to issue USDB and reverse the process to create FHM backed by assets in the Fantom treasury.

Discussions on cryptocurrencies and mining have become more frequent in Russia

Deputy Minister of Energy of the Russian Federation Yevgeny Grabchak proposed introducing regional quotas for mining and allocating sites for mining at the regional rather than the federal level. At the same time, he called for quoting free energy capacities for the production of cryptocurrencies to be correlated with regional development plans.

Ivan Chebeskov, head of the financial policy department of the RF Ministry of Finance, called the sanctions a motivation for developing their own infrastructure for the cryptocurrency market.

NFT-museum of the war of Russia against Ukraine raised over $500,000

As part of the NFT-museum of metahistory, launched by the Ministry of Digital Development and the Ukrainian blockchain community, dedicated to the chronology of Russia’s invasion of Ukraine, 1,153 works from the collection worth more than $500,000 were sold.

The European Parliament supported amendments to the regulation on the exchange of information between counterparties, which involve the collection of data on users of non-custodial cryptocurrency wallets.

The measure is aimed at implementing the “road rule” FATF. The latter obliges digital asset service providers such as exchanges and custodial services to share information about their customers when transmitting transactions.

The amendments will oblige cryptocurrency exchanges and other platforms to verify users of non-custodial wallets when conducting transactions with them. At the same time, the de minimis principle does not apply to such transfers, so we are talking about the collection of information in the framework of any transactions, regardless of their volume.

The Shiba Inu meme-token team revealed the details of the launch of their own metaverse SHIB: The Metaverse. Its territory will be divided into 100,595 land plots, the price of which varies from 0.2 ETH to 1 ETH. The metaverse will feature all Shiba Inu ecosystem tokens, including SHIB, LEASH, and BONE.

Land owners will be able to generate passive income. In addition, the metaverse will use the Shiba Inu Tier 2 solution, Shibarium.

MicroStrategy raises $205 million secured by its own bitcoins

A division of MicroStrategy – MacroStrategy – received a loan in the amount of $205 million secured by its own crypto assets. The loan was issued by the American bank Silvergate. The purpose of the loan is to buy bitcoins.

Blockchain.com is valued at $14 billion

Cryptocurrency wallet exchange and provider Blockchain.com has closed a funding round for an undisclosed amount. As a result, the company’s valuation reached $14 billion, Bloomberg reported.

The day before, Blockchain.com acquired Altonomy, an OTC platform that specializes in providing liquidity in altcoins. The deal amounted to $250 million in cash and shares.

Ripple co-founder Chris Larsen has partnered with the Sierra Club, Greenpeace and other climate organizations to launch the Change the Code, Not the Climate campaign. The participants of the initiative allocated $5 million to achieve the transfer of bitcoin from the Proof-of-Work algorithm to Proof-of-Stake (PoS), which caused an angry reaction from the community.

Such calculations are given in the draft budget until 2032, which is based on expanding the requirements for tax reporting of digital assets.

At the same time, the US Department of the Treasury put forward a proposal to extend to cryptocurrencies the requirement to inform the Internal Revenue Service about the presence of accounts abroad with assets over $50,000. At the moment, this rule does not affect digital currencies.

The People’s Bank of China will expand the pilot testing of the digital yuan to even more cities. The regulator noted the growth in the number of transactions with CBDC and the success of the experiment as part of the 2022 Winter Olympics.

The program will include Tianjin, Chongqing, Guangzhou, Fuzhou, Xiamen and six cities in Zhejiang province that host the Asian Games.

The editors of the artificial intelligence magazine ForkLog AI have launched a channel on TikTok, where they plan to share the results of experiments with various neural networks.

Since the beginning of the Russian invasion, cryptocurrencies have become one of the largest and most effective channels for funding Ukraine’s humanitarian and military needs. They told how cryptocurrencies save the lives of hundreds of thousands of Ukrainians in a war.

ForkLog figured out why the dollar first collapsed to a record level and then recovered, and how cryptocurrencies allow residents of the Russian Federation to buy foreign currency bypassing the Central Bank’s currency restrictions.

The popularity of cryptocurrencies is growing every year. Today, digital assets can be easily and legally bought by anyone. We have prepared a step-by-step guide that will help you figure out how to buy cryptocurrency and how to store it on your personal wallet.

ForkLog AI has collected the most important news from the AI ​​world over the past week.

The decentralized finance (DeFi) sector continues to attract increased attention from cryptocurrency investors. ForkLog has collected the most important events and news of recent weeks in a digest.

On Monday, the traditional ForkLog LIVE broadcast took place. On the agenda are the behavior of whales and their impact on the growth of bitcoin, as well as the prospects for Web 3.0. The news of the week and questions from the audience did not pass by. Guests of the issue: trader Vladimir Cohen and DeFi/DAO consultant Denis Smirnov.