Top 10 Altcoins Not to Miss in April

Swipe is a platform that brings together the world of cryptocurrency and fiat money. To this end, it cooperates with payment systems and launches cards that allow you to quickly transfer cryptocurrency to fiat and vice versa.

The project has three products: a wallet, a debit card, and a native SXP token. SXP is part of the decentralized finance (DeFi) segment.

The project has many events planned this month: mobile and web wallet updates and the deployment of the Solar Side Ledger Protocol.

In the context of price action, the SXP formed several bullish divergences and broke through the important $1.45 level.

The next major resistance area is $2.90. 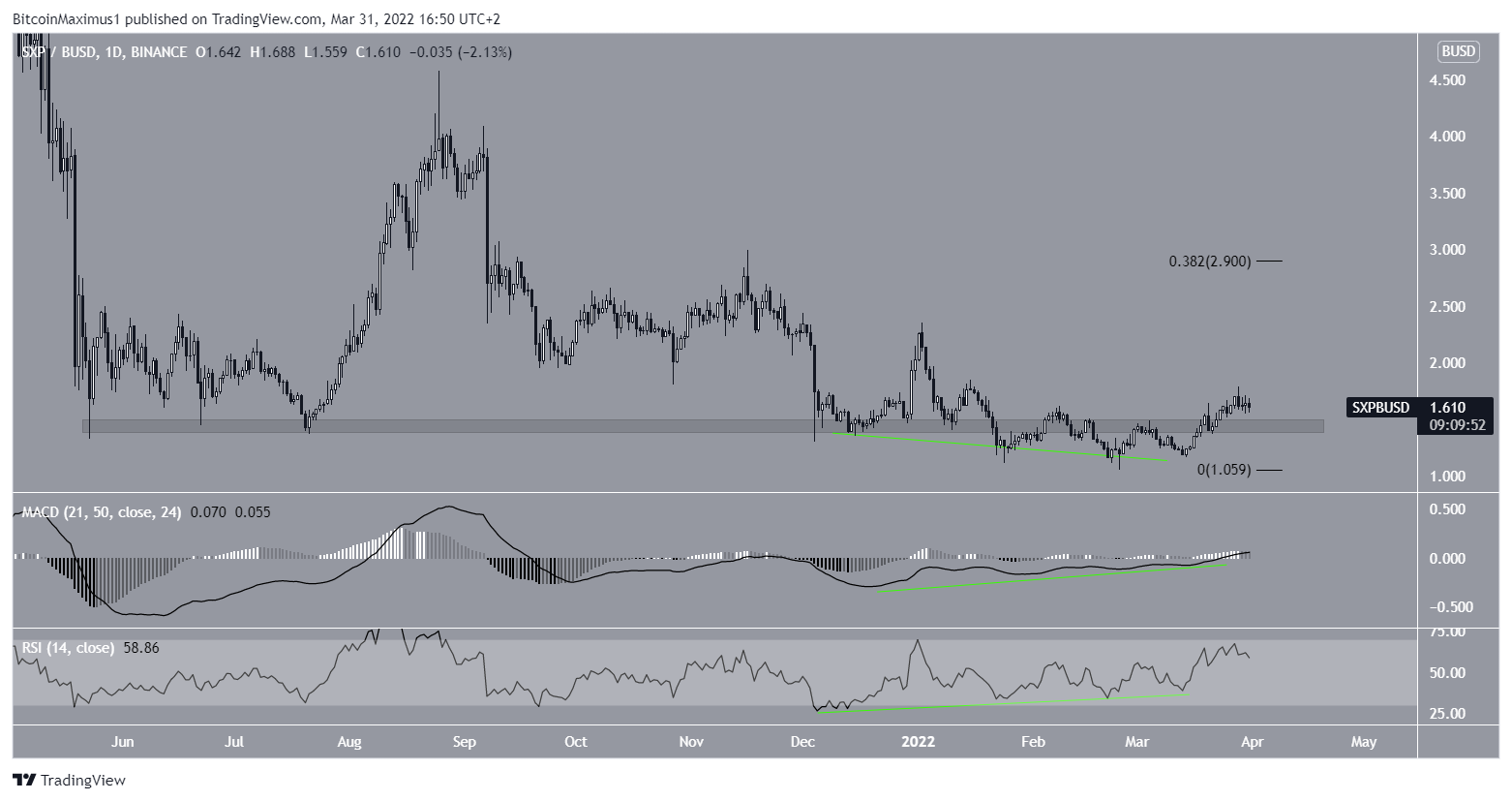 AXS is the native Axie Infinity token of the semi-large play-and-earn game. It is used for managing, staking and breeding fees for digital pets. Breeding is the process of creating new Axis (playable characters).

Despite the painful hack that took place on March 29, the project plans to release new versions of Axi and plots of game land. AXS will quickly find applications.

AXS broke through the descending resistance line on March 16 but has yet to break through the resistance at $68. Now the price is trying to find support. 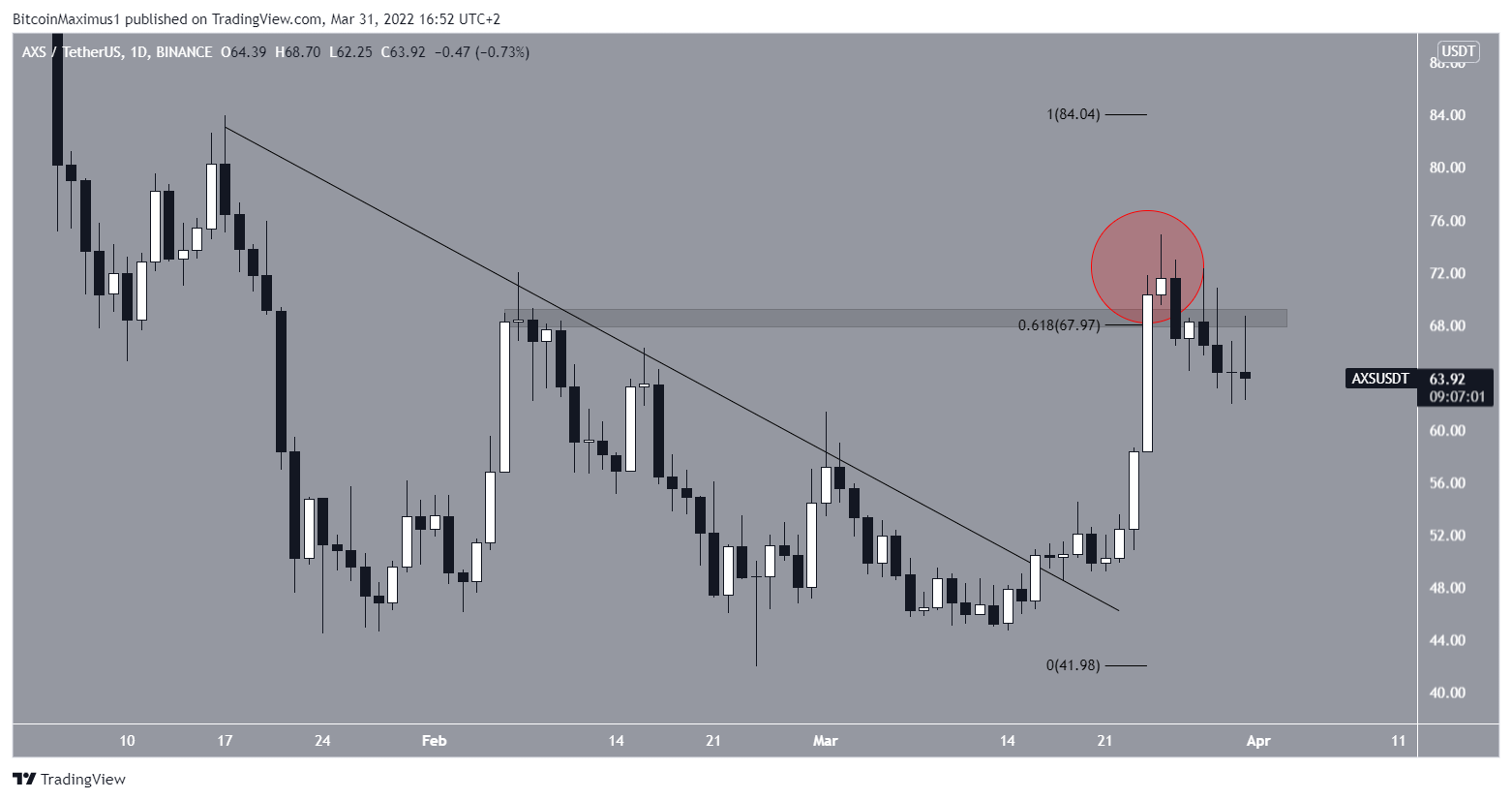 The platform’s native token is ATOM. It is based on the proof of stake algorithm. The eighth version of the main network, called Rho, will be released this month.

Since March 14, ATOM has been trading inside an ascending parallel channel. Now the price is in the middle of the channel. There are no clear bullish signals yet.

The platform specializes in building decentralized applications (dApps). The goal of the project is to simplify the use of blockchain technology for programmers as much as possible. The platform was launched in 2018. The platform’s native token is EOS.

The EOS team has not released major updates since the release of EOSIO 2.0 in 2020. However, Mandel 2.3 will be released this month.

EOS has been moving along an ascending support line since March 14th. It coincides with the horizontal support area of ​​$2.72. Such a merger is likely to help contain the downward momentum.

Kava is a DeFi lending platform. Here users can give and borrow, invest and earn. Moreover, the platform supports cross-chain interactions.

The native token of the project is KAVA. It provides platform security and is used for staking.

KAVA broke through the long-term descending resistance line on March 28. Now the price is testing this line as a support.

If it succeeds, growth to the $5.60 resistance is possible. 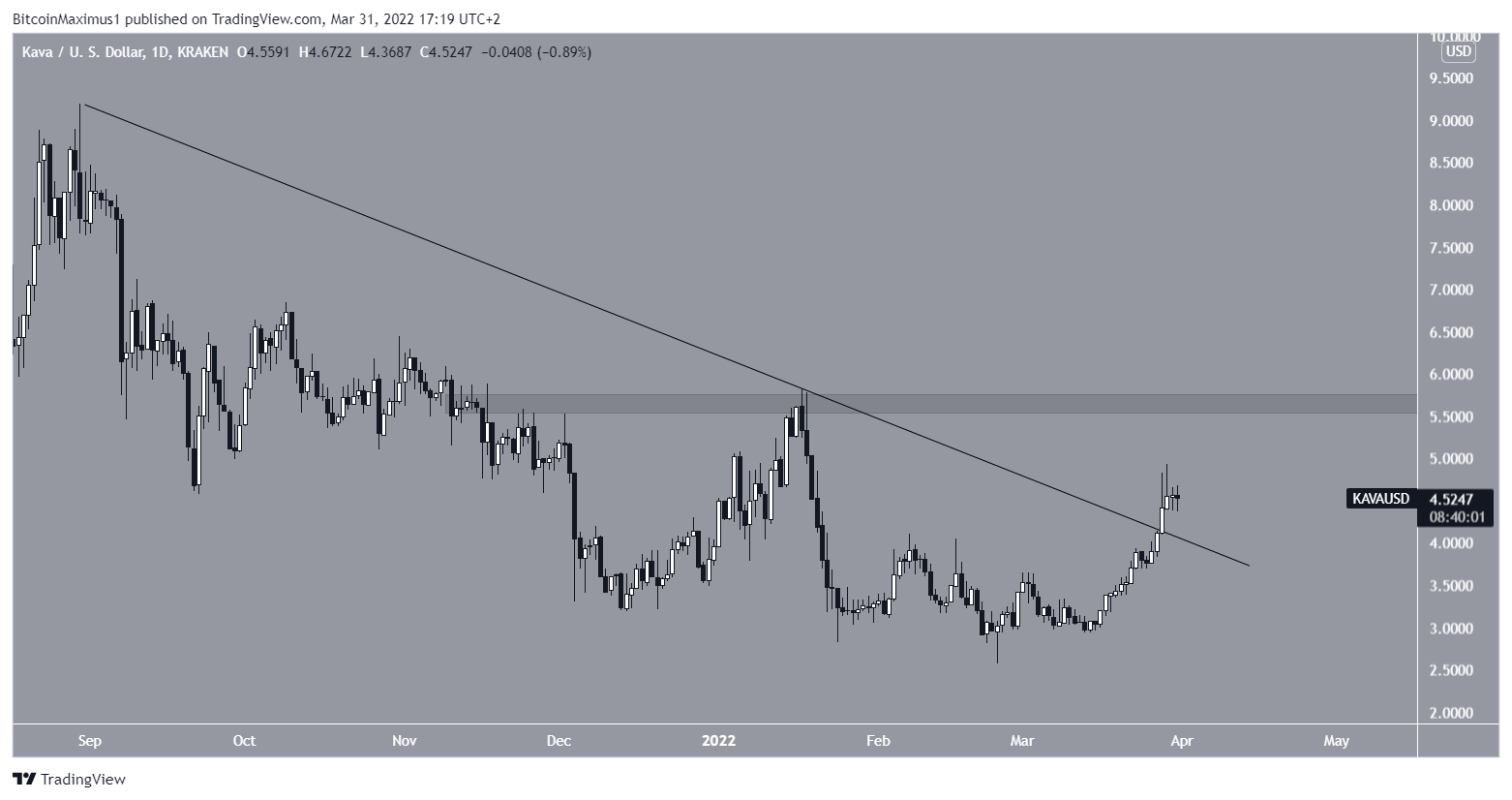 Elrond is a protocol that aims to provide exceptionally high transaction speeds through a sharding mechanism. This mechanism allows you to combine three different types of sharding, increasing the efficiency of transactions.

The platform’s native token is EGLD. Three tasks of the token:

The protocol will release Web3 metabonding this month. This will allow blockchain-based projects to build long-term relationships with the community by distributing 10% of EGLD coins to stakers.

EGLD has been rising since January 22nd. Now the price is trying to overcome the mentioned resistance at $200. In addition, EGLD is moving within an ascending triangle, which is also considered a bullish pattern.

In the event of a breakout, the next resistance area is at $295.

RSR is a platform with two stablecoins, its task is to mitigate the effects of inflation. Two stablecoins: Reserve stablecoin (RSV) and Reserve Rights Token (RSR). The latter uses an arbitrage system that supports the value of the former by $1. RSV is backed by a basket of cryptocurrencies and other assets.

A new protocol will be launched soon.

RSR broke through the descending resistance line on March 16, now the price is trying to overcome the $0.0173 area. If it succeeds, growth to the resistance of $0.0275 is possible.

Numerai is an Ethereum (ETH) based platform and Numeraire is its native token. It allows developers to create machine learning models that will later be used on the platform. As a result, Numerai’s main goal is to bring decentralization to the fields of machine learning and data science.

The platform was created in 2015. The platform’s native token is NMR.

The NMR token has been rising since January 23, after breaking through the descending resistance line on February 23. The next resistance is at $47.

Secret Network is a blockchain focused on data privacy. It is built on top of Cosmos and its native token is SCRT.

The protocol not only offers low fees, but also allows for staking and rewards.

Alpha mainnet update will be released this month.

SCRT has been trading inside a long-term symmetrical triangle since November 2021. The price rebounded from the support line on March 18 and began to rise.

The nearest resistance is located in the area of ​​$7.

Odin Protocol is a decentralized ecosystem launched on April 21, 2021. The platform’s native token is ODIN. Initially, 100 million tokens were created, 20% of which will be burned.

ODIN consolidated above the horizontal area above $0.085, the price broke through the descending resistance line.