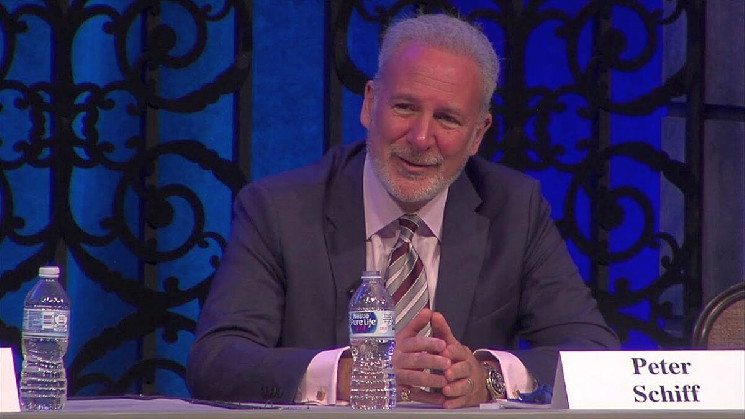 Bitcoin (BTC) critic and gold bug Peter Schiff made a statement about the Terra Foundation’s aggressive Bitcoin (BTC) buying policy and the technical design of the UST stablecoin.

On Twitter, Schiff criticized the idea that the USD-pegged Terra UST stablecoin could be backed by bitcoin (BTC). According to him, this scenario is very unstable.

Backing UST with bitcoin is not a cryptocurrency version of the gold standard. This is not at all like the way US dollars were once backed by gold.

Backing one cryptocurrency for another is worse than backing euros with dollars. It is not difficult to reproduce the gold standard of cryptocurrency. Just back up UST with gold! 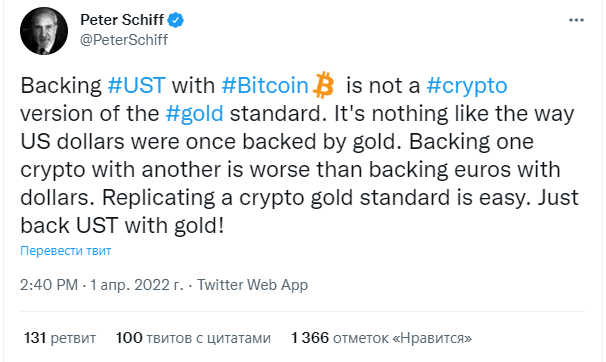 Do Kwon, founder and CEO of Terraform Labs, the Terra (LUNA) blockchain development studio and the UST stablecoin, is not thrilled with the proposal:

It should be noted that Terra’s decision to increase Bitcoin (BTC) reserves has already pushed the price of LUNA to new all-time highs.

Peter may be Satoshi because he is good at pretending not to understand bitcoin (April 1).