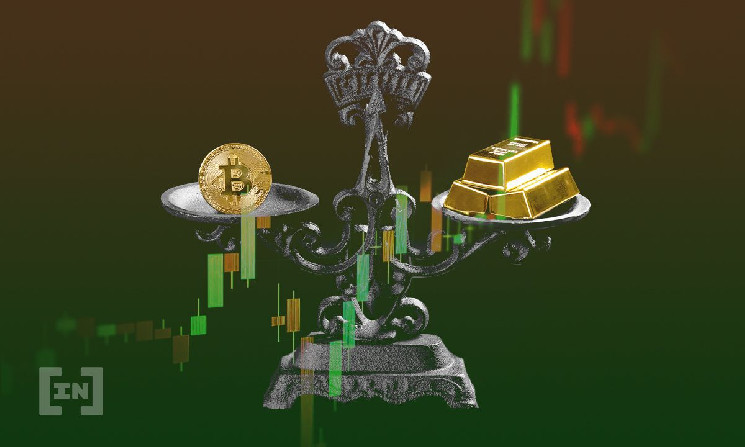 Volumes with digital gold doubled amid the fall of the ruble

Geopolitical instability and high inflation have increased the attractiveness of gold, which has risen in price by 6% in February

Gold-pegged stablecoins are actively gaining momentum among investors. This conclusion was reached by the analytical firm Kaiko with reference to the daily exchange trading volume of stablecoins. PAX gold (PAXG) volumes are reported to have almost doubled since September 2021. Tether gold (XAUT) trading volumes also rose, but less noticeably. Growth was recorded as the collapse of the Russian ruble, which recently reached a historic low. 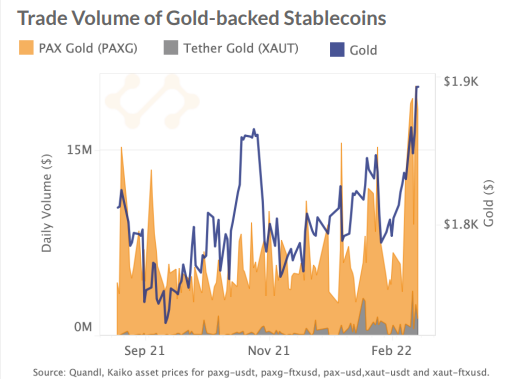 At the end of February, bitcoin still outperformed the S&P 500 index, as well as gold in terms of percentage growth. According to Kaiko, pThe price rally was driven by short liquidations in the derivatives markets in addition to strong demand in the spot market.

Read also: The Ministry of Finance urged Russians to invest in gold. Previously, the precious metal yielded to bitcoin in profitability

Recall that earlier the editors wrote that the volume of wallets with a balance of 10,000 USDT to 1 million USDT began to grow actively against the background of the escalation of the geopolitical conflict between Russia and Ukraine. Experts noticed that since February 28, the volume of large USDT wallets has returned to the level of almost 40%.

According to Santiment, the growth of USDT reserves may indicate a higher willingness of the whales to purchase cryptocurrency than a month ago. At the same time, the volume of bitcoin whales (from 100 BTC to 10,000 BTC) began to slowly decline.