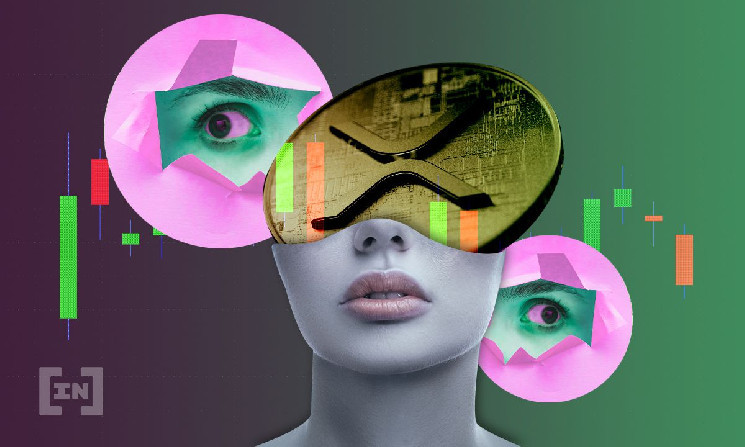 Sixth Attempt to Break Through Resistance in XRP – Coin Analysis

Editorial BeInCrypto decided to take a closer look at the situation for a number of popular coins, including XRPwhich leaves no attempts to storm the line of downward resistance.

Since January 24, Bitcoin has been moving above the ascending support line. BTC tested this level four times (green icons). The last time it happened was March 7th. In addition, the price briefly broke below this line twice, but recovered above it.

As long as this support remains unbroken, the short-term trend can be considered bullish. However, with each new touch, the support lines lose their strength. Therefore, it can be expected that eventually BTC will make its bearish breakout.

See also: What will happen to bitcoin if the Internet is turned off

ETH has been trading inside an ascending parallel channel since January 24. The median line of this channel has played the role of resistance many times (red icons). The last time it happened was February 25th.

On February 28, ETH recovered above the midline and tried to turn it into support.

However, on March 2, the price fell below this level (green circle) and has been declining ever since. At the moment, the market is approaching the channel support line and support of the February 24 wick (green icon).

The XRP rate has been declining since February 8, moving under the descending resistance line. The market tested this level six times (red icons), the last time on March 7th.

Since the resistance lines lose strength with each new touch, you can expect the coin to eventually break out of it. This is the most likely scenario.

In the event of such a breakout, the next immediate resistance will come into play in the $0.77-$0.80 region. This is the target range formed by the Fibo levels of 0.5-0.618 retracement.

Read also: Ripple hopes to deal with SEC by November

The coin of the Solana SOL project has been trading inside the “falling wedge” pattern since January 24. The wedge is often considered to be a bullish pattern, which means that the price could make a bullish breakout.

In case of a bullish breakout, the SOL price will target the nearest resistance in the $105 area.

Since January 22, the AVAX coin has been rising above the ascending support line, but on February 20 it broke through it, and on March 1 it turned into resistance (red icon). Since then, the price has come down.

The nearest support is located around $66.

Which of the minor coins do you consider promising? Share your opinion in the comments and join the discussion in our Telegram channel!

Bitcoin is falling, but this correction could lead to new growth

“Crypto winter will last until at least 2025”