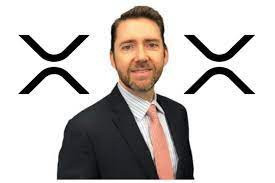 Ripple vs SEC Court May End Before November 18th: Opinion

According to lawyer Jeremy Hogan, Ripple assumes that its case with the SEC will be completed by November 18, 2022. He made such a conclusion on the basis of published documents in relation to another litigation conducted by the company.

“When will the Ripple v SEC case end? Ripple believes this will end sometime between August 26th and November 18th. In its pending class action, Ripple agreed to move the start of the case to November 18, believing the SEC case would be completed before then. Of course, this can be resolved at ANY TIME.

Ripple thinks it will end sometime between Aug. 26 and Nov. 18.

In its pending class action, Ripple agreed to move the case start back to Nov. 18 in belief that the SEC case will be finished before then.

Of course, it can settle ANYTIME. pic.twitter.com/fVawdduiNs

According to this document, the blockchain company proposed to postpone the start of the class action from the previously scheduled date of August 26, 2022 to November 18, 2022.

“Due to the overlap of factual and legal issues between this case and the SEC action, the parties agree that the effectiveness of certain aspects of the SEC’s action precedes certain deadlines in this action,” excerpts from the document say.

Ripple added that postponing the pending class action will reduce the burden on the parties and the court by narrowing the scope of the dispute and making it easier to disclose information about the case.

“The document makes me feel more confident in my September forecast for the summary judgment. I think Ripple thinks that [если] will win the SEC case in September/October, and then this class action will be dropped.”

Predictions for the SEC lawsuit

Since the SEC lawsuit against Ripple began last year, several legal and cryptocurrency experts have weighed in on the case, speculating about the exact end date of the case as well as its outcome.

In January 2022, attorney John Deaton, representing over 65,000 XRP holders, suggested that the lawsuit could end next year due to the SEC’s delaying tactics.

However, there have been several developments since then, mostly against securities regulators. Based on the new data, Deaton’s lawyer suggests that after Judge Sarah Netburn sees the amount of evidence “on camera” (SEC documents that she will look at in person behind closed doors), she will convince the SEC to participate in a mediation in which both the parties may agree to a settlement.

According to rumors, a settlement has already been reached in favor of the Ripple blockchain company. The SEC lawsuit against Ripple is reportedly ending in a settlement, with Ripple CEO Brad Garlinghouse hinting as well.