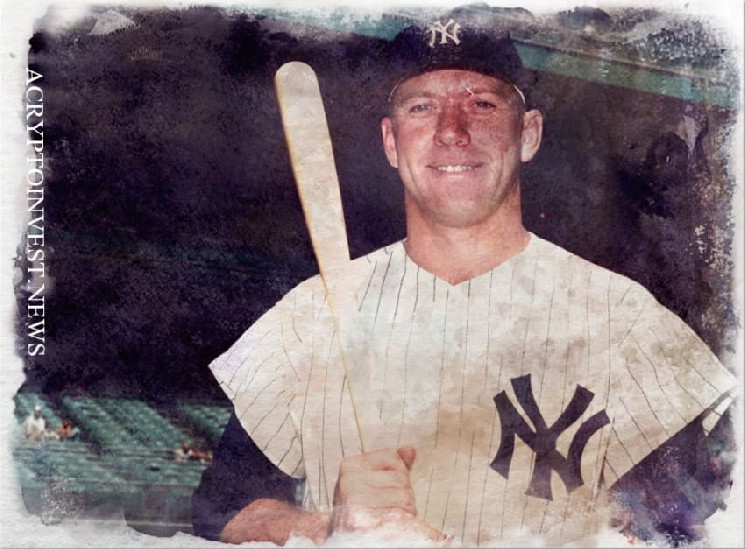 The NFT iteration of the coveted 1952 baseball card sparked a bidding war in the last hour of the sale, making it one of the most expensive sports NFTs ever sold.

The first edition of the Topps Timeless Series, the NFT of New York Yankees slugger Mickey Mantle’s legendary 1952 baseball card, sold for 175 ETH (approximately $471,000) in an OpenSea auction that closed on Friday around 19:00 UTC.

This sale was one of the largest in sports NFT history, surpassing the NBA Top Shot’s highest sales of $230,000 and $210,000 for limited edition LeBron James collectibles.

The “Mick” collectible is officially licensed by MLB and is being sold in partnership with the Mantle Estate, with the winning bidder also receiving a 30-minute interview with Mickey Mantle’s two sons, Danny and David Mantle.

“This card has been part of my father’s legacy for 70 years and it’s amazing to see how it continues to influence baseball collectors and fans around the world,” Mantle’s sons said in a statement. “We are thrilled to share this piece of history with Topps in a new and exciting way through NFT.”

The physical cards on which the NFT is based remain among the most desirable baseball cards on the market, with current prices ranging from $30,000 to $250,000, depending on their condition.

Topps has been an active player in the NFT game since April 2021 when he launched his first series of collectible digital baseballs at WAX. The trading card company then moved its NFT marketplace to the Avalanche blockchain in August, marking the launch of its first MLB-licensed “Inception” collection, where NFTs from the collection currently trade for around $2 each.

In January, Topps was acquired by sports merchandising giant Fanatics for $500 million. Fanatics, which announced a $1.5 billion funding round Thursday at a $27 billion valuation, is also the owner of the NFT baseball marketplace Candy Digital, which advertised Mantle for sale to its users in the weeks leading up to the auction.