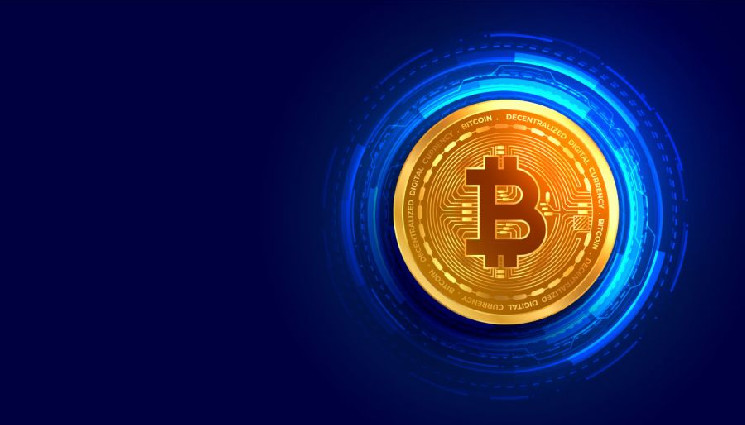 Cryptocurrency is not the biggest technical fear

Edelman began his research in 2001, and since then his annual reports have become a highly regarded barometer of public trust in social institutions.

More generally, its 2020 annual review (published in January, before COVID-19 became a major global economic shock) revealed many concerns about the growing importance of technology in the global economy. Most people thought the pace of change was too fast, with over 80% of those surveyed being particularly worried about losing their jobs due to automation. More than half of the participants expressed doubt that capitalism even works.

Sharp Gap Between US and China in Crypto Trust

Trust in blockchain across countries also shows some interesting contrasts and highlights some geopolitical realities. 34% of US respondents trust crypto, slightly less than in 2019. Since the US is the largest economy in the world, it is a highly coveted market for crypto firms, but due to declining trust and self-interest in protecting the dominance of the US dollar, there may well be other countries that end up fueling the future of crypto.

More than 80% of Chinese respondents trust crypto, up 10% from last year. Trust in crypto has also grown significantly in Latin American markets such as Argentina, Mexico, Colombia, and Brazil. The national currencies of these countries were hit hard by the depreciation of the dollar in 2019, so it is not surprising that the southern neighbors of the United States are considering cryptocurrency as an alternative to dollar dominance.

The potential of cryptocurrencies for good

Overall, only 35% of respondents believe that cryptocurrencies and blockchain technology will have a positive impact. Given the ideological motivation behind the founding of cryptography, it still faces an uphill struggle to convince people of its noble intentions.

The US and China also strongly disagree on whether cryptocurrency is good or bad. Only 26% of US participants are convinced of the potential of blockchain for good, while in China the figure is 62%. 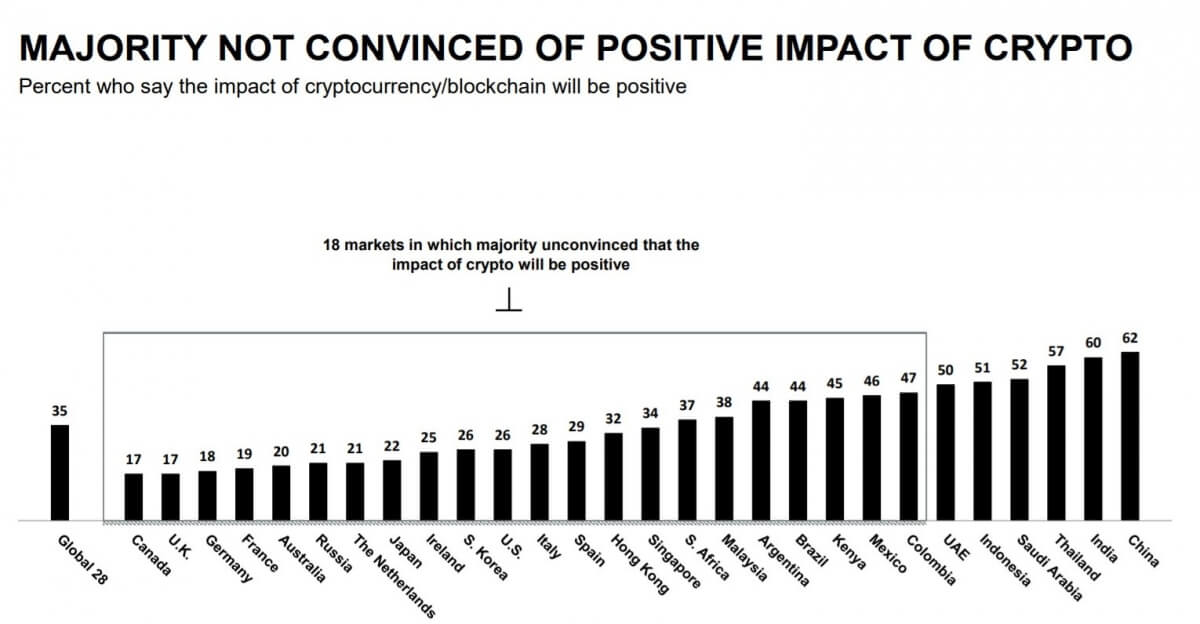 Given the Chinese government’s official support for blockchain research and the imminent launch of the digital yuan, it is China, not the land of freedom, that is emerging as the biggest proponent of blockchain.

Perhaps the strong numbers in China are not surprising given that over 60% of respondents agreed that the cryptocurrency sector needs more regulation. This hints that in order to become mainstream and accepted, cryptocurrencies cannot always be opposed by governments and banks, but rather must find a way to work together to gain public trust. This process is already underway. It increasingly looks like blockchain will improve existing financial institutions rather than replace them.

In general, the trend towards mass trust in cryptocurrency is positive. Of the 28 markets surveyed, only three saw a decrease in confidence in crypto assets compared to last year, and then only by a small amount. However, one of them was the US, whose disproportionate influence on the world stage cannot be discounted. For example, we just saw how the Securities and Exchange Commission blocked the Telegram TON project and the Gram currency. Indeed, the US has the ability to regulate not only itself, but the entire world. Time will tell if increased adoption in other markets will eventually force the US to change its approach.