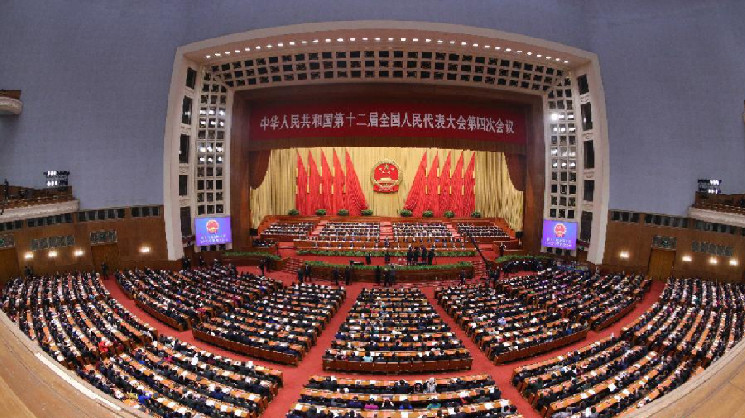 The National People’s Congress has decided to introduce urgent measures to regulate the metaverse to manage data security and curb speculation as the industry develops.

The tasks of introducing government supervision and regulation, managing data security, and curbing speculation in the metaverse were explored at the national level during the National People’s Congress in early March.

The “Metaverses” have come under government scrutiny after telecommunications conglomerates Tencent, ByteDance, NetEase and Baidu have been active in developing projects related to this sector, as well as filing patent applications for technological developments and branded products.

The meeting delegates noted that “the metaverses have become a platform for interaction between the virtual world and the real society, and have also become an important direction for the development of the global digital economy and innovation in the field of digital technologies.”

However, according to the general opinion of the participants in the government session, the metaverses have not yet left their infancy. Therefore, government regulation is urgently required to counter the alienation of concepts and key technologies, as well as problems related to data security, information protection and speculation.

The decision of the National People’s Congress included the tasks of creating rules for managing the digital space with Chinese characteristics in line with global trends, as well as creating measures that promote the development of industries related to the metaverse.

When developing the rules, it was recommended to pay attention to the construction of the legal system, laws and judicial interpretations in terms of confirming digital assets, preventing digital addiction and strengthening content security, as well as introducing innovations in the metaverse control mechanism.

The market surveillance departments were instructed to develop standards and specifications for virtual and real integration related products such as interactive terminals, establish a system of digital space standards, and strengthen industry supervision to curb illegal and criminal activities.

In February, the China Banking and Insurance Commission (CBIRC) issued a warning about illegal fundraising schemes disguised as fake metaverse projects, blockchain games, digital real estate, and cryptocurrencies. In this regard, the Supreme Court of China ruled that it would consider illegal any collection of funds in digital currencies, equating these transactions with fraud.