ETH rate will collapse in March 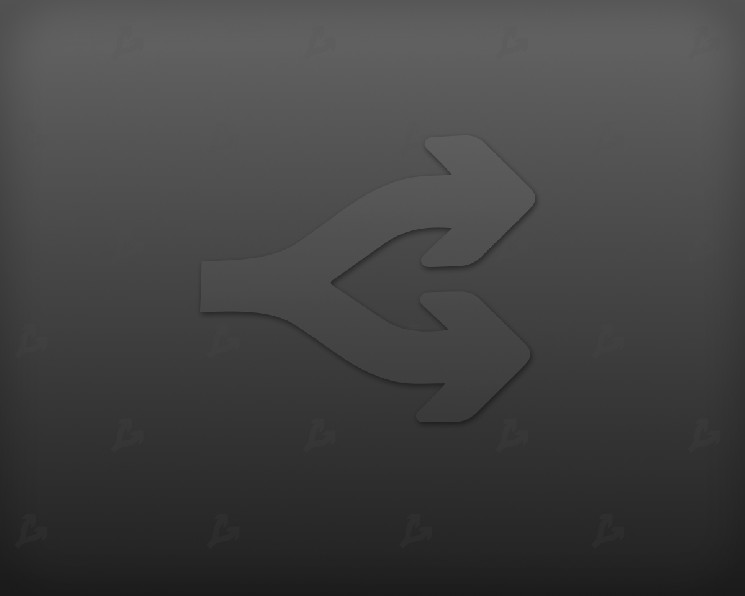 due to the invasion of Ukraine, crypto companies began to block users from the Russian Federation, and experts assessed the consequences of sanctions

The head of the Ministry of Digital Development of Ukraine called for the freezing of exchange accounts of users from the Russian Federation and Belarus, the cryptocurrency community donated more than $82 million to Ukraine, world governments responded to Russia’s military aggression with large-scale sanctions and other events of the outgoing week.

Against the backdrop of the war in Ukraine, the price of bitcoin fell below $38,000

Bitcoin weakened amid the escalation of the conflict in Ukraine, and after the outbreak of full-scale hostilities, the price of the cryptocurrency fell below $38,000.

Against the background of global sanctions against the Russian Federation due to the invasion of Ukraine, the trading volume in the BTC/RUB pair reached a nine-month high at the level of 1.5 billion rubles, according to the Kaiko analytical company. Glassnode noted an increase in the number of bitcoin whales with a balance of more than 1000 BTC. According to the CoinCodex service, the Universal Market Access protocol token has risen in price the most over the week among moderate-cap digital assets. The price of UMA rose by more than 80%.

The token of the NFT-oriented protocol of the second level Immutable X fell in price more strongly than others. Its price fell by 20%. 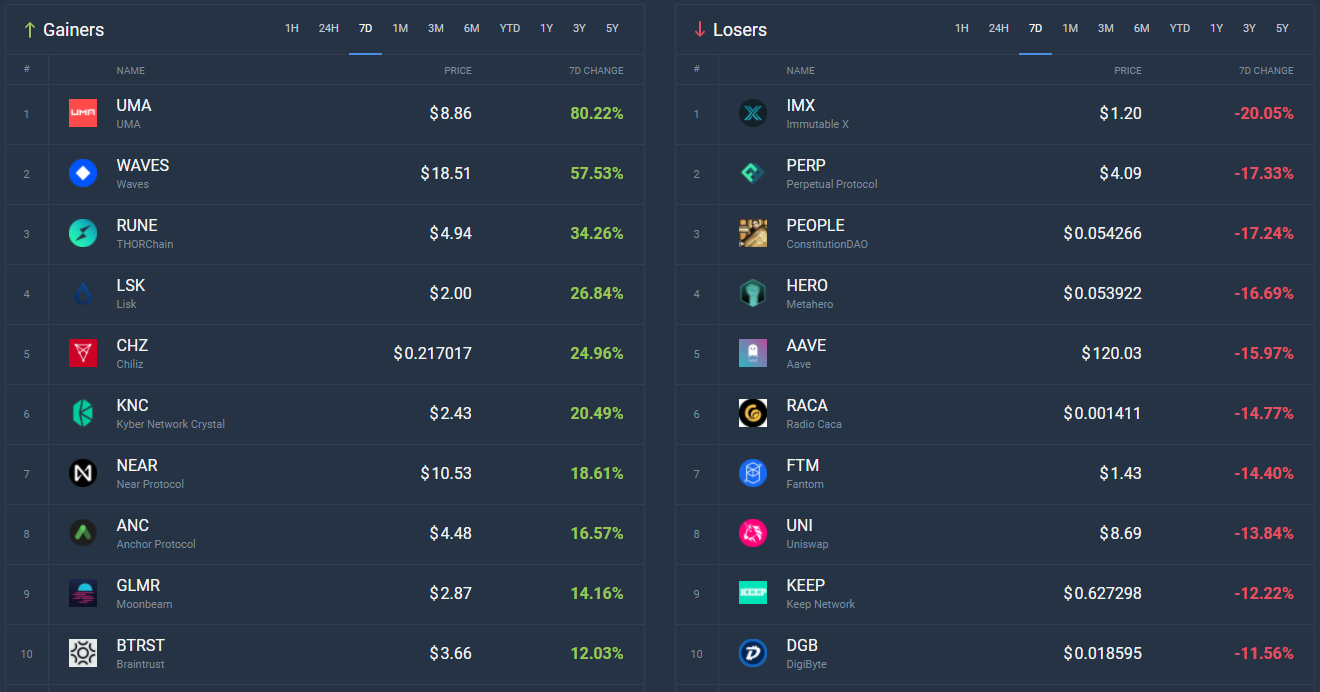 The total capitalization of the cryptocurrency market amounted to $1.83 trillion. The Bitcoin dominance index rose to 40.5%.

The head of the Ministry of Digital Development, Mikhail Fedorov, called on “all major crypto exchanges” to freeze the accounts of users from the Russian Federation and Belarus in response to the unleashed war in Ukraine.

According to him, it is “critical” that these are all accounts, and not just those “related to politicians.” The proposal provoked a strong reaction from the community and leaders of cryptocurrency platforms reacted to it.

Speaking to ForkLog, Binance representatives stated that the exchange is not going to “unilaterally freeze millions of accounts of innocent users”, as this is contrary to the very nature of cryptocurrencies. Later, the company clarified that they would resort to blocking only if appropriate sanctions were imposed.

Similar statements were made by the heads of the American platforms Coinbase and Kraken. At the same time, the military invasion of Ukraine by the Russian Federation was immediately reacted by blocking the Kuna, WhiteBIT and Qmall exchanges. CEX.io has limited access to new users only.

The crypto community has donated more than $82 million to Ukraine. Fundraising continues

On March 6, Deputy Minister of Digital Transformation of Ukraine for IT Development Alexander Bornyakov announced that donations to support the country can now be made in Monero (XMR). Recall that this cryptocurrency is focused on the privacy and anonymity of payment senders.

On March 2, the official Twitter account of Ukraine announced an airdrop for donators of cryptocurrency charitable foundations. Later, the Ministry of Digital Development of Ukraine Mikhail Fedorov said on Twitter that they decided to abandon this idea. Instead, they will release an NFT collection to support VSU.

Users donate not only cryptocurrencies, but also non-fungible tokens. On March 1, an unknown person sent an NFT from the CryptoPunks collection worth over $200,000 to the official wallet of Ukraine.

The Uniswap decentralized exchange has introduced an interface for automatically converting ERC-20 tokens into Ethereum and sending cryptocurrencies to the address of a Ukrainian charitable foundation in one transaction.

Everstake, a staking platform from the Solana ecosystem, has raised $1.4 million in SOL tokens to support Ukraine in the fight against Russian aggression.

How the world reacted to Russia’s military intervention in Ukraine

The US and Europe froze part of the reserves of the Bank of Russia. Today, the total gold and foreign exchange reserves of the Central Bank of the Russian Federation amount to $643.2 billion. Individual companies have either completely refused to work in Russia, or have limited it to some extent. Among them are automakers, online retailers, software vendors and a number of other industry companies. We write more about this in the Telegram channel.

Google Corporation has allocated $15 million to help Ukraine repel Russian aggression and has announced a number of tools aimed at protecting the population through its technological capabilities.

The head of Tesla and SpaceX, Elon Musk, responded to the request of the head of the Ministry of Digital Development, Mikhail Fedorov, to send Starlink satellites to provide communications for the army.

One of the largest blockchain game operators Animoca Brands will terminate relations with Russian users and investors due to the war against Ukraine.

The issuer of the USD Coin (USDC) stablecoin, Circle, will follow the sanctions requirements of the international community and block fiat payments related to Russia.

In Switzerland, they announced that they would freeze the digital assets of the Russians who fell under the sanctions.

Restrictions for users from the Russian Federation were also introduced by the largest cryptocurrency exchanges in South Korea – Bithumb, Upbit, Coinone and Korbit.

Financial support was provided by the developer World of Tanks, who donated $ 1 million to the Red Cross of Ukraine,

The US, EU, UK and Canada announced their readiness to disconnect some Russian banks from SWIFT, and also limited the ability of the Bank of Russia to conduct operations to support the ruble.

Co-founder and CEO of fintech startup Revolut Mykola Storonsky, in an open letter, called for an immediate cessation of hostilities in Ukraine and announced financial support for the company. His company has suspended activities in the territory of the Russian Federation. PayPal did the same.

Founder of the Russian animation studio Toonbox and author of the Mr. Freeman Pavel Muntyan also condemned the actions of the Russian Federation and opened a cryptocurrency fund to raise funds for citizens of Ukraine. In an open letter, he said that he was “not ready to lose his conscience.”

Payment systems Visa and Mastercard announced the suspension of their activities in the Russian Federation.

“We are forced to act after the unprovoked Russian invasion of Ukraine and the unacceptable events that we have witnessed. […] This war and the ongoing threat to peace and stability require a response in line with our values,” said Visa CEO Alfred F Kelly.

In general, experts agreed that cryptocurrencies will not help Russia bypass financial sanctions due to the scale of both the economy itself and the restrictions imposed.

Jake Chervinsky, a digital asset lawyer who specializes in the digital asset market, noted that, in addition to liquidity-related restrictions, the government has not included cryptocurrencies in Plan B at all, trying to protect Russia from sanctions in recent years.

A different point of view is held by Professor of Finance, Doctor of the University of Chicago Maxim Mironov. He believes that Russia is very strongly integrated into world trade, and its processes are highly dependent on imported components. He is confident that in the coming months, entire industries can stop production, which will lead to the collapse of the country’s economy and send millions of people below the poverty line.

The United States announced its intention to strengthen monitoring of Russia’s circumvention of sanctions with the help of cryptocurrencies. Such statements were made by the heads of the Treasury, the Fed and the New York Financial Services Authority.

The EU said that the following sanctions due to the Russian invasion of Ukraine may affect Russian crypto assets.

At the same time, the founder and CEO of the BTC.TOP pool, Jiang Zhuer, believes that the disconnection of Russian banks from SWIFT and other financial sanctions against the Russian Federation are a positive factor for the cryptocurrency market in the long term.

The Bank of Russia itself made an attempt to contain the collapse of the ruble – the regulator introduced a commission for individuals when buying foreign currency from brokers in the amount of 30% (after criticism, it reduced it to 12%, but introduced a similar fee for legal entities) and a number of other restraining measures for investors, including foreign.

The Central Bank also imposed a veto on trading in shares of companies on the Moscow Exchange (it did not work throughout the week). At the same time, the position on cryptocurrencies remained unchanged.

MetaMask did not rule out the appearance of its own token in the non-custodial wallet, but urged users not to count on a generous airdrop, since the company is interested in transferring project management to the community, and not a speculative component.

Large-scale hostilities continue in Ukraine after the start of the Russian invasion. But if the situation at the front is ambiguous, then in the economic sense, Russia is clearly losing ground very quickly. ForkLog figured out what consequences for the Russian economy have already occurred, and what else can be expected.

According to the owners of the crypto business in the Russian Federation interviewed by ForkLog, the general toxicity of the jurisdiction has deprived high-tech startups of prospects, and the blocking of exchange accounts is just a matter of time.

Russia without internet. We tell you how to bypass censorship and blocking even during a complete shutdown of the Internet.

Blockchain technology remains one of the hottest trends among financial, government and commercial organizations around the world. ForkLog offers an overview of the most exciting recent initiatives.