Wallets, exchangers and miners. How sanctions hit the crypto business

Why trust in centralized crypto exchanges has been undermined, exchangers and p2p platforms are preparing for an influx of users, and miners have benefited after the weakening of the ruble 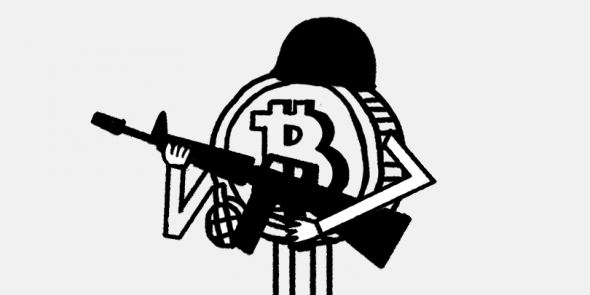 After the start of the military operation on the territory of Ukraine, Western countries tightened anti-Russian sanctions, and some cryptocurrency services began to impose restrictions against users from Russia. For example, various restrictions against the Russians were introduced by BTC-Alpha, KUNA, CEX IO and Qmall crypto exchanges. Also, the largest South Korean exchanges blacklisted Russian IP addresses.

Coinbase, Binance, and EXMO have said they will not block all Russian users, but will only impose restrictions on individuals on the sanctions lists. Also, users began to report problems with access to the MetaMask cryptocurrency wallet. At the end of February, a warning appeared on the service website that MetaMask might not work in some jurisdictions due to sanctions.

Representatives of the cryptocurrency industry told RBC-Crypto how recent events have affected the crypto business.

In 2022, the crypto industry may face a new challenge – undermining trust in centralized trading platforms, Viktor Pershikov, a leading analyst at 8848 Invest, predicted. According to him, any user from Russia or another country can be blocked on the crypto exchange, since there is a high risk of mixing his cryptocurrency with digital coins of persons from the sanctions list.

“Exchanges are a big cauldron of different cryptocurrencies, clean and dirty, and now any user is at risk of being associated with assets of a sanctions kind,” the analyst said.

According to Pershikov, in the near future, the popularity of decentralized exchanges will only grow, as will the value of their internal tokens. At the same time, the growth prospect of centralized crypto exchange tokens, such as BNB, will clearly decline, the analyst added.

The tightening of anti-Russian sanctions did not affect the activities of cryptocurrency exchange offices, said Nikita Zuborev, senior analyst at Bestchange.ru. According to him, despite the limitation of the MetaMask wallet in some countries, this service is far from being the most popular among Russian users. The analyst recalled that MetaMask is a non-custodial service that provides the client with private keys.

“With the help of private keys, a crypto investor can access the wallet in any other non-custodial service. That is, the restriction is purely technical in nature – the reluctance to work with citizens of certain countries, and not the actual freezing of funds, ”said Zuborev.

Therefore, it is not possible to completely ban cryptocurrency transactions in sanctions jurisdictions, the analyst believes. According to him, in such conditions, the over-the-counter segment of the market, in particular, exchange offices and p2p platforms, will feel especially free and comfortable. Such services have always been more loyal to the terms and conditions of service, and also quite flexible.

“In a situation of a total ban, they will be able to take over the entire volume served today by cryptocurrency exchanges and custodial crypto services. And traders will be able to switch to apolitical decentralized exchanges,” Zuborev summed up.

Miners in the black

Cryptocurrency mining cannot be banned by any sanctions, says Jahon Khabilov, CEO of the Sigmapool mining pool. According to him, the US and European authorities have no leverage to put pressure on Russian miners. The weakening of the ruble plays into the hands of the miners, since the cost of electricity is “cheaper” for them, the expert explained.

“The derivative of the mining process is a cryptocurrency, which now costs almost twice as much in ruble terms. No matter how cynical it may sound, the current sanctions play into the hands of miners,” Khabilov said.

Restrictions on the banking system have also practically not affected the miners, as they try not to link their income with banking structures due to the uncertainty in the legal status of cryptocurrencies.