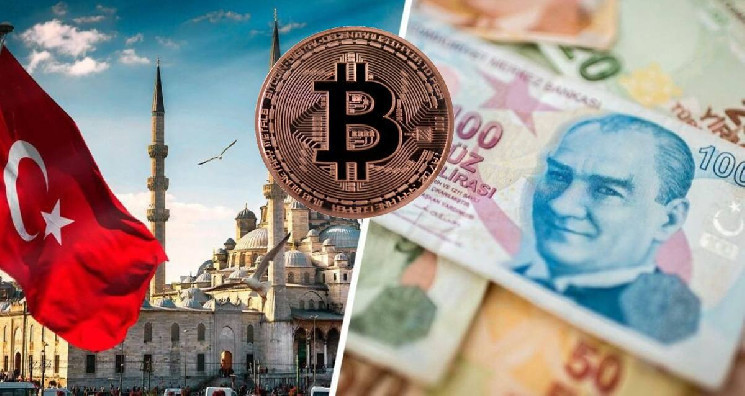 After reporting a sharp increase in annual inflation in February, the Turkish lira fell against bitcoin and is hovering around a two-month low. Lira has lost about 12% against the world’s largest cryptocurrency this week, according to Coingecko.

On the morning of March 5, the exchange rate was about 562,000 lire for 1 BTC. Over the past week, the Turkish currency has also lost about 7% against the dollar. According to Tradingeconomics, inflation accelerated to a record 54% in February, and weekly volumes on one of Turkey’s largest crypto exchanges, BtcTurk, exceeded $2 billion.

Inflation has skyrocketed in Turkey since last year, due to President Tayyip Erdogan’s unorthodox stance on monetary policy, according to which the central bank is cutting interest rates despite rising prices. Rising inflation has played a key role in undermining Turkey’s financial stability and pushing its people to secure their financial wealth through cryptocurrencies.

Last year, during the currency crisis, when the lira fell sharply in value, trading volumes on the main Turkish exchanges exceeded the figure of 1 million transactions per day. This trend appears to have continued this year, according to a report from The Financial Times.

Despite the fact that it is forbidden to use cryptocurrency for payments in Turkey, it is not forbidden to invest in this area as a traded asset. The rise in popularity of digital assets, combined with the collapse of a major exchange last year, prompted the government to urgently develop bills related to cryptocurrencies.

A recent report by analyst firm Chainalysis showed that Turkey has the highest volume of cryptocurrency transactions in the Middle East.