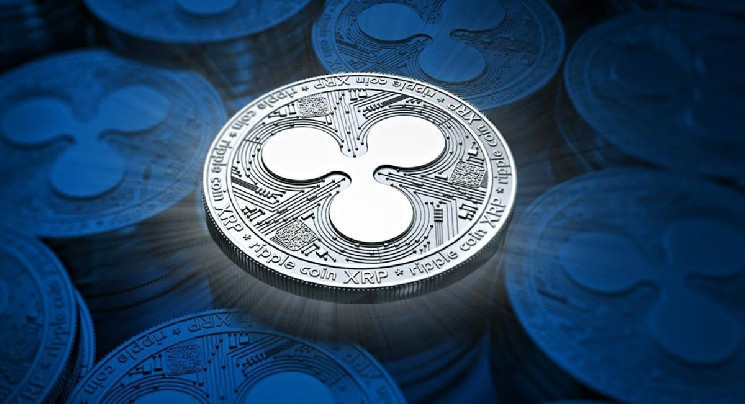 From February 24 to today, many organizations have expressed their support for Ukraine in the form of fiat money, cryptocurrencies, food, equipment, and just messages on social networks.

In a recent Twitter post, Ripple announced $1 million in aid to Ukraine. This amount is to be split between the Office of the United Nations High Commissioner for Refugees (UNHCR) and the World Central Kitchen (WCC).

The Ripple team intends to support the efforts of both organizations to facilitate the departure of people from Ukraine to neighboring countries. 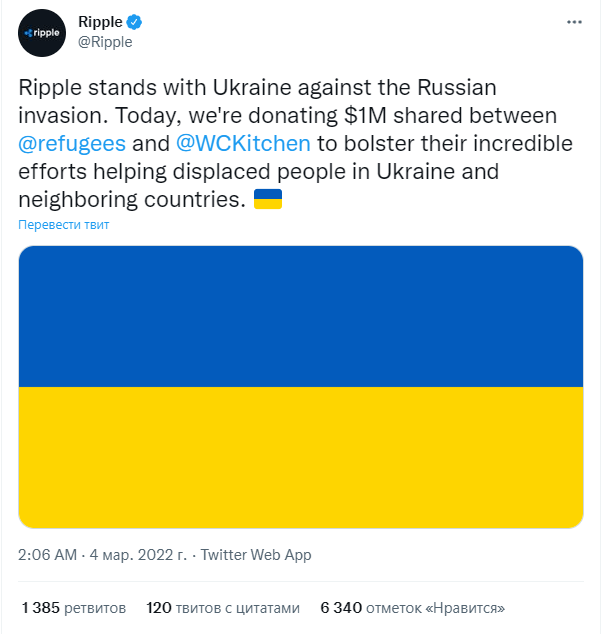 In addition to this initiative, Ripple will also support donations from its employees to non-governmental organizations and will work with the global XRP community to develop a direct cryptocurrency donation program for Ukrainians who can receive them in fiat.

Analyst firm Elliptic reports that as of yesterday, crypto donations to Ukraine exceeded $54.7 million, with more than 102,000 donations in crypto assets in total. In addition, donations have taken the form of NFTs and stablecoins. In particular, after the invasion, the number of donations in bitcoin and ether increased sharply.

World Central Kitchen, founded by chef José Andrés in 2010, is a non-profit, non-governmental organization that provides meals to those affected by natural disasters or military crises.

UNHCR works to protect and provide shelter for refugees around the world. Providing emergency assistance during the movement of people is the main goal of the organization.