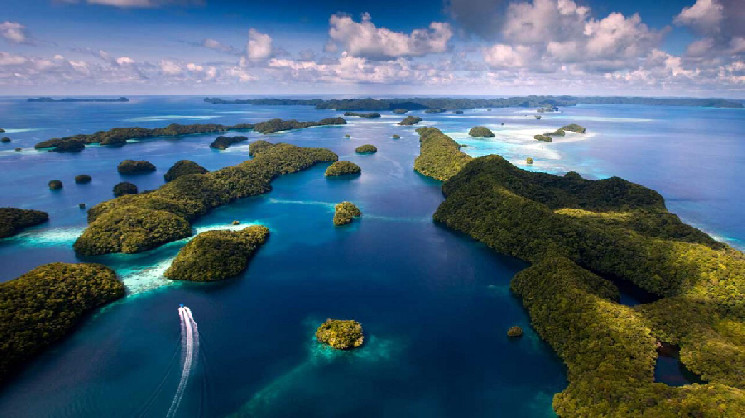 Critics of the Palau government’s position believe that the launch of the “digital residence” program is hasty and leaves the country’s nation at the mercy of scammers and corrupt officials.

In January of this year, the Pacific island nation of Palau announced the creation of the world’s first “digital residency” program. A digital residence permit was offered to everyone at a price not exceeding $300. After payment and approval of the application, “digital residents” will receive a physical identity card, as well as its digital version in the form of NFT. Renewal of residency costs $100 per year.

Palau’s Root Name System (RNS) was created in partnership with Cryptics Lab. There were 60,000 applications on the waiting list. About 40% of applicants were from the US, 30% from Europe and another 30% from Asia, including China.

Palau’s president, Surangel Whipps, said that “the digital residency program will use internationally recognized identity verification standards to ensure that Palau upholds the rule of law and its reputation.”

Whipps’ position was criticized by his predecessor, former Palau President Johnson Toribiong. He believes that even good deals require due diligence, and Palau’s legislators are rushing to pass a dubious bill without realizing the full implications.

“Even in very good deals, we have to do our due diligence. When we take risks, we must clearly realize that we may encounter scammers,” Toribiong said.

His concerns are shared by Northumbria University cryptocurrency expert Peter Howson. He regrets that island nations like Palau have been hit hard by the effects of the pandemic and declining tourist numbers, leaving their economies defenseless.

“Now is the perfect time to introduce NFT passports and questionable money systems run by tech brothers from Palo Alto! These crypto technologies have proven to be a Trojan horse for so many vulnerable communities and Palau should be especially careful,” he warned.

Palau is not the only jurisdiction in the Pacific that is pushing the idea of ​​digital residency. Last month, a British investor announced plans to turn the Vanuatu archipelago in the South Pacific into a haven for crypto investors.