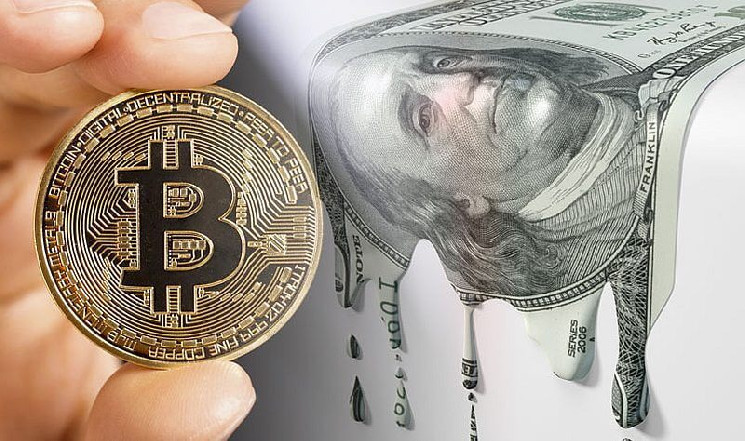 University of Pennsylvania Wharton School professor Jeremy Siegel said the Federal Reserve needs to raise interest rates quickly. With inflation spiraling out of control, he urged the central bank to protect the dollar from devaluation and from a possible “capture” by bitcoin.

The fact is that last month Fed Chairman Jerome Powell signaled a hasty interest rate hike, but experts doubt that he will implement this strategy, given Russia’s fighting in Ukraine.

Siegel, in turn, is also more skeptical about the Fed’s desire to fight inflation. In support of his words, he cited the mistakes of the Fed and the extremely incorrect forecasts for inflation last year, which reached a 40-year high.

Indeed, both Powell and Treasury Secretary Janet Yellen have acknowledged that inflation is no longer temporary, as they described it last year. Interestingly, the president of the European Central Bank, Christine Lagarde, still maintains that inflation will not affect Europe in the same way as the United States.

Despite the conflict with Russia, Siegel believes the Fed needs to “bite its teeth” on monetary policy to catch up. Otherwise, bitcoin can pose a serious threat.

We must protect the dollar,” said the professor. – In order not to be afraid of the capture of bitcoin …

Bitcoin is often referred to as an inflation hedge or digital gold because of its fixed supply of 21 million coins. This makes it immune to devaluation through money printing, which is why some experts believe that BTC will become the new global reserve currency.

Twitter founder Jack Dorsey is convinced that the US dollar is doomed to hyperinflation, and US Senator Cynthia Lummis thanked God for the existence of bitcoin last October.