What altcoins to use for staking. Top tokens from an analyst 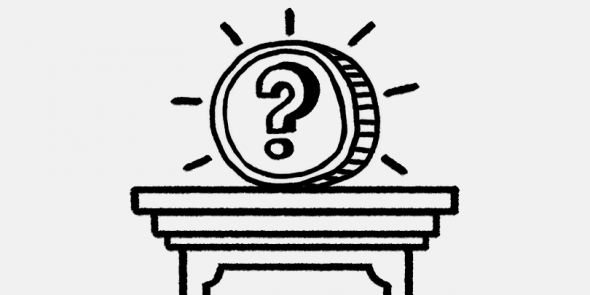 The opinions of experts may not coincide with the position of the editors. “RBC-Crypto” does not give investment advice, the material is published for informational purposes only. Cryptocurrency is a volatile asset that can lead to financial losses.

A crypto analyst with the pseudonym Guy named six promising altcoins for staking in 2022. According to him, Avalanche (AVAX), Cosmos (ATOM), Cardano (ADA), Fantom (FTM), Harmony (ONE) and Algorand (ALGO) tokens can bring high passive income.

Staking is a way of passive income, which is used in networks based on the Proof-of-Stake (PoS) consensus algorithm. In such systems, the blockchain performance is ensured not by miners, but by cryptocurrency owners who block tokens in a special smart contract and receive rewards for this, in proportion to their contribution.

The analyst is sure that in the future the price of the Avalanche token will grow, as this project is one of the most promising on the crypto market and in many ways surpasses its main competitor, Ethereum.

“Avalanche has established itself as one of the best alternatives to Ethereum due to its high throughput, which is almost five times faster than Ethereum,” the expert noted.

On February 4, Avalanche is trading at $79.2 and has a capitalization of $20.9 billion, according to CoinGecko. During the day, the cryptocurrency fell by 4%. In November 2021, the altcoin updated its all-time high above $144. Since then, its price has fallen by 46%.

The Cosmos network is another potential competitor to Ethereum, which is capable of processing about 10 thousand transactions per second, the analyst noted. According to him, the Cosmos token is suitable for staking since there is no minimum stake limit on the network.

On February 4, Cosmos is trading at $34.2, and the capitalization of the cryptocurrency is $9.9 billion. Over the past 24 hours, the altcoin has risen in price by 6%. In January, its value updated its historical high above $44. Since then, the price of the token has decreased by 23%.

The Cardano project has long declared itself as a promising system that can replace the Ethereum blockchain, the analyst claims. In his opinion, altcoin can be effectively used for staking, as users can block any amount of cryptocurrency in a smart contract, as well as withdraw it to their wallet at any time.

On March 4, Cardano is trading at $0.87, and the capitalization of the cryptocurrency is $28.2 billion. Over the course of the day, the altcoin fell by 4%. In September 2021, the digital currency updated its all-time high above $3. Since then, its value has fallen by 71%.

One of the most important advantages of the Fantom project lies in the partnerships of its developers with other cryptocurrency companies, government organizations and government agencies, the analyst explained.

The future growth of the Harmony token is indicated by technical indicators, so this token has a great potential for growth, the expert predicted. In his opinion, the altcoin, despite the decline in the crypto market, confidently remains in a long-term uptrend.

The Algorand network has one of the most promising staking systems, which takes into account many parameters and, based on them, determines the interest rate for the reward, the analyst noted. According to him, Algorand’s annual staking rate can exceed 10% if the owner of the tokens participates in the management of the project.