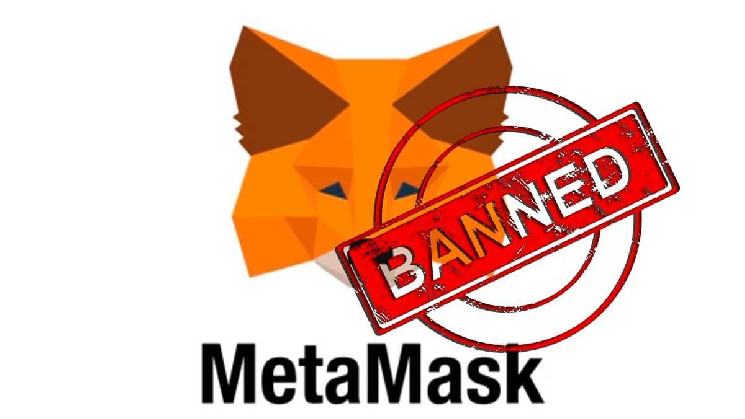 MetaMask users in Venezuela say they have lost the ability to access the popular digital asset wallet.

Reports of the issue began to surface on social media on Wednesday, with numerous screenshots circulating on Thursday morning. The API for Infura, a blockchain node infrastructure network, was blamed for the failure.

On the MetaMask support page, it was reported that “MetaMask and Infura are not available in certain jurisdictions due to legal compliance.”

This information was accompanied by a screenshot of the error, similar to what was distributed on social networks.

The tweets about blocking led to a lot of comments about using a VPN to get around the problem.

Dear friends in Venezuela who want to use cryptocurrency:

1. Install a VPN like @NordVPN or equivalent.
2. Use Metamask or any other competitor like @iSafePal or @coin98_wallet. 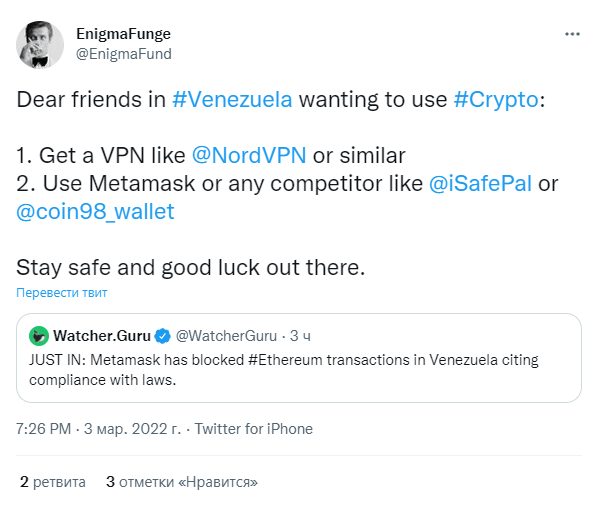 It is not clear at this time to what extent these lockdowns represent a tightening of regulations on countries subject to U.S. and other government sanctions. Apparently, users from Iran and Lebanon suffered along with the Venezuelans.

After some time, the Infura team wrote on their official account that “in response to the concerns that have been voiced, we want everyone to know that we have fixed the problem.”

When changing some configurations as a result of new U.S. and other jurisdictional sanctions directives, we erroneously set the options wider than they should be.

This was our oversight, and we are grateful that it was pointed out to us. Once we realized what had happened, we were able to fix the problem and service was restored.