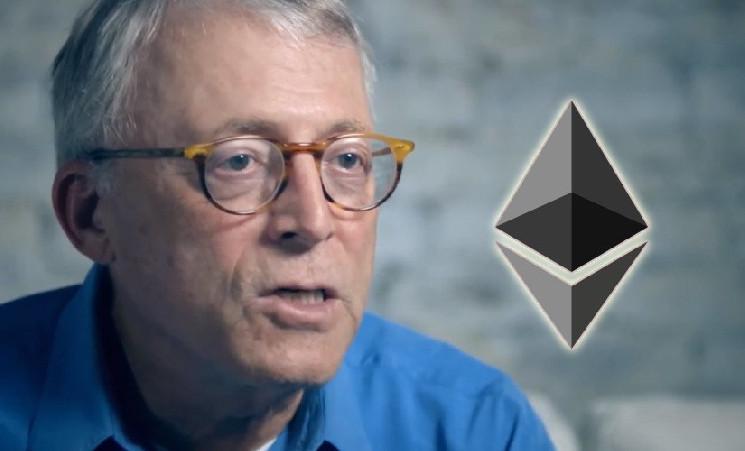 An experienced cryptocurrency market trader, Peter Brandt, said that the value of the Ethereum cryptocurrency could undergo a significant correction. He noted that he is waiting for the start of a bearish trend for the digital asset.

In his opinion, after a few years, young market participants will understand that he was right. The investor said that he had carried out a technical analysis and found several indicators at once, indicating a significant correction that awaits the rate of the virtual currency.

Brandt noted that a symmetrical triangle could be seen in the diagram. Following the rules, he deduced that this is a bearish chart formation with two converging trend lines that are approaching each other. For now, the market continues to make a series of higher lows and lower highs.

Thus, the expert expressed confidence that in the near future the value of the digital currency will decrease. He stated that young traders do not understand the prospects of the market and live in anticipation of a constant increase in value, but this will not happen.

Another well-known trader under the pseudonym Chads agreed with this opinion, who emphasized that the cost of digital silver should undergo a correction and this movement will begin in the coming months.

Some social media users noted that Brandt’s predictions about cryptocurrencies sometimes turned out to be fundamentally wrong. They urged the public to disagree with such conclusions about the future movement of the asset.

Earlier, the Crypto.ru editors reported that Peter Brandt at the end of January 2022 announced that now is the most ideal time for trading cryptocurrency assets. He drew these conclusions based on several factors. Then he said that market participants showed panic. This situation always indicates to smart investors that it is time to buy.