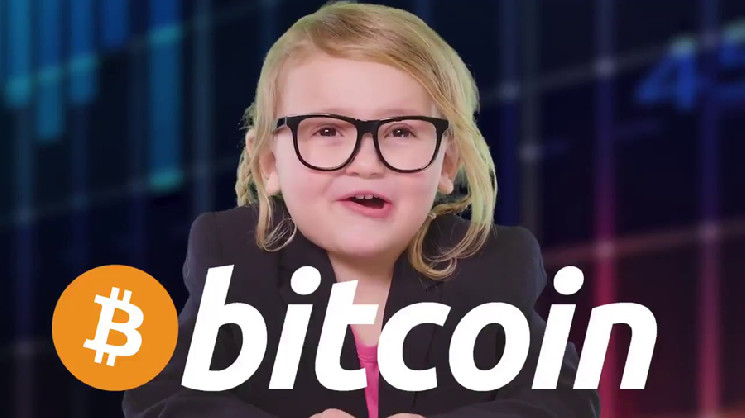 The head of the Strike cryptocurrency service gave an interview to a four-year-old girl, explaining in simple terms what bitcoin is.

Four-year-old Lily Knight hosts Lily’s Show. In her shows, Lily talks about bitcoin and other digital assets, and also interviews well-known members of the crypto industry, where the show is gaining popularity.

Strike CEO Jack Mallers spoke on Lily’s Show, talking to Lily and her followers about the use of bitcoin and why it’s so important. At the beginning of the interview, Lily asked Mullers what problems this cryptocurrency solves. He replied that bitcoin provides the world with a “superior monetary experience” as its supply is limited to 21 million coins.

“With bitcoin, all the rules are clear, unlike the US dollar. We do not know how, when and why government currencies are created. And bitcoin gives people the opportunity to control these processes themselves, which fiat currencies do not have. Even real estate and precious metals are beyond the control of ordinary people. To eliminate this problem, bitcoin has to live in a distributed monetary system that is not controlled by any governments, companies or people, ”Mullers explained.

According to him, bitcoin can form a “first-class monetary network”, being a more reliable asset with which people can save their savings. Mullers named another argument in favor of bitcoin – the ability to improve the financial situation of residents of developing countries. This digital asset works the same for everyone, no matter if the person is rich or poor. Bitcoin levels the playing field for all participants, Mullers explained to the four-year-old.

As for the future of Bitcoin, Mullers expects BTC to become a major asset in the next five years that will increase the quality and affordability of payments.

Considering that more and more employees in different countries want to be paid in bitcoin, last fall, the Strike cryptocurrency wallet added the Pay Me in Bitcoin feature. It allows users to directly convert a salary or part of it into bitcoin.