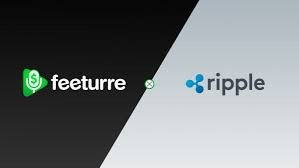 Through the XRPL Grants program, Ripple is significantly increasing the use of the XRP ledger and growing the ecosystem for the XRP cryptocurrency. 2 waves of grants have already been carried out, and the opening of the third wave is expected.

Ripple is providing Feeturre with a $100,000 grant to develop a non-fungible token (NFT) integration with XRPL.

According to today’s announcement the latest funding will not only accelerate Feeturre’s progress into the Web 3.0 ecosystem, but will also make a huge contribution to the XRP Ledger space.

With the new funding, Feeturre will provide support for blockchain-based assets, including cryptocurrency payments, smart contracts, and non-fungible tokens (NFTs) on XRPL.

“The team is excited about our new XRP Ledger journey. Our vision is to create a ripple effect that will impact the entire entertainment industry.”

According to the announcement, the use of the XRP Ledger will allow Feeturre to receive low transaction fees and faster settlements, which will contribute to the company’s significant competitive advantage.

“XRPL-based NFT integration is a key step in accelerating the adoption of the Internet of Value,” said Elliot Lee, senior spokesman for RippleX.

Feeturre, launched in 2019, is a music and entertainment trading platform that brings together artists, producers and influencers for commercial and collaboration purposes.

Since its inception, it has already attracted major talent such as John Monopoly, co-manager of Kanye West, among others.

Earlier we talked about other grant recipients, including the winners of the second wave of grants from the Aesthetes project, as well as about our compatriots – the creators of the project WATT Business.

Other projects can be found on the official website of XRPL Grants.