Experts saw an increase in the volume of wallets with a balance of 10,000 USDT

Since the end of February, the volume of wallets with a balance of 10,000 USDT or more began to grow rapidly, analysts at Santiment found out.

The volume of wallets with a balance of 10,000 USDT to 1 million USDT began to grow rapidly against the background of the escalation of the geopolitical conflict between Russia and Ukraine. Santiment analysts stated this on their blog. Experts noticed that since February 28, the volume of large USDT wallets has returned to the level of almost 40%. 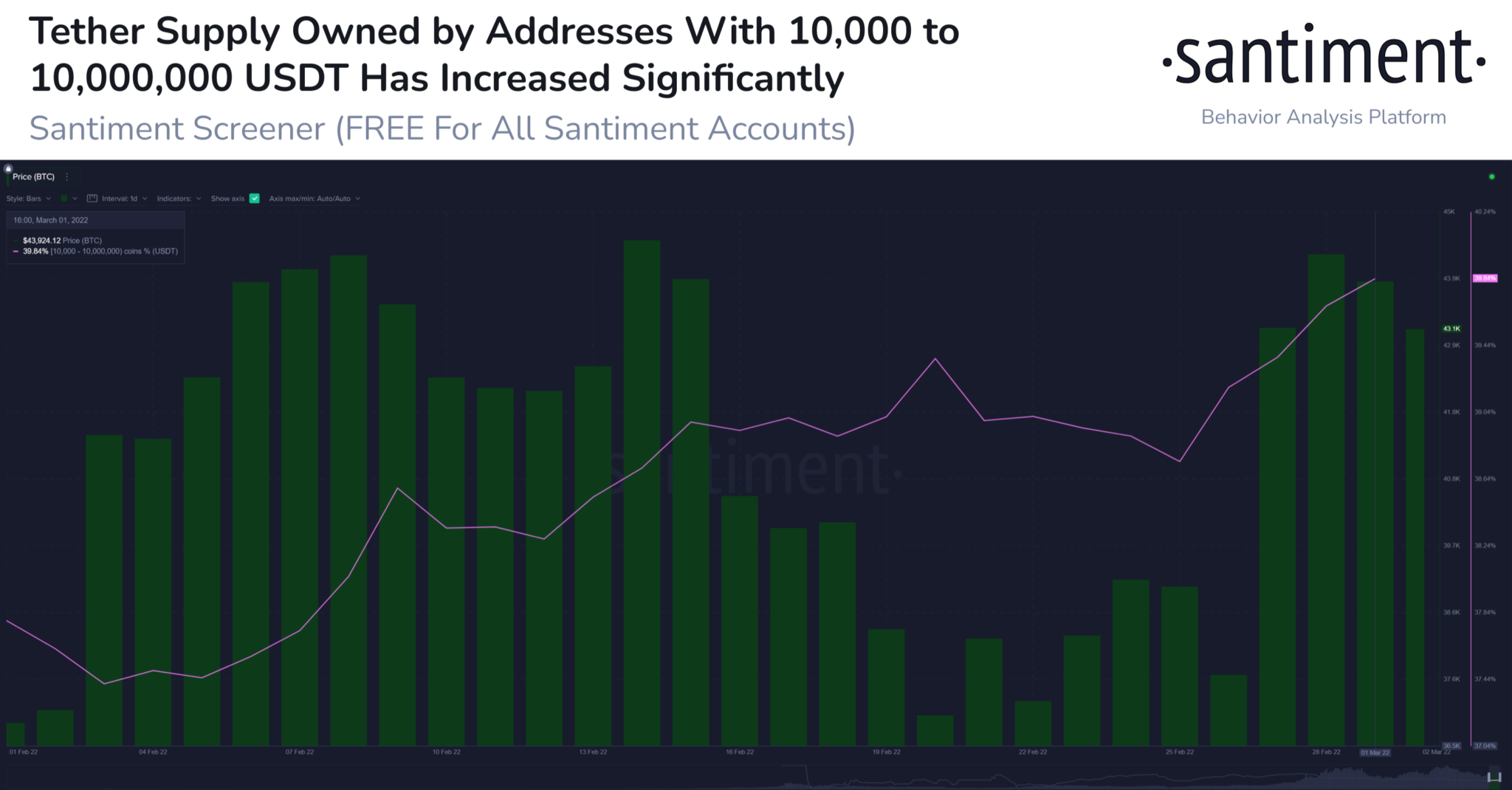 According to Santiment, the growth of USDT reserves may indicate a higher readiness of whales to purchase cryptocurrency than a month ago. At the same time, the volume of bitcoin whales (from 100 BTC to 10,000 BTC) began to slowly but decline. Starting from the twentieth of February, the reserves of whales have been steadily declining. 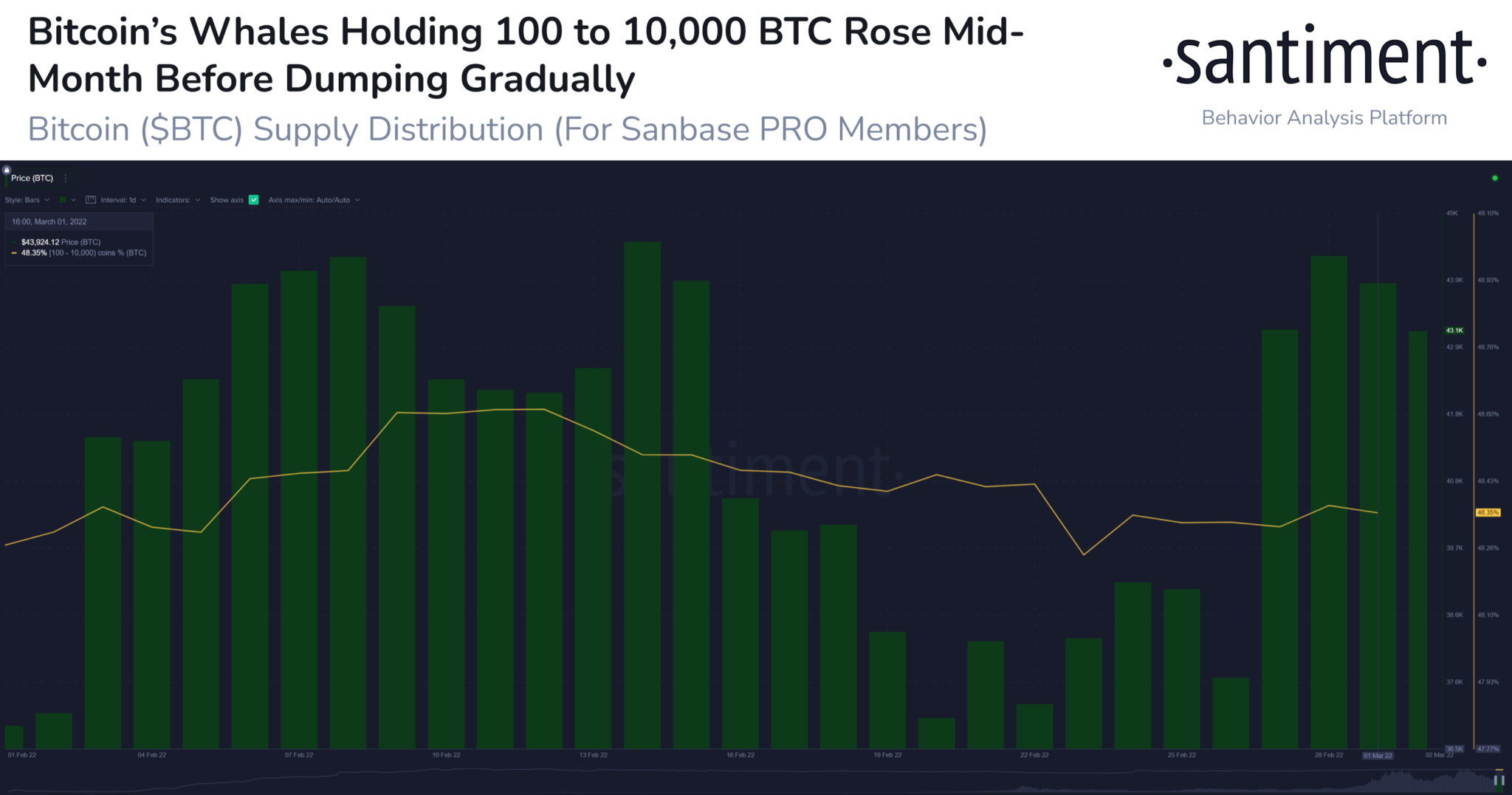 However, it seems that the number of bitcoin on exchanges also continues to decline, reaching a figure of 10.76% of the total supply. Santiment emphasizes that this is the lowest bitcoin supply ratio on exchanges since November 2018. The outflow of cryptocurrencies from centralized exchanges “implies a reduction in the risk of future sell-offs,” Santiment noted.

Earlier, blockchain reporter Colin Wu, citing Tether Operations Limited, said that the USDT stablecoin issuer intends to comply with sanctions against Russia if he receives a corresponding order from the US authorities.

Recall that in early March it became known that the Joe Biden administration was negotiating with cryptocurrency exchanges. The US authorities, according to media reports, want trading platforms to stop attempts by Russian banks to circumvent sanctions.