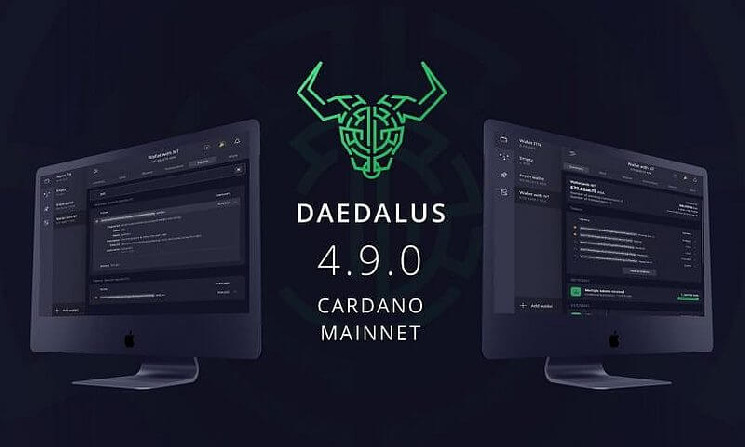 Cardano announced this on the IOHK YouTube channel on Thursday March 3rd. The release notes were also posted on the company’s website. Both sources go into great detail about improvements and new features.

Daedalus is a full node wallet, which means that a Cardano node runs on your system every time you use it, giving you direct access to the blockchain. The wallet runs the Ouroboros protocol locally, without any intermediaries or third-party intervention, providing a high level of decentralization and security.

The new Daedalus wallet version 4.9.0 uses the Cardano 1.33.0 node version, bringing significant improvements in terms of sync time and reduced memory usage. It also provides the user with more information about what the node is doing behind the scenes, especially at startup.

The new token selection dialog displays all information about the token, including ticker, name, description, policy ID, asset name, and balance. The user only needs to check the box to select the tokens they want to transact with and enter the amount.

The data field is now automatically updated to the minimum required amount of ADA so you no longer need to manually edit it. If you enter a smaller amount, then the data field will automatically adjust the value,” Lopez de Lara said.

Moreover, he talked about improved navigation in the wallet menu, as well as new sorting and filtering features. Another improvement is a tabular view of the current delegation settings.

Recently, Cardano set new records: on March 2, the total value of the cryptocurrency reached an all-time high of $133.39 million, surpassing the previous record from February 17.

In February, the platform also recorded an increase in the number of wallets – almost 5,000 of them were added daily.