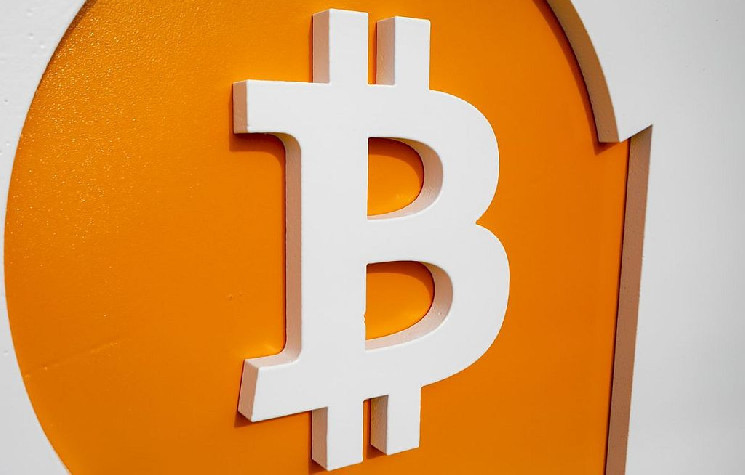 Bitcoin fell along with the stock market, but outlined a reversal

Bitcoin (BTC) bulls did not see the much-anticipated surge at the Wall Street open on March 4 as support at $40,000 appeared on the horizon. 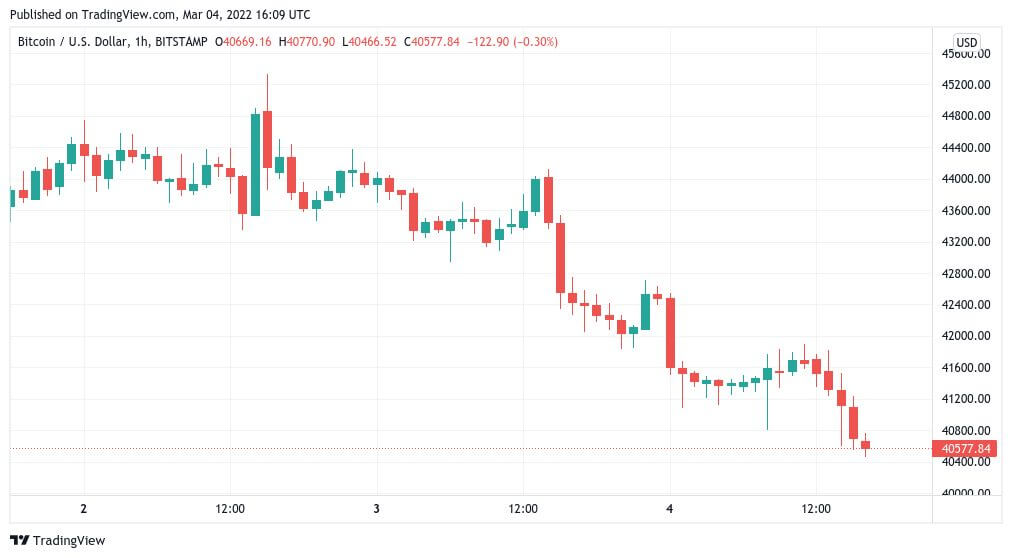 It is believed that concerns about the safety of the Ukrainian nuclear infrastructure led to a decline not only in cryptocurrencies, but also in traditional markets – during the day, the S&P 500, following the European indices, fell by 1.4%.

Bitcoin is correcting as tensions around Ukraine grow, and fear is also increasing as gold skyrockets, – such a tweet was published by Michael van de Poppe.

We may see a bounce, in which case I see $43.1-43.5k as a potential resistance point. In general, the markets are shaky, altcoins are also falling.

Meanwhile, looking ahead, cautious analyst Pentoshi warned that the macro outlook looks bleak due to a combination of commodity inflation, the weakening ability of central banks to tame it, and the damage done by the fight against the coronavirus over the past two years.

You can already see how other markets are starting to show serious cracks in the foundation: Hong Kong lost 100% of its profits after the coronavirus, and it looks like European markets are next in line.

I’m not sure anyone can be optimistic about the present.

Analyzing recent movements on the chart, the popular BTCfuel account, on the contrary, noted a potential rebound that has already begun.

Bitcoin seems to be creating a reversal structure. 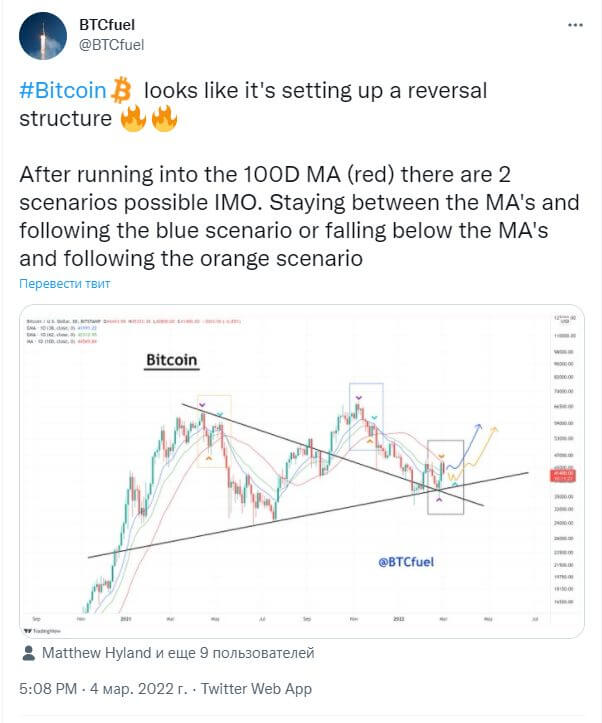