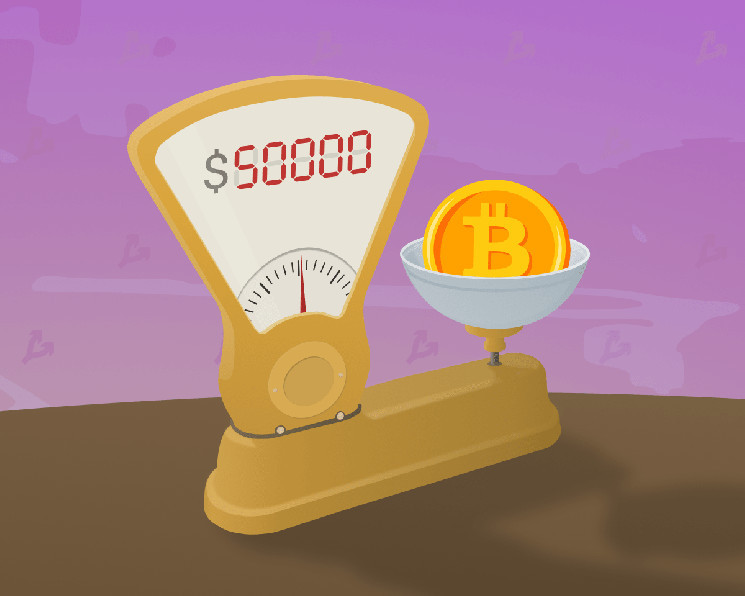 The head of the DeVere Group predicted the growth of bitcoin to $50,000 during March

The impressive growth of bitcoin in previous days allows us to count on reaching a psychological level of $50,000 in March. This forecast was given by the CEO of the consulting company DeVere Group, Nigel Green.

Nigel Green is expecting Bitcoin to hit $50,000 this month, amid rising geopolitical tensions and growing institutional investments. Do you think the crypto coin can reach the $50k mark? #PressRelease https://t.co/if2rESEzdY

Bitcoin fell below $35,000 amid the invasion in Ukraine, but in early March it rose above $45,000. On February 28, digital gold rose in price by almost 15% in a day. According to Green, the influence of geopolitics and institutional investments underlie the recovery of quotations.

“The situation between Ukraine and Russia has caused significant financial turmoil. Individuals, companies and even government agencies are looking for alternatives to traditional systems,” Green said.

With bank closures, cash shortages at ATMs, and SWIFT becoming a weapon, a decentralized, “borderless,” tamper-proof, and confiscation-free monetary system looks more attractive, according to the head of the DeVere Group.

Sanctions are welcome, but they show how the financial system can be used as a leverage and why alternatives may be needed, he explained.

“As cryptocurrencies prove to be reliable and workable, the reserve status of the dollar may ultimately be in jeopardy. Experienced investors know this and will increase their share in digital assets. Their appeal does not go unnoticed among institutionalists. […] Bitcoin moved to 14th place in terms of value among world currencies. I expect that in the coming months he will move to higher positions, ” Green admitted.

Green declined to predict the likelihood of a return to an all-time high above $68,000 this year.

Recall that the trading volume in the BTC/RUB pair reached a nine-month high, according to Kaiko.

Earlier, the founder and CEO of the BTC.TOP pool, Jiang Zhuer, called the disconnection of Russian banks from SWIFT and other financial sanctions against the Russian Federation a positive factor for the cryptocurrency market.