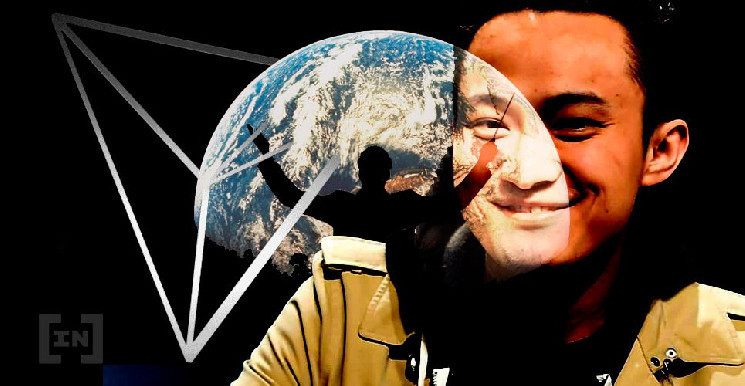 The founder of the TRON ecosystem, Justin Sun, criticized the Ukrainian authorities due to the fact that the project community did not receive an airdrop

The founder of the TRON ecosystem, Justin Sun, criticized the Deputy Prime Minister of Ukraine Mikhail Fedorov for the fact that TRON participants did not receive the airdrop promised by the authorities. San wrote about this on his Twitter page. According to him, the TRON community has donated more than $1.2 million in USDT to the country, but the airdrop has “completely ignored it.”

“It’s just UNFAIR. We need to fix this!” Sun wrote.

It is not clear what kind of community of investors we are talking about. Sun added that 5,000 users sent donations. However, such harsh criticism of Sun did not seem to find support in the community.

For example, a user named Farokh.eth urged Sun to stop promoting his project for a day in exchange for getting something. To this, the ex-head of TRON said that he was not worried about his donations, but about the money of the community.

Earlier, the Ukrainian authorities announced the distribution of tokens for all users who transferred donations to the country. At the same time, representatives of local authorities did not specify the terms of the campaign.

Recall that on February 24, Russian President Vladimir Putin announced the start of a “special military operation” in the Donbass. According to the politician, the purpose of the action is “to protect people who have been subjected to bullying and genocide by the Kiev regime for eight years.”

The crypto community condemned the actions of the Russian authorities. Many companies have announced fundraising for Ukrainian residents affected by the conflict.

In particular, the Crypto.com Crypto Exchange also transferred $1 million to the Red Cross Fund. Binance donated $10 million to help eliminate the consequences of the humanitarian crisis in Ukraine. Cryptocurrency platform CEX.io noted the fees for withdrawing cryptocurrencies to fiat, and also zeroed interest rates on loans for residents of Ukraine. In addition, the head of the company, Oleksandr Lutskevich, announced the creation of a charitable foundation to help the victims.