Experts tested the performance of automated market makers (AMM) in six networks and found that the software algorithm created on the Ethereum blockchain is significantly inferior to competitors. The results of the experiment indicate that:

The Uniswap decentralized protocol on the ETH network took the last place in terms of productivity. Its average throughput is only 9.19 operations per second. Thus, Uniswap is 30 times slower than Orca. 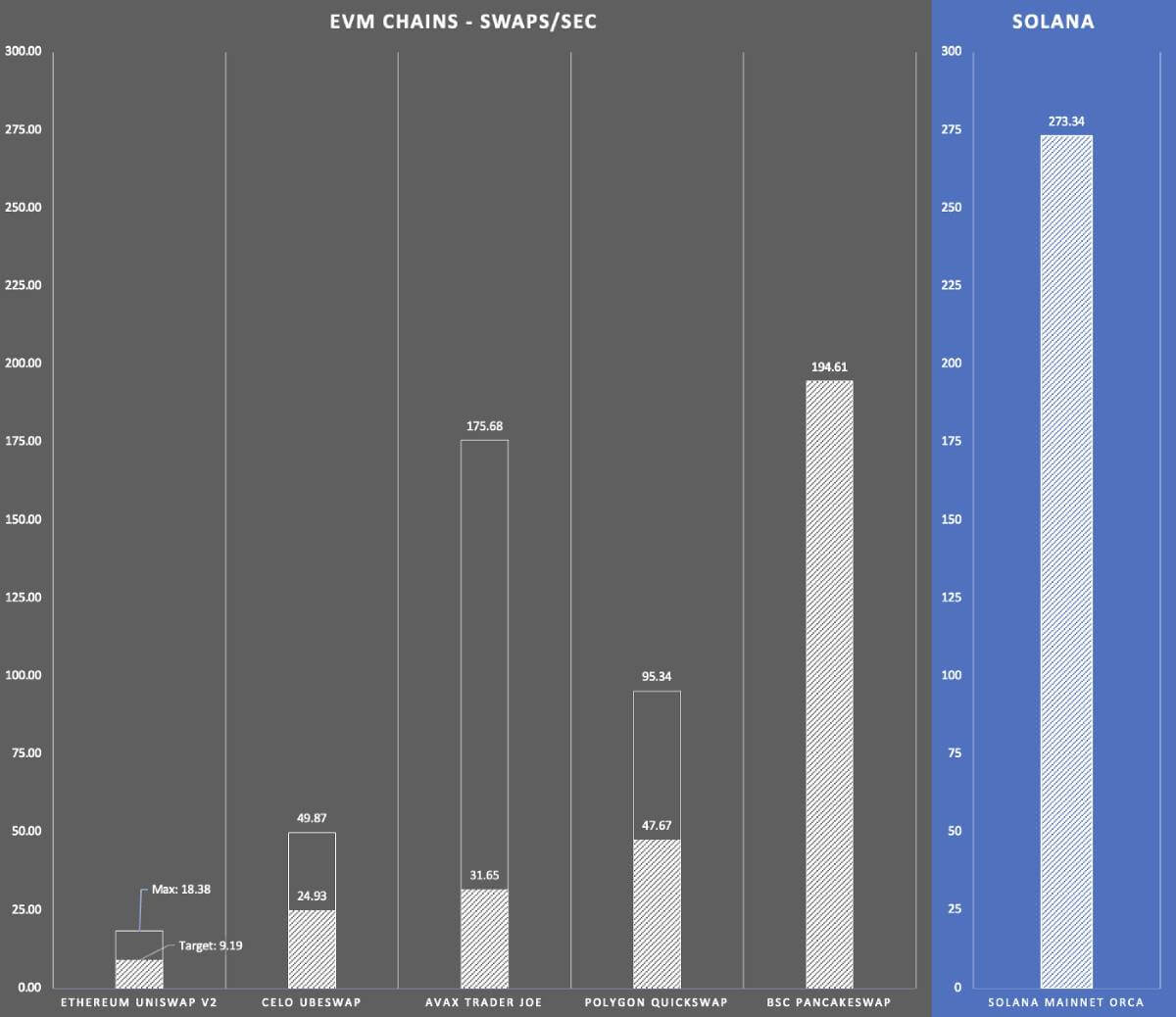 The number of cryptocurrency exchange transactions in blockchain services (the shaded part of the bar is the average, the empty part is the maximum).

In general, I have the impression that the Ethereum smart contract execution system is at the MS-DOS level. Meanwhile, modern blockchains have entered the era of Windows 95,” said the Dragonfly Research expert.

In the original version of the research report, Dragonfly Research employees wrote that sooner or later the crypto community will be “forced to abandon the use of the Ethereum Virtual Machine” due to its low speed. However, the experts removed this line and replaced it with a more politically correct version:

If you want to access a platform with high performance, then you will have to look at sites outside the EVM space.