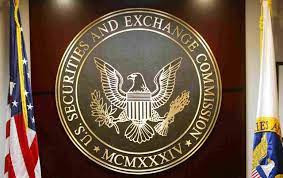 Empower Oversight received the first documents from the SEC as a result of the Freedom of Information Act (FOIA) litigation.

The FOIA request was filed on August 12, 2021, but the SEC did not respond, causing the nonprofit to file a lawsuit and later an administrative appeal against the SEC’s original claims of non-response records and file a new FOIA request with the SEC for records related to how staff The FOIA SEC searched for relevant records.

The non-profit wants to analyze potential conflicts of interest in its cryptocurrency-related enforcement decisions, specifically in the SEC lawsuit against Ripple, which was filed the day before the departure of SEC Chairman Jay Clayton. Three months later, he was announced as an advisor to cryptocurrency-focused hedge fund One River.

Other former SEC officials are also under suspicion, including former SEC director of corporate finance William Hinman, whose fate may hang in the balance as a judge in an XRP lawsuit reconsiders whether his 2018 speech on air was his personal opinion or public opinion. opinion. . Hinman left the SEC and returned to the law firm of Simpson Thacher & Bartlett.

Simpson Thacher & Bartlett is part of the Enterprise Ethereum Alliance, a coalition of companies formed to promote Ethereum as an enterprise solution. After Hinman’s speech, Ether displaced Ripple as the No. 2 cryptocurrency by market capitalization, while Ripple came under increasing pressure from the SEC for an alleged offering of unregistered securities.

Empower Oversight announced that the documents obtained from the SEC consist of emails between two now former senior SEC officials and any email addresses at the law firm that hired them after they left the SEC, Simpson Thacher & Bartlett.

However, due to formatting issues, many of these pages are almost completely blank and contain repetitive information. On Feb. 18, at the request of the SEC, Empower Oversight provided a detailed list of people associated with the organizations identified in the FOIA request so that the SEC can identify additional response records rather than restrict searches to specific email address domains.

Empower Oversight is a non-profit organization dedicated to strengthening the independent oversight of government and corporate wrongdoing. The organization also collects relevant information and reports corruption to the relevant authorities, while holding public officials accountable for the performance of their functions.