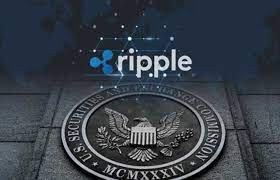 big decisions coming up this week

The SEC case against Ripple is now moving fast, with several major decisions expected this week. Legal experts believe that the rulings in this case will ultimately clear up misunderstandings regarding the nature of certain tokens, as well as lay the groundwork for future regulations. A business SEC vs. XRP Identifies possible loopholes in an SEC investigation.

Lawyers related to regulatory lawsuit, say they are stuck in a situation where they are just waiting for the upcoming court decisions. However, some of them believe that the commission has already lost the case and the SEC will eventually achieve a settlement with Ripple.

This week, the court may see several decisions on the following issues:

The Securities and Exchange Commission applied to the court to reconsider its previous decision regarding a clean draft of Bill Hinman’s June 14, 2018 speech. The Commission considers that all such documents are protected by the DPP. However, the judge does not think so.

The SEC believes that the court ruled on one document, which the defendants chose to highlight. At the same time, the court did not consider the remaining 67 e-mails with a draft of Hinman’s speech attached.

The SEC wants to revisit Hinman’s infamous Ether speech as an important link in the Commission’s deliberative process on Ether.

The long-awaited ruling on Ripple’s Brad Garlinghouse’s petition against the SEC. It’s called concrete evidence in the case after the two notes.

The SEC has filed an objection to Ripple’s motion to release the Estabrook Notes. These are notes from a meeting between former SEC commissioner Elad Roizman and the CEO of Ripple that took place on November 9, 2018, before the commission declared that the XRP token is a security.

The notes will decide whether Garlinghouse knew that the XRP token sales were unregistered securities or not. However, the rulings in the case so far have proven to be a path leading to the nature of many cryptocurrencies.