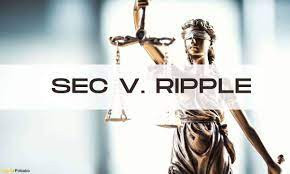 There is a chance to settle the process by April 2022: Jeremy Hogan

Attorney Jeremy Hogan believes that Judge Netburn can facilitate a settlement between the SEC and Ripple, because she saw all the documents that Ripple demanded from the SEC.

According to recent documents provided by Hogan, 14 days after the end of the pre-trial phase of the study, an hour-long conversation will be held between the SEC and Ripple.

Hogan’s attorney said if both parties come to an agreement, there is a chance the case could end in a settlement in April or May of this year.

So far, Judge Sarah Netburn has seen all relevant documents in the case on camera, including emails related to Hinman’s 2018 speech and Estabrook’s notes.

“She knows exactly what’s in emails etc. If I’m right that the SEC is a ‘problem child’ this could make a big difference. A good mediator can sometimes really work wonders.” said attorney Hogan.

Settlement agreement may end in favor of Ripple

Although the previous settlement held a few months ago between both parties did not produce positive results, the next settlement, due 14 days after the completion of the pre-trial stage, is expected to end in favor of Ripple, given the amount of evidence against the agency.

“Yes, a one-hour discussion of a settlement agreement took place a couple of months ago. There was no settlement, which means that the next most likely settlement time will be mediation (see arrow below), which will be arranged by the one and only JUDGE NETBURN, who saw ALL the documents on camera (in closed doors – ed. note). )”, — the lawyer said.

Given the amount of evidence Judge Netburn saw, there is a huge possibility that the SEC could be persuaded to enter into a mediation program that could negotiate a settlement.