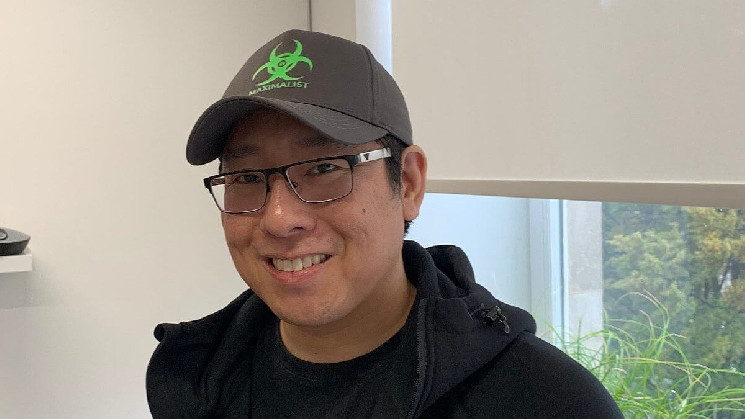 Blockstream Chief Strategy Officer Samson Moe has announced that he is leaving the blockchain company after five years.

In a tweet, Moe wrote that after leaving the Canadian firm Blockstream, where he worked since April 2017, he will remain its “secret agent” (“BlockstreamSpy”). The top executive said he will remain as CEO of game development company Pixelmatic as the position “needs more attention,” but plans to focus on “government adoption of bitcoin” in the future.

Against the backdrop of events in El Salvador and an increasing number of countries interested in adopting bitcoin, I realized that I do not have enough time, Moe said.

And since @Blockstream is in a very good position and well capitalized after a successful round B, this is a good time to move on.

It also seems to me that this is a turning point in the evolution of bitcoin – we are on the verge of mass adoption, and I think I can accelerate this process.

Moe was involved in the plans to build Bitcoin City in El Salvador. The project aims to harness the geothermal energy of the local Conchagua volcano to power bitcoin (BTC) mining in an innovative city to be built at the foot of the mountain. According to the CEO of Pixelmatic, a $1 million BTC price could turn this Latin American country into the “financial powerhouse of the world.”

The now former chief strategy officer at Blockstream added that he will continue to “support and protect the interests” of Liquid, the company’s sidechain-based settlement and payment network. In his opinion, “it plays an important role in reforming the traditional financial system.”

Previously, Moe served as COO of BTCC, the cryptocurrency exchange behind one of the largest mining pools in the world at the time, and as COO and Executive Producer at Ubisoft.

A bitcoin supporter for many years, Samosn Mow recently made it to Cointelegraph’s top 100 for his work on Pixelmatic, Blockstream, the El Salvador Project, and more.