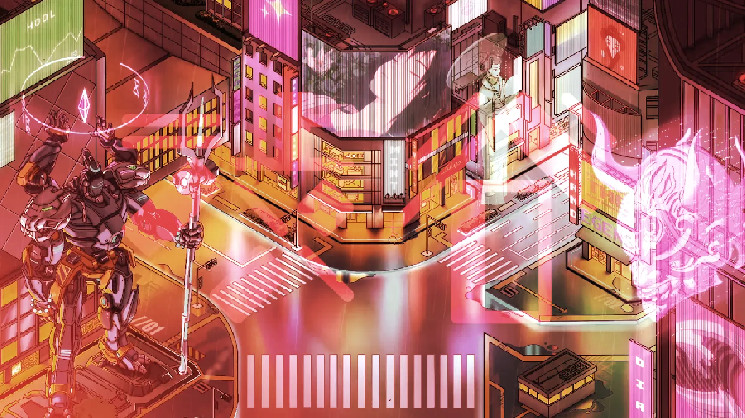 Streaming giant Netflix and crowdfunding platform Kickstarter are launching the Pplpleasr Shibuya video service, which will give NFT holders the ability to influence the plot of films.

The Shibuya video service is named after the Shibuya intersection in Tokyo and is based on the Ethereum blockchain technology, using the Web3 Internet concept, the creators of the project explain.

“Shibuya is an Ethereum blockchain-based direct community video platform that raises funds for the production of new films and web series, gives sponsors the right to voice their opinion on the direction of the story, and the right to become content owners.”

According to the developers, the content created on the platform can be watched absolutely free of charge. Monetization is planned for ownership and participation in the creative process. The developers announced the launch of the beta version of the project in their telegram channel.

it’s been a while since i’ve released anything new, but after working on this since september i’m proud to say we’re releasing the beta of @shibuyaxyz today

read my first medium article (ever lol) to learn about ithttps://t.co/udlGyPNL5R

White Rabbit will be the first web series to launch on Shibuya. The protagonist of the film narrative will have to stumble upon two doors and behind each of them there will be an alternative plot ending. In order to view or vote for the ending, users will need to buy a Producer Pass token (ERC1155 NFT) by voting for the selected door. Proceeds from the sale of the Producer Pass will go towards the production of the film. Voting will be carried out in a similar way in other films and series.

“This is an experimental project and we cannot guarantee token holders any financial benefits. However, any future benefits of the movie will be passed on to the community and token holders,” Pplpleasr Shibuya says.

Kickstarter and Netflix are actively penetrating the crypto industry by participating in various technological and creative projects. The world’s largest crowdfunding platform Kickstarter has announced plans to create a decentralized crowdfunding protocol based on the Celo blockchain. And Netflix plans to make a documentary series about a married couple who laundered bitcoins stolen from the Bitfinex exchange.