Payments company MoonPay has emerged as a top contender for possession of a non-fungible token (NFT) at Christie’s, acting on behalf of a mystery shopper.

The price paid by MoonPay makes #5672 one of the most expensive WoW items ever sold. 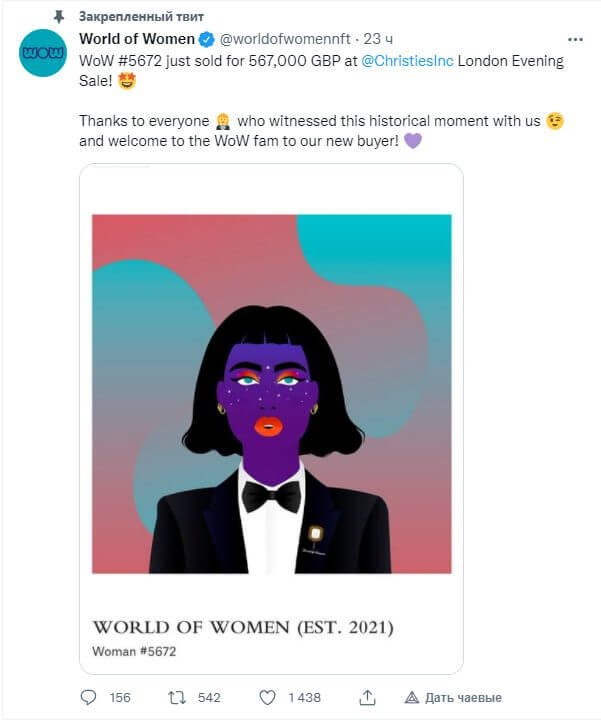 The token possesses rare traits such as the skin tone of the Goddess of the Night and a tuxedo. It was sold among the lots of such world famous artists as Keith Haring, Pablo Picasso and David Hockney.

Moonpay provides an infrastructure that allows web developers and mobile developers to provide their users with the purchase of virtual currency using credit cards.

Late last year, the crypto project also launched a concierge service, described as “a white-glove service for wealthy people who want to purchase NFTs in the easiest way possible without all the hassle of setting up a wallet, buying cryptocurrencies, exchanging it for NFTs, and then holding the token.” .

MoonPay buys NFTs and then bills its customers for them and other services rendered. It is not yet clear on whose behalf MoonPay purchased the WoW item.

British auction house Christie’s conducts NFT sales and accepts payment in Ether or Bitcoin, but only through firms approved by the UK Financial Conduct Authority.

Last year, Christie’s sold a collection of nine cryptopunks and a work by Beeple.