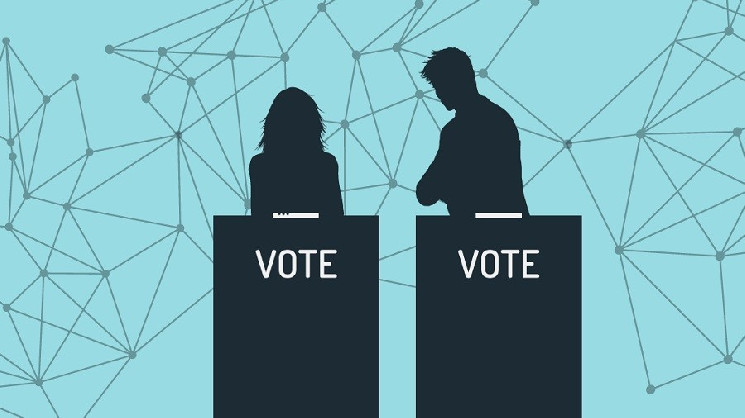 The ENS DAO CEO and director of True Names, who was fired for religious posts on Twitter, has received community support and is likely to remain in office.

A vote to remove Brantly Millegan for his Catholic views is likely to fail, with 45% opposed to removal and 15% abstaining. Voting is conducted on a one-token-one-vote basis, with Millegan allowed to cast his own vote. Millegan, given his assets, is by far the largest voter.

Nick Johnson, the founder and lead developer of ENS, who fired Millegan from True Names, decided to abstain from voting. Before Johnson fired Millegan, the ENS founder was a supporter.

Millegan was head of the Cayman Islands-registered ENS Foundation, the legal entity behind the Distributed Autonomous Organization (DAO) of the same name.

The decision to fire Millegan was initially met with some hostility by the ENS community. Community members saw the irony in a decentralized service judging someone for their religious beliefs. In addition, some of the community members who were most vocal in Millegan’s resignation posted similar messages on Twitter and appear to share the traditionalist beliefs of the fired manager.

Recall that in early February, Millegan, a major contributor to the Ethereum name service, was relieved of his position as manager of ENS DAO and True Names for tweets reflecting his traditionalist Catholic views.

Back in 2017, the Ethereum Domain Name System (ENS) became one of the fastest growing projects in the industry, with almost $2 million of ether frozen, which is just over $420 million at the current exchange rate. DeFi Wonderland, Sifu, may be Michael Patryn, the former co-founder of the infamous Canadian exchange QuadrigaCX. After that, the users of the project staged a vote to dismiss Patrin from his post. Patrina was suspended despite strong defense from Wonderland founder Daniele Sestagalli.