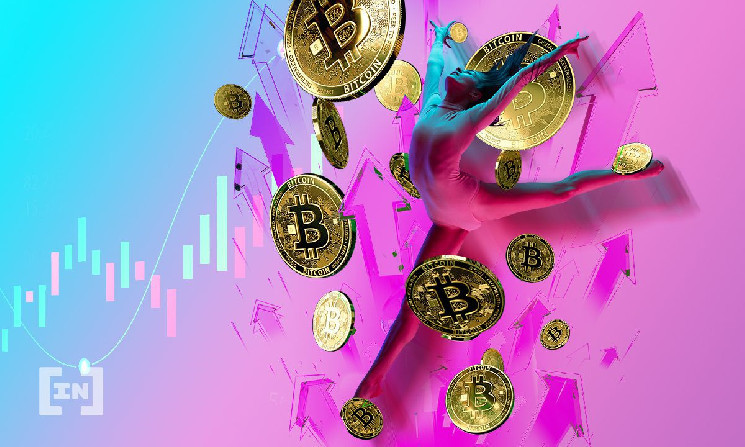 Bitcoin (BTC) has made a bullish breakout of the short-term descending resistance line and is now trying to break the horizontal resistance in the $44,100 area.

Bitcoin (BTC) has been strengthening since January 24, moving along the rising support line and forming two long lower wicks after bouncing off this line.

On February 28, BTC formed a large bullish candle on the chart, and the next day, another, smaller one.

Now the price is trading on the outskirts of the $44,400 resistance area. In case of a successful breakout, the next resistance will come into play at $51,100.

The technical indicators are bullish. Both the RSI and MACD are rising, with the former above the 50 mark.

However, the MACD has not yet entered the green zone to confirm the bullish trend reversal. 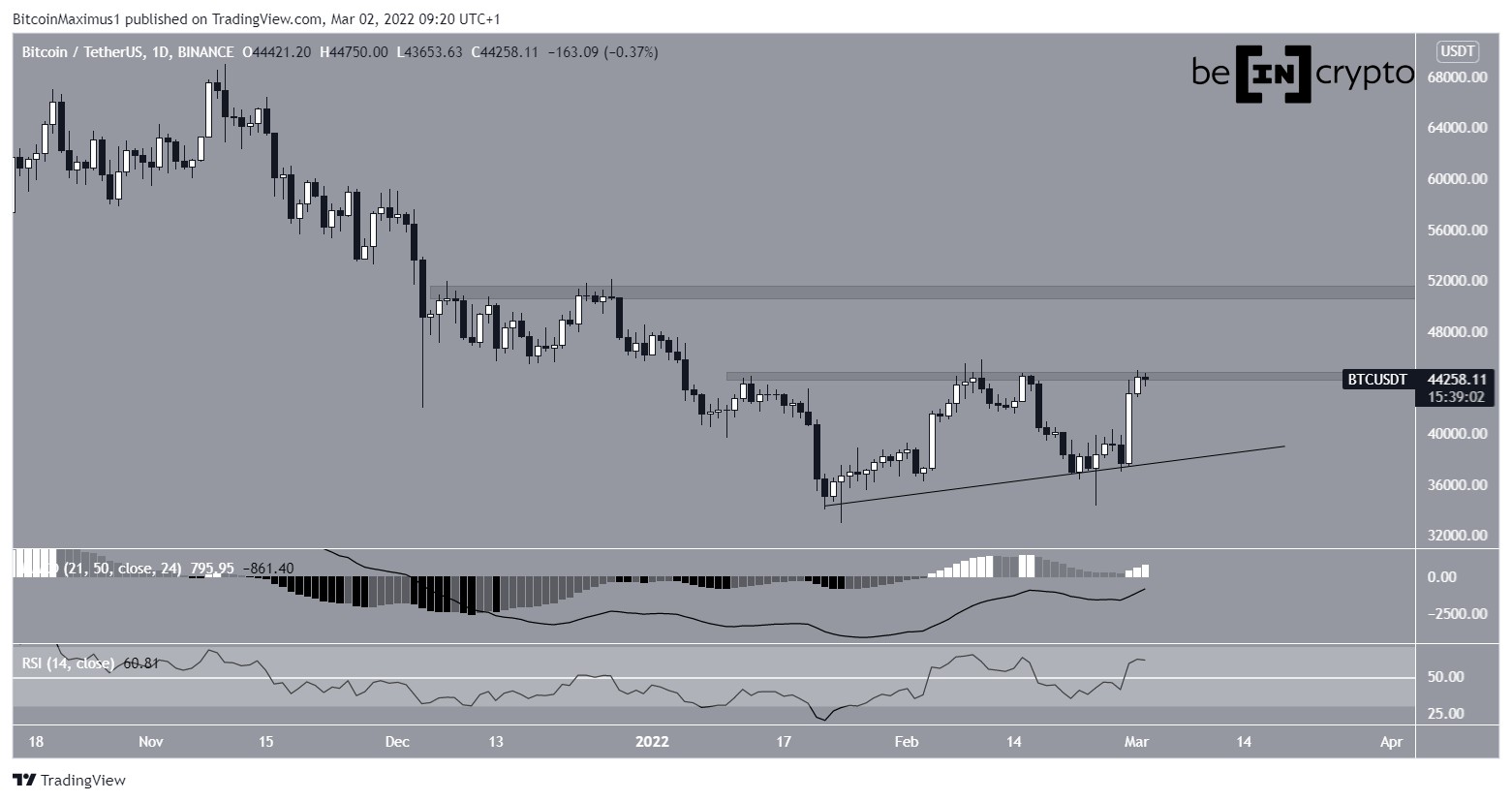 In addition, the BTC rate recovered above the Fibo level of 0.786 correction. This is the last significant Fibo level, after which the price completely completes the rollback. 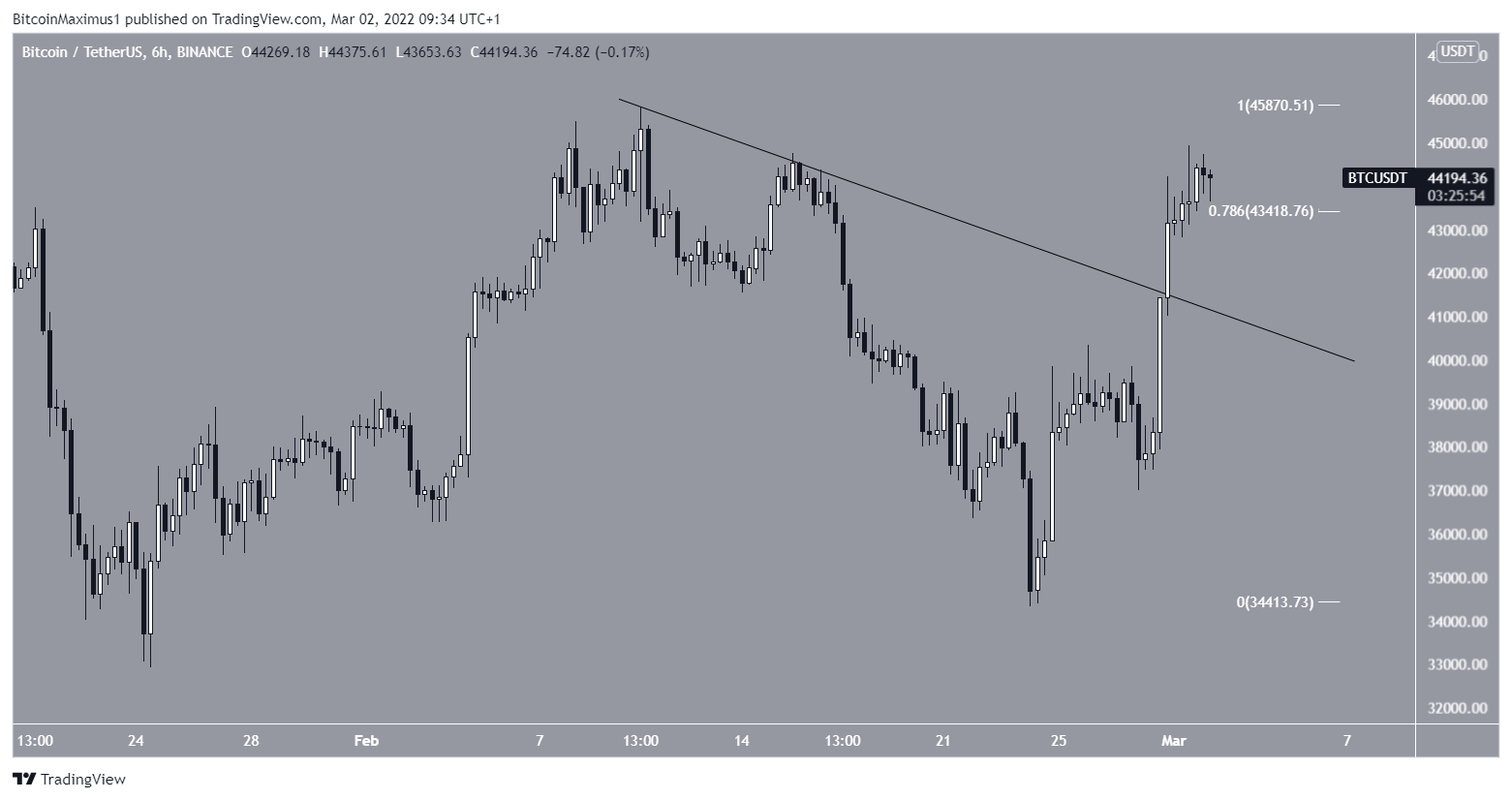 No clear pattern can be identified on the short-term timeframe, however, it can be assumed that the price has been inside a symmetrical triangle since March 1. Triangles are generally considered to be neutral patterns that are equally likely to allow for a bullish or bearish breakout. 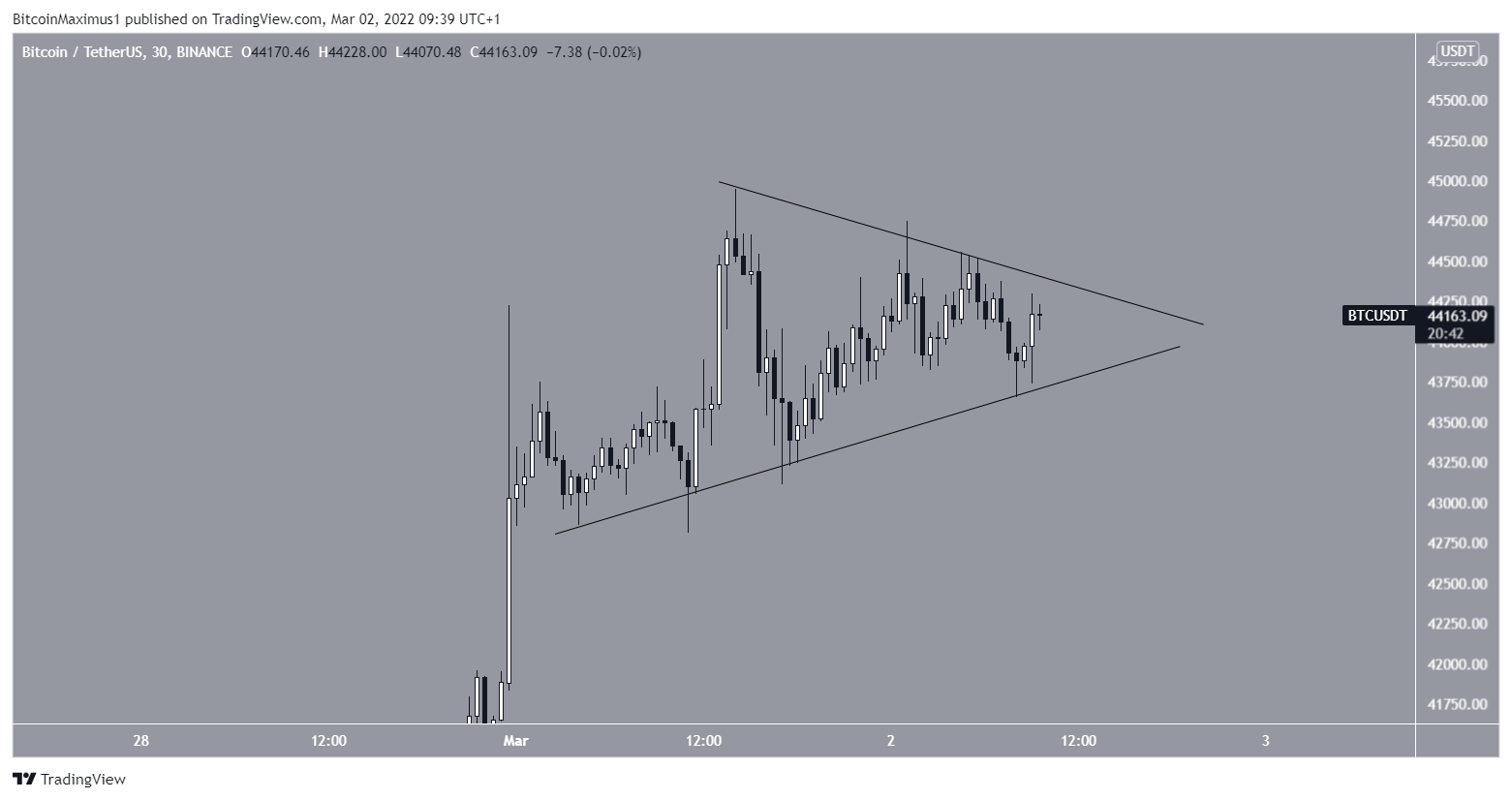 Short-term results wave analysis suggest that Bitcoin is in wave 4 of a five wave ascending structure.

We assume that the price is holding above the resistance line of the previous channel and potentially turning it into support.

If BTC forms a symmetrical triangle, this will confirm the correctness of our assumption.

At the same time, the coin can sink to the middle line of the channel by $43,000 and still remain in the fourth wave. This will create a fourth wave pullback.

Meanwhile, absorption of the high of wave 1 (red line) at $40,330 will neutralize this wave forecast. 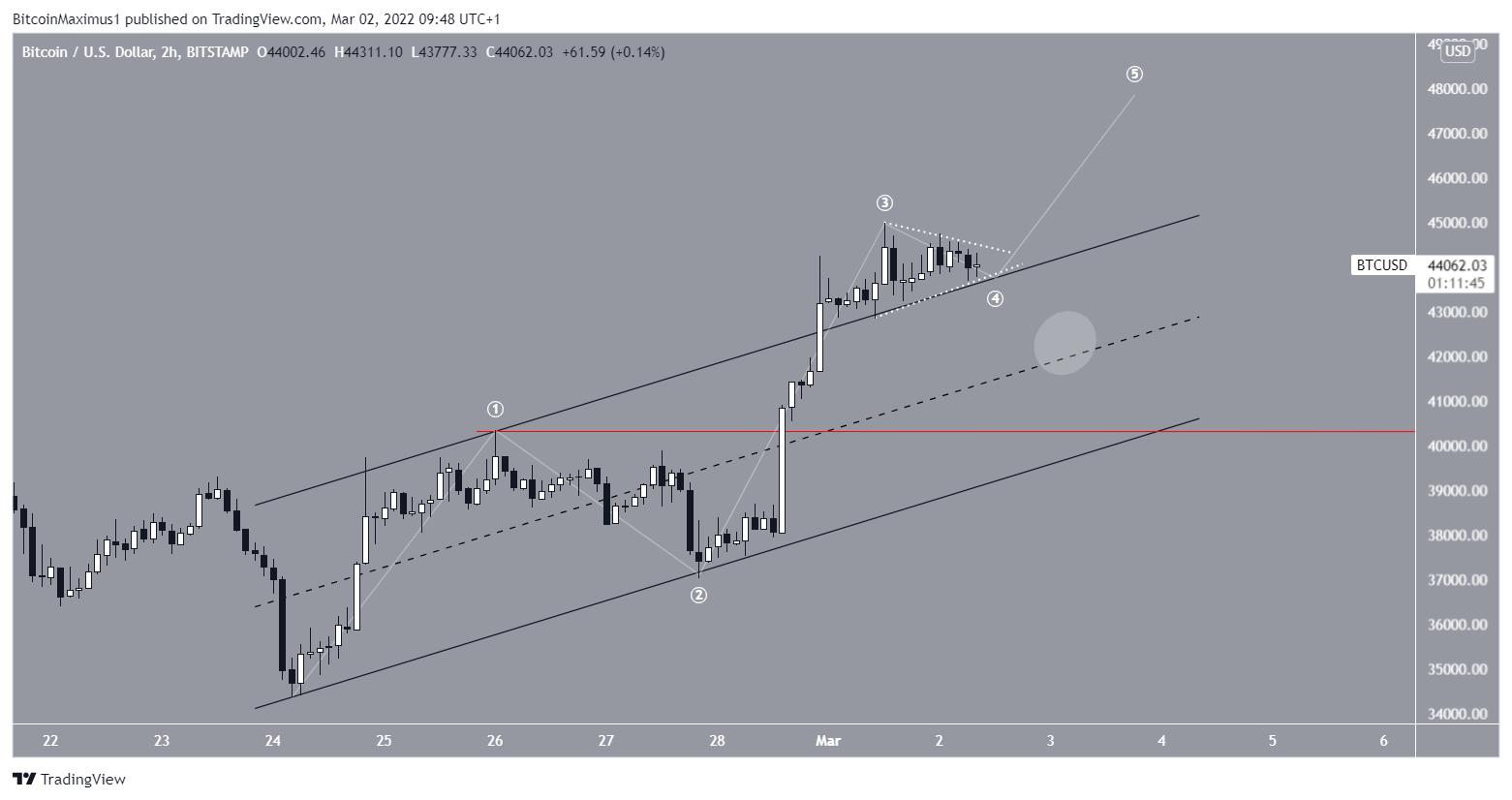 As part of a longer-term analysis, if the growth of BTC is confirmed as a five-wave pattern, then the most likely scenario will be the option in which the correction ended on February 24, with a truncated sub-wave 5 (green icon).

This means that the entire price structure was a “running flat” correction within a larger ascending parallel channel. If this is true, it could mean that bitcoin will gradually strengthen towards the all-time high, while the February 24 low will remain unbroken. 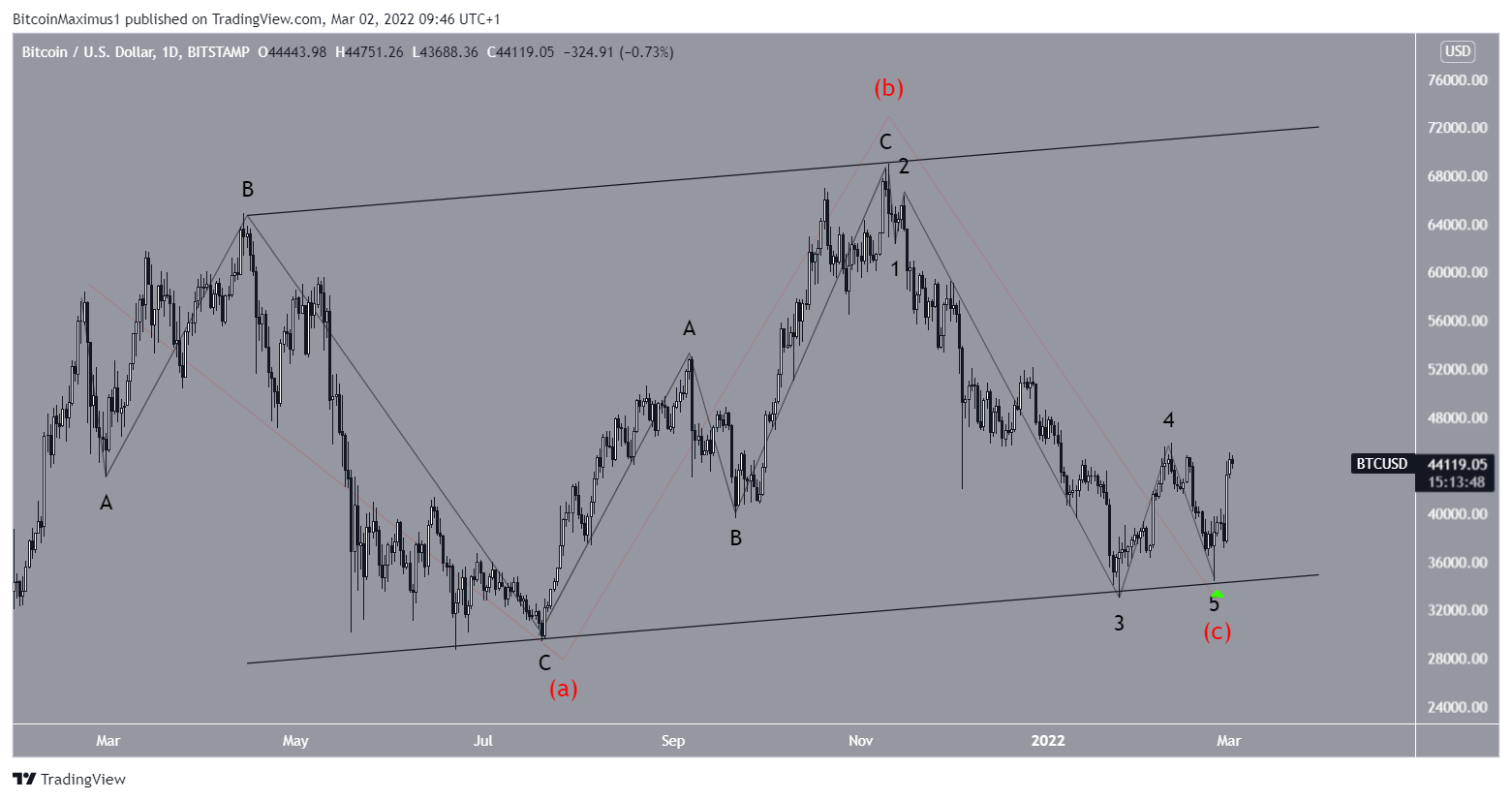