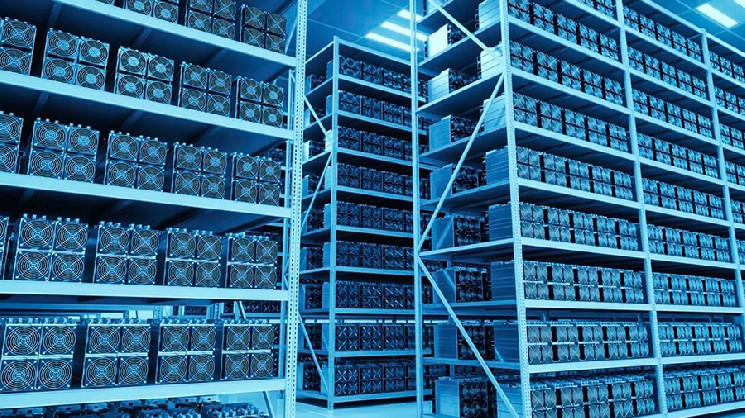 In February 2022, the income of bitcoin miners amounted to $1.06 billion. The indicator has been falling for four months.

According to The Block Research analysts, the income structure of the miners of the first cryptocurrency remains the same – they receive the vast majority of funds from rewards for discovering blocks. In February, miners received $1.05 billion in rewards and only $12.92 million (1.19%) in transaction fees. 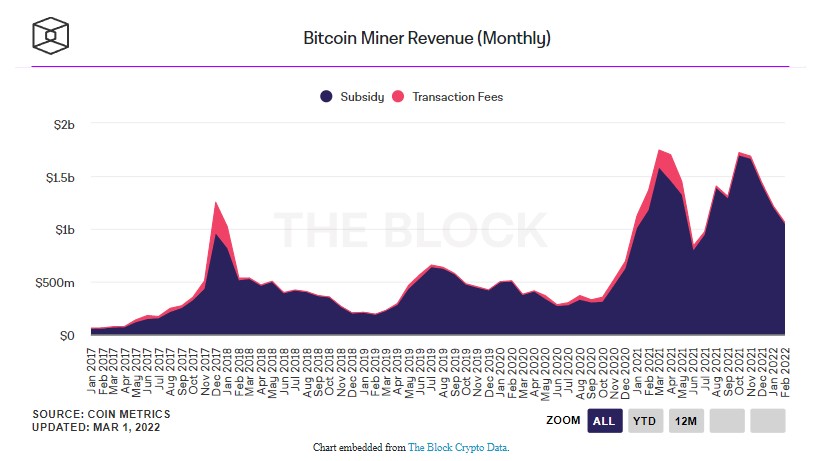 The drop in miner income continues for the fourth month in a row. Compared to January, revenues decreased by 12.9%. In October last year, miner revenue reached $1.72 billion monthly, and the record high was recorded in March 2021, when miners earned $1.75 billion.

A study by CoinShares found that bitcoin miners generated 42 million tons of CO2 in 2021.2 is 0.08% of the total amount of carbon dioxide emitted into the atmosphere. At the same time, after the ban on the production of cryptocurrencies in China, most of the miners moved their capacities to Kazakhstan, where coal is burned to produce electricity. Therefore CO emissions2 from mining increased by 17%, according to Joule.