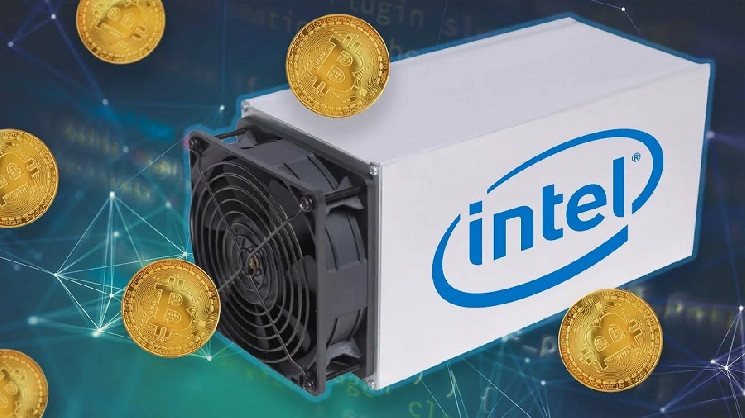 The first samples of Bonanza Mine chips from the American Intel, according to Colin Wu, have already been released at the facilities of the Taiwanese TSMC factory. Samples have been sent to mining equipment manufacturers, and mass production should begin this winter.

The chips are built on the basis of the 5 nm process technology and provide an efficiency of 35 J / Tx, the journalist found out. Moreover, Colin Wu’s data does not confirm Intel’s statements about the extremely high energy efficiency of chips. If the efficiency of Bonanza Mine is indeed 35 joules per terahash, this is even worse than the performance of the recently introduced Antminer S19 Pro + Hyd ASIC miner. And when assembling a full-fledged device, the efficiency will decrease by another 10% due to the power consumption of the remaining elements of the board and the control module.

However, in the face of a shortage of semiconductors, the popularity of ASIC miners based on Intel chips can be very high. According to the S-4 report filed with the US regulator, the mining company GRIID has signed an agreement to purchase BZM2 ASIC miners manufactured by Intel. Finished devices based on Bonanza Mine chips should appear by the middle of this year. Under the terms of the agreement, GRIID receives the right to buy up to 25% of all BZM2 ASIC supplies until 2025.

According to analysts, from 1.5 million to 2 million ASIC miners from various manufacturers will be delivered to the market this year. In addition, the move to other countries and the connection to the network of the remains of devices of Chinese miners, which were disconnected after the ban on cryptocurrency mining introduced in China, should be completed. All this can increase the network hashrate of the first cryptocurrency up to 350 EH/s or even 400 EH/s.

The official presentation of the Bonanza Mine chip from Intel should take place in February this year at the ISSCC conference.