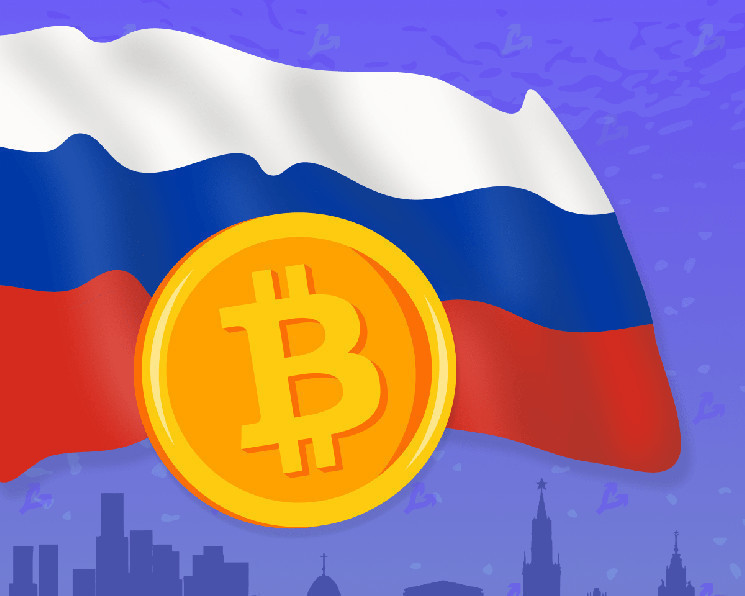 The complete ban on the circulation of cryptocurrencies in the country proposed by the Bank of Russia is guaranteed to provoke an outflow of specialists and inflows into the economy, but the current market will not kill. This was stated by ForkLog interviewed experts.

I see the main consequences not for the market, but for our future, as this is another step towards the country’s hopelessly lagging behind in terms of technology. Banning technology means losing all the personnel in this area, both entrepreneurs and programmers, as well as financiers, not forgetting just talented and “driven” entrepreneurs.

It also means the loss of investments, including from leading international funds, which will have an extremely negative impact on the country’s economy. All this, in turn, will lead to a further outflow of young and talented people from the country, even those not associated with crypto. Finally, this will deal a serious blow to the well-being of investors – funds, financial institutions, citizens, who will lose the opportunity to invest in one of the most profitable and promising segments.

While Singapore, Zug, Miami, Dubai, San Francisco, New York, Paris, and London will all benefit from openness to crypto, Russia, with its huge human capital potential, will ship all this capital for free – to neighboring countries. You can go even further and ban electricity – this will immediately solve all issues both with transport and tariffs, as well as with opposition videos on YouTube. We will leave a radio station in each apartment and read Pravda by the light of candles bought in the Russian Orthodox Church.

As for the cryptocurrency market, in the camp of hardened crypto-currencies (as they like to call us [глава комитета Госдумы по финансовому рынку Анатолий] Aksakov) there is some enthusiasm for such news, since the current market will not kill him anyway, but it will free him from the shkolota that has come running lately and raise commissions to the levels of 2016-2017. High risk – high reward, nothing new.

Cryptocurrency holders can be advised the same thing that they have been advised for many years – to keep the system and the crypt on their wallets. Cryptocurrencies were created in order to resist the state with its idiotic prohibitions. The proposed restrictions do not affect the ability of foreign crypto exchanges to serve Russian users, but even if such a measure is included in the final document, the Belarusian border is only three hours away by car. There, a step away from the border post, there is already a Belarusian casino, which means that we will open a Belarusian crypto exchange opposite. I personally am ready to invest in its opening.

The Central Bank of the Russian Federation announced the position of a complete ban on cryptocurrencies and mining in the country, based on the fact that their distribution poses a threat to the well-being of citizens, financial stability and the risks associated with illegal activities.

Binance, through partnerships with the public and private sectors, goes beyond industry standards to identify crypto-currency transactions that involve money laundering and terrorist financing.

We block users from sanctioned regions and we do this through a variety of tools and KYC/AML solution providers.

We are ready to discuss the abstracts of the advisory report and hope that this will initiate a dialogue between the Central Bank of the Russian Federation and representatives of the cryptocurrency market.

Under the influence of the Central Bank is the chain “fiat-cryptocurrency”. The Central Bank does not have the ability to limit the circulation of the cryptocurrency itself. However, the acquisition of new tokens or coins in the classic and most popular way, by debiting money from the card, will become impossible or difficult.

The consequences for cryptocurrency holders depend on whether only the acquisition of new coins (tokens) is prohibited or, including the sale of cryptocurrencies in Russia. If the holders of digital assets have the opportunity to sell them on foreign exchanges, then over time the cryptocurrency will leave the territory of the Russian Federation, since the flow will be one-way.

In addition, the Central Bank of the Russian Federation cannot limit the circulation of cryptocurrencies that do not come into contact with fiat – it will require more stringent measures from other structures, which are difficult to imagine in a legal society.

Despite the fact that, according to the estimates of the lower house of parliament, Russians have invested 5 trillion rubles in the crypto market, which is about 5% of GDP for 2021, the proposed actions of the Central Bank of the Russian Federation will not affect the country’s economy, since budget revenues from cryptocurrency operations are practically No, due to the lack of a legal framework. However, such measures should be seen as a move in the opposite direction of the free market as a whole.

On the other hand, the ban will affect the citizens themselves, especially those who invest a significant share of their wealth in crypto assets. With a complete ban, they may face the problem of selling their cryptocurrency on the territory of the Russian Federation and will be forced to look for other ways to enter fiat.

Absolutely nothing new. The Bank of Russia sticks to its line, while most of the state structures are in favor of regulation. Everyone will benefit from this. In the case of a ban, the authorities will only harm themselves.

The Central Bank of the Russian Federation has taken an absolutely unconstructive position, which has neither analogues in developed countries, nor an adequate explanation, including a legal one.

In addition, this position is contrary to the basic constitutional principles and the foundations of civil law: everyone has the right to own property, including digital currency, and do with it at their own discretion.

I consider the prohibition and restrictions lobbied by the central bank to be unreasonable and unreasonable.

Since 2014, the Central Bank of the Russian Federation has repeatedly voiced a tough position that cryptocurrencies are a money surrogate and their circulation should be prohibited. The reason for this position is clear: the central bank does not want to regulate uncontrolled and complex cryptocurrencies, but wants the introduction of a fully controlled digital ruble.

According to the general opinion, the volume of banking transactions related to cryptocurrencies can be only from 2% to 5% of the total turnover of cryptocurrencies in Russia. Accordingly, a complete ban on operations, if only banking operations are meant, should not have a strong impact on the market.

Finally, such an approach – a complete ban on operations in order to deprive some select category of citizens of funding – is, excuse me, firing cannons at sparrows. Instead of developing and implementing normal regulation of crypto business and its taxation (and the vast majority of Russian crypto enthusiasts want to work according to clear and transparent rules), the Central Bank is once again hinting to us that it will not tolerate competition for the digital ruble, does not want to understand the issues, does not want to be a regulator.

Such a position not only does not honor the Central Bank, but can deprive the Russian budget of tax revenues from the crypto business, since it will not tolerate it for a long time and, given its mobility, will emigrate at the first opportunity. That is, a country with such an approach can lose much more than gain.

Read more about the report of the Bank of Russia “Cryptocurrency Risks and Possible Regulatory Measures” in a special ForkLog article.