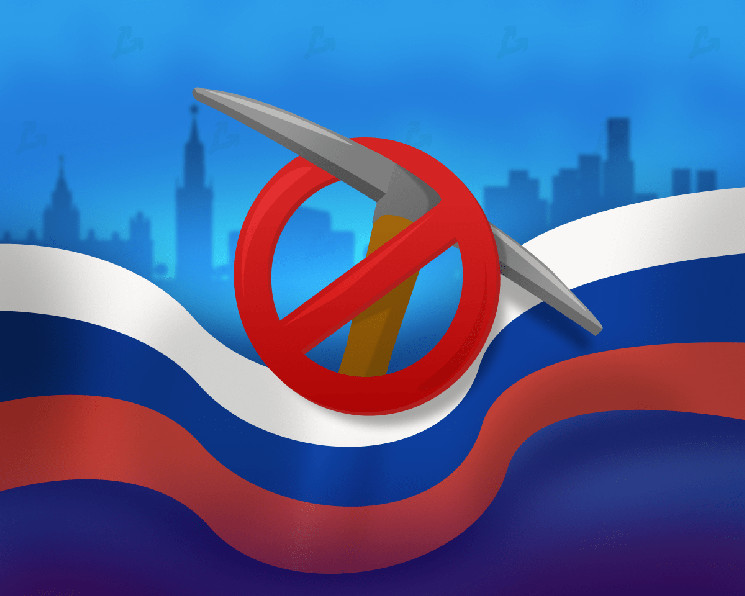 experts assessed a possible mining ban in the Russian Federation

The arguments given in the report of the Central Bank in favor of a ban on mining on the territory of the Russian Federation do not stand up to scrutiny, experts interviewed told ForkLog.

In a new document, the Bank of Russia noted that the current scale and further spread of cryptocurrency mining in the country carries risks for the economy and financial stability.

According to the Center for Alternative Finance at the University of Cambridge, Russia is one of the world leaders in terms of computing power in the Bitcoin network. In November, the media reported that the Russian Federation received applications for the placement of 1.8 million miners after the ban on bitcoin mining in China.

The Great Chinese Migration: Will Russia become a haven for Bitcoin miners from China

Among the risks associated with mining, the Russian regulator singles out a large load on the power grid, which, among other things, harms the environment, as well as the formation of “demand for infrastructure for conducting operations with cryptocurrencies.”

In this regard, according to the Bank of Russia, the best solution is to ban mining in the Russian Federation.

Experts call this conclusion of the regulator strange and “very surprising”, since cryptocurrency mining as an entrepreneurial activity has actually existed in Russia for several years, significant funds have been invested in mining, and officials have repeatedly spoken out about the need for full regulation of this business.

“In a situation where the state tacitly approved investments in this activity and did not dare to fully regulate it, and then suddenly outlaw it, the question arises – who will pay for such indecision?” — says Lidings adviser, Moscow Digital School teacher Dmitry Kirillov.

According to Roman Nekrasov, co-founder of the ENCRY Foundation, all the arguments cited in the Central Bank report as reasons for the ban do not stand up to scrutiny.

If the mining farm consumes electricity legally and uses the capacities specified in the contract, we are not talking about unproductive consumption of electricity, the expert noted:

“This is as stupid a statement as saying that a shoe factory consumes electricity and therefore poses a risk to the supply of residential buildings. An illegal connection creates a risk, a legitimate connection does not.”

Andrey Tugarin, managing partner of GMT Legal, noted that it is easy to solve the problem with electricity by granting “industrial status” to mining, defining it as an entrepreneurial activity and officially extending all the necessary requirements.

“And here it is worth asking a counter question to the regulator: what have you done to make the Russian ruble seem reliable and attractive to the population, and not volatile bitcoin?”

The argument about the non-environmental nature of bitcoin mining has also long been called exaggerated by many experts.

Much Ado About Nothing: Why Bitcoin’s Ecological Impact Is Exaggerated

Representatives of the data center operator BitRiver told ForkLog that a complete ban on cryptocurrency mining, especially on an industrial scale, is unlikely from a legal point of view.

“BitRiver, for example, acts as a data center operator and does not own mining equipment. We are engaged in exactly the same activities as the data centers of, for example, Rostelecom: we host and maintain equipment, with the only difference being that Rostelecom servers belong to Rostelecom,” said Roman Zabuga, BitRiver PR Director.

He emphasized that the BitRiver business model is completely legal, and the company itself does not interact with crypto assets, since all its financial processes take place through fiat.

“I believe that other Russian data center operators that have mining equipment on their balance sheets will find a way out even from the situation of a complete ban on cryptocurrencies and continue to provide maintenance and technical services to their customers,” Zabuga noted.

The head of Comino, Evgeny Vlasov, believes that the Central Bank’s initiative is fraught with problems for large market players, since they are easier to identify.

Experts predict that against the background of a possible ban on the production of cryptocurrencies, the flow of equipment for mining in the Russian Federation will be significantly reduced. At the same time, migration to other jurisdictions popular among miners, in particular the United States, is currently difficult.

“You have to understand that miners are people who know what a complex environment they are working in here. They know that tomorrow they can be closed. Many have already “recaptured” their equipment and are ready to sell their “iron” and go abroad even tomorrow,” said Evgeny Vlasov.

According to Roman Zabuga, the ban on mining is not an end in itself of the Central Bank of the Russian Federation. The regulator is more concerned about the circulation of cryptocurrencies, he concluded.

Experts hope that legislators will not fully approve the Central Bank’s initiative.

“Russia now has a real chance to become one of the significant players in the high-tech niche,” said Roman Nekrasov.

At the moment, mining in Russia is not prohibited and its clear regulation is not spelled out. The report of the Central Bank is just one of the proposals for consideration on the regulation of the cryptocurrency market.

The Central Bank absolutely has the opportunity to look at mining as a legal process, however, the regulator chooses a prohibitive policy, while not referring to any regulatory act established in the Russian Federation, Andrey Tugarin noted:

“It is very difficult to ban something that is not defined by law. Until there is an exact and official definition of mining, it is not possible to talk about its ban in the Russian Federation.”

Experts hope that legislators will listen to business and not follow the tough prohibitive path proposed by the Central Bank.

Recall that in October last year, the governor of the Irkutsk region, Igor Kobzev, wrote a letter to Deputy Prime Minister Alexander Novak, in which he proposed to legislate mining as a type of entrepreneurial activity. Earlier, Anatoly Aksakov, head of the State Duma committee on the financial market, came up with a similar initiative.

Even then, the Central Bank opposed this idea, since the regulator is against any “initiatives that contribute to the emergence of money surrogates.”

In November, the State Duma announced the preparation of a bill to regulate mining.