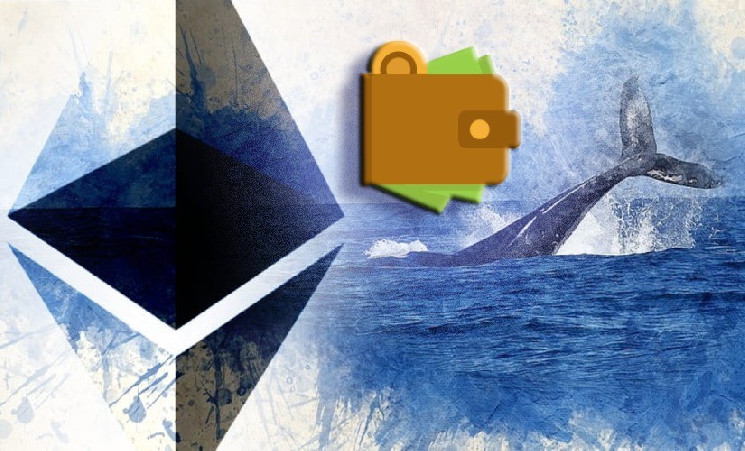 According to blockchain tracker WhaleStats, the third largest Ethereum wallet has spent a huge amount of money acquiring several altcoins. He bought 2 metaverse-related tokens and 4 other virtual assets. The total amount of funds spent exceeded $128 million.

A large investor purchased a large number of The Sandbox tokens. He made 2 transactions, first buying 426 thousand SAND for $2.04 million, and then buying another 1.7 million coins for an amount equal to $8.18 million. The whale also bought 643 thousand Decentraland (MANA), paying approximately $1, 84 million

Among other things, the cryptocurrency holder has acquired a number of other virtual assets. Ethereum whale wallet replenished with Covalent (CQT). The user bought 3.09 million tokens, spending about $2.03 million. Market experts also noted that a few days before that, cryptocurrency assets of the increasingly popular Gala (GALA) were also transferred to the same account. The investor made a series of small transactions totaling about $1.1 million. On the same day, the well-known blockchain project for scaling the Ethereum network of the second layer OMG Network (OMG) attracted his attention. The whale became the owner of almost 400 thousand tokens for a total amount of about $2.45 million.

Social media users also drew attention to the fact that in recent days, the same wallet has acquired assets of the Chainlink (LINK) crypto project for a total of $25.17 million, making several dozen transactions. The investor also stores wrapped bitcoins – Wrapped Bitcoin (WBTC) in the amount of exactly 2 thousand coins. Experts note that the total amount of assets in this vault is approximately $4.3 billion.

Earlier, the Crypto.ru editors reported that Bitfarms purchased 1,000 Bitcoin (BTC) at a rate of $43,200 in the first week of this year alone. As of January 10, 2022, about 4.3 thousand bitcoins were stored on the firm’s wallet.