“The real value of the asset is $47-55 thousand.” Why bitcoin is not a bubble 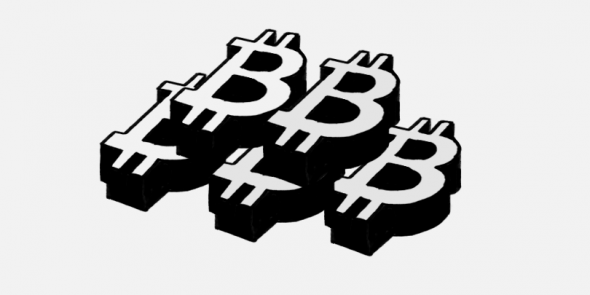 Analysts at the investment company Invesco believe that the price of bitcoin has been declining for the past three months, as the bubble is deflating in the crypto market. According to analysts, this year the price of the first cryptocurrency may drop to $30,000. RBC-Crypto experts explained why bitcoin is not a bubble and what is happening in the digital asset market.

The growth of the crypto market last year is not a classic bubble, but a natural development of digital assets, Artem Deev, head of the analytical department at AMarkets, believes. According to him, throughout 2021, there was a high demand for crypto assets. The relatively stable situation in the financial markets also contributed to the development of the crypto market, the analyst noted.

According to the analyst, at the end of 2021, the situation changed dramatically. Rising inflation in the US and Europe left no chance of maintaining a loose monetary policy, in connection with which the Fed and the ECB will soon begin to raise rates, Deev explained. He said that in December last year, when inflation became threatening and record-breaking, an outflow of investor funds from the crypto market began – they reduce risks and go into less risky assets. Given the fact that the growth of rates may begin as early as March, it is unlikely that the situation on the crypto market will change to a positive one – investors will continue to dump crypto assets, the analyst predicted.

“This is not a bursting bubble (although, of course, there was an element of speculation during the rise in the price of bitcoin and other coins). This is a correction, a large-scale decline in the attractiveness of digital assets against the backdrop of an increase in the dollar index and treasury yields,” Deev added.

Bitcoin has been overvalued

The term “bubble” describes a situation where a junk asset suddenly receives a short-term high valuation in the market for various reasons, recalled Nikita Soshnikov, director of the Alfacash cryptocurrency exchange service. In his opinion, bitcoin is not a junk asset and everyone or almost everyone has already understood this, including large institutional players from Wall Street.

“The valuation of Bitcoin at $70-$80 thousand was premature, given the lack of mass adoption of cryptocurrencies in the world and the lack of regulatory clarity around digital assets,” the expert noted.

According to Soshnikov, during certain periods, bitcoin could indeed be called an overvalued asset. The real value of the coin, taking into account the current cost of its production and distribution, is $47-55 thousand, the expert claims. According to his forecast, the real cost and production cost of the asset will grow and at some point will exceed $70-80 thousand.

“You need to understand that the price of bitcoin will increase over time. It is so conceived – the limited issue and the growth of its demand as an asset and a means of payment play in favor of the rise in the price of the cryptocurrency,” summed up Soshnikov.