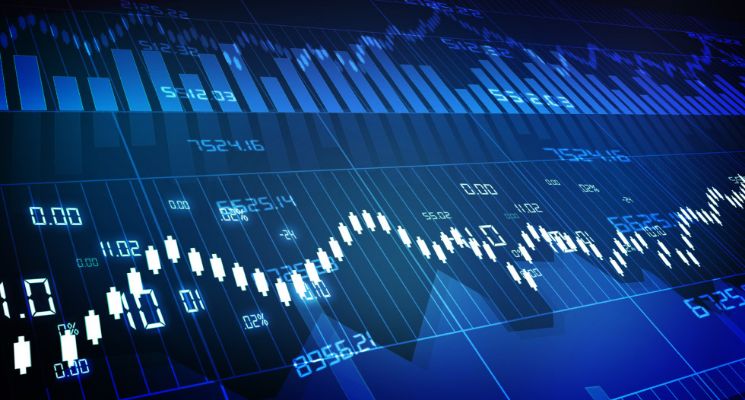 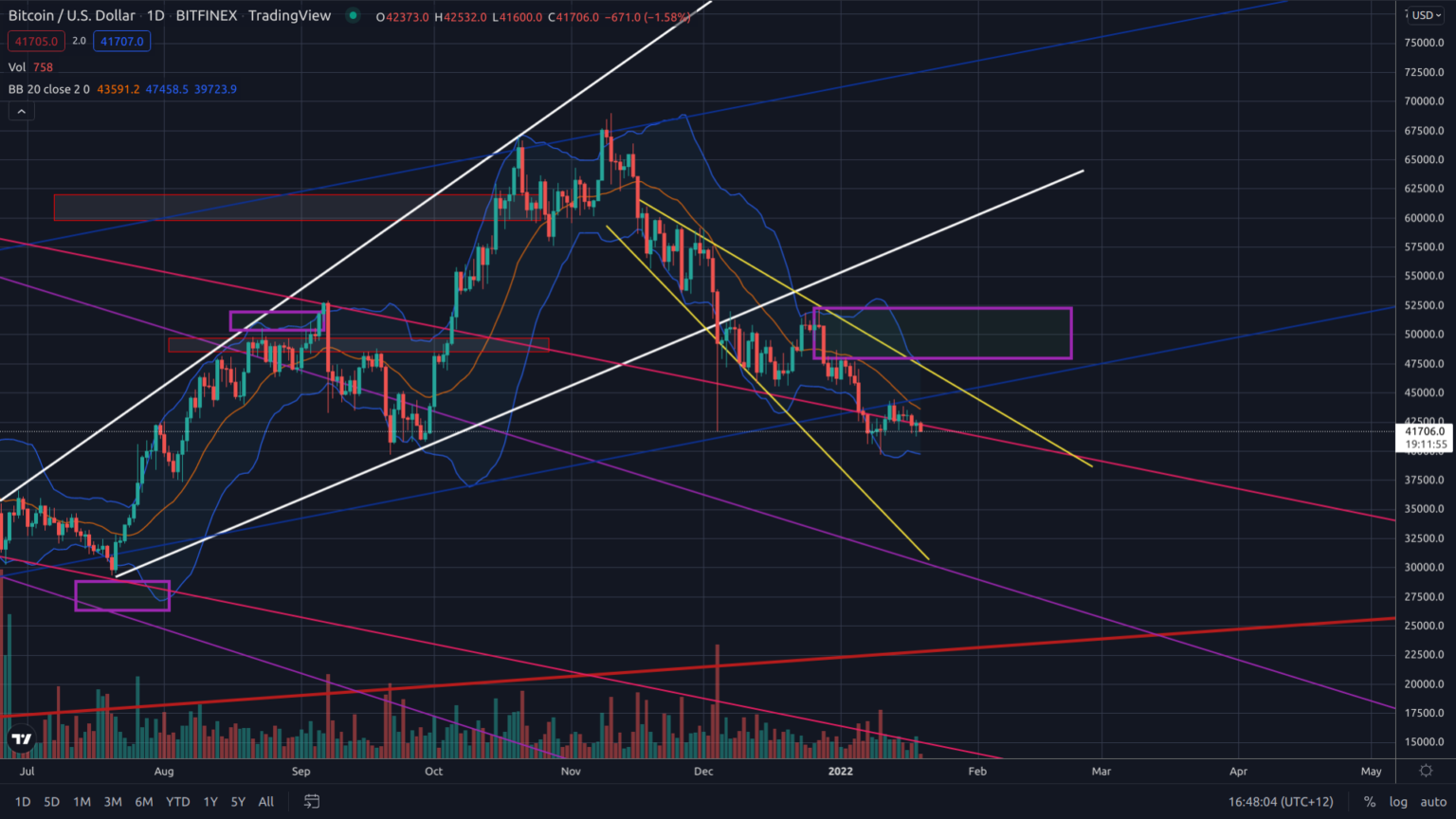 Over the past day, the price of the first cryptocurrency made an attempt to grow. However, as expected, in reality it turned out to be nothing more than an unpromising bullish rebound, the impact of which was already leveled this morning. At the time of writing, Bitcoin is trading in the $41,700 area and continues to decline.

The value of the largest digital asset is approaching a key support zone. A few bulls are still trying to defend the level, however, under the influence of the bearish Head and Shoulders pattern, the price of the first cryptocurrency almost went into the downward red trading channel. This is a fairly wide price range, within which the only important support for us (with the exception of the psychological support at $35,000) is the level between $30,000 and $32,000 (purple line).

We remind you that in order to consider the possibility of a reversal, BTC must be firmly fixed at least above the $46,000 mark. However, within the current movement, given the low buying activity, such a scenario is simply impossible without intervention from the whales. And even if major players vote with their volumes for the subsequent growth, “G&P” will not disappear anywhere. In order to break this formation, BTC needs to go above $52,000. And this is a move with a size of more than 10,000 points.

Locally, the bulls are fighting for the $42,000 level and so far the advantage is in the hands of the bears. Another bullish rebound is still possible. However, the buyers do not have the strength to develop an offensive. In the long term, this is a signal for a strong subsequent price collapse. And the longer the $42,000 level is challenged, the more tangible, in the end, the losses will be. 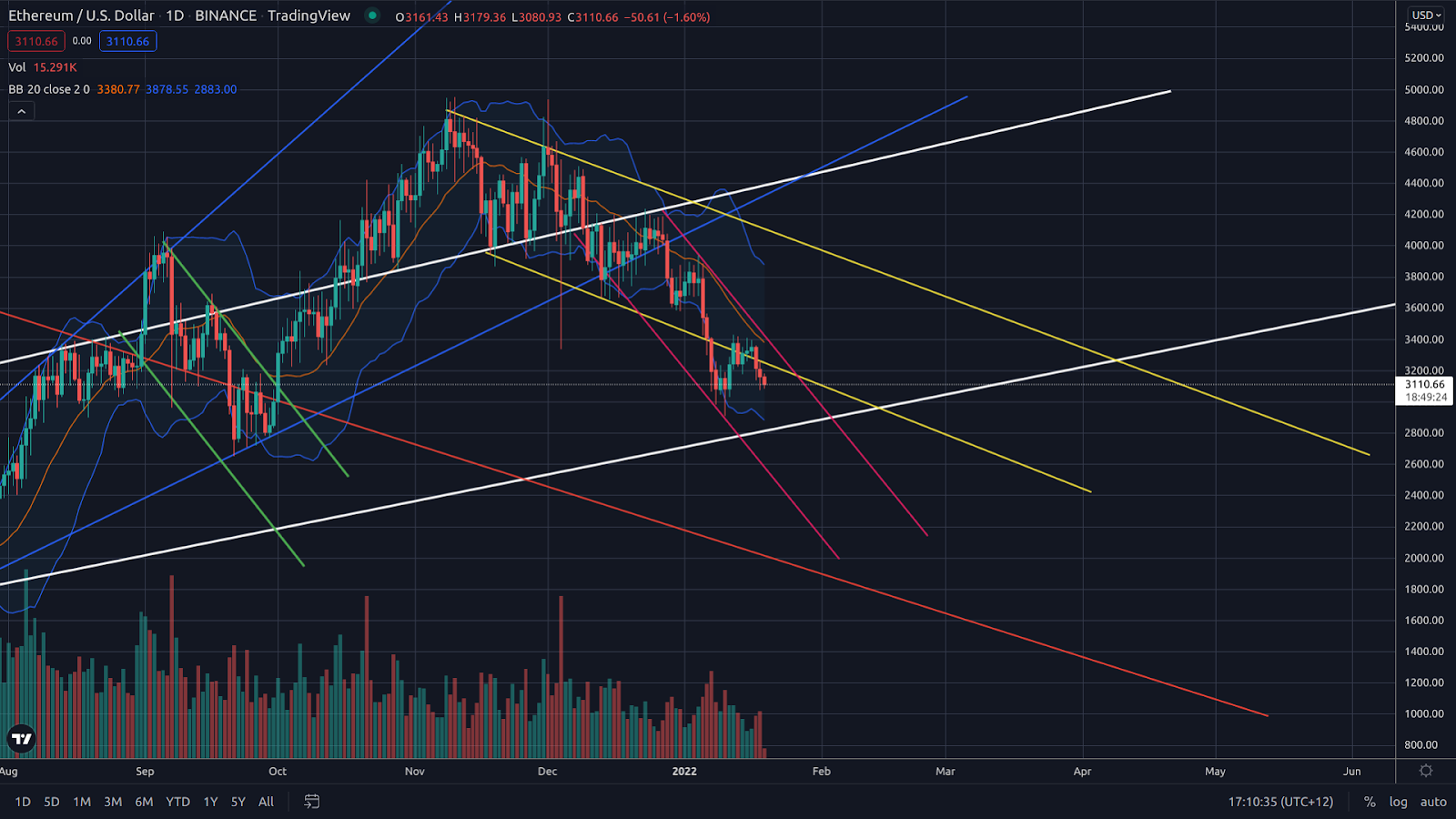 Ethereum continues to decline. The second cryptocurrency in terms of capitalization completely copies the movements of bitcoin, which is why it makes no sense to consider this digital asset in isolation from the first cryptocurrency.

At the time of writing, ETH has crept up to $3,100 and continues to decline. The closest support level that can contain the collapse is the range around $2800-$3000. However, in the case of a bitcoin dump, this zone, with a high degree of probability, will be easily broken.