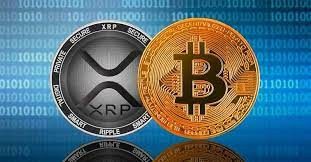 The long-standing confrontation between Bitcoin adherents and XRP supporters has been replenished with one more event. Bitcoin maximalist Nick Carter recently posted a tweet in which he wrote that people are “in any way associated with Ripple, have ever worked with them or taken money from them, you are dead to me.”

He explains these words by the fact that, allegedly, the Ripple company is seeking to “ban bitcoin / PoW” and “turn ethereum into a security.”

One of the first to react to this statement was David Schwartz, CTO of Ripple and one of the creators of the XRP Ledger, calling it absurd. According to Schwartz, both of these events will be a disaster for Ripple.

He wrote back that he welcomes what Ripple stands for and spends tens of millions of dollars in doing so:

5/ So while Ripple pays (presumably) tens of millions of dollars to fight off the SEC and protect the entire industry from corruption, some of you say anyone associated with it is dead to you. Fine, sir, I am dead to you. I applaud what they are fighting for. I can live with that

RippleX developer Matt Hamilton drew attention to another statement by Nick Carter, in which he states that “no one wants to use XRP for payments or as an intermediate currency for foreign exchange transfers.”

Hamilton points out that “Right now, 25% of the total volume on RippleNet (which is a pretty significant volume in itself) is in XRP.”

The problem with this argument is that companies *are* using XRP as an intermediate for cross border payment. As in, right now. 25% of all volume on RippleNet (which itself is quite a significant volume) is carried by XRP. https://t.co/n1d5W27jNP

Now the bitcoin maximalist has something to do. In January, the US Congress will host a hearing on cryptocurrencies and the impact of bitcoin mining on the environment, where representatives of the crypto industry will answer questions about the power consumption of cryptocurrencies based on the Proof-of-Work algorithm.

The reason for this was the appeal to the US Congress of more than 70 groups of fighters for the protection of the environment with a demand to start regulating mining.

After the exodus of miners from China, America became the leader in terms of the number of mining capacities, and now lawmakers have decided to take this area seriously.