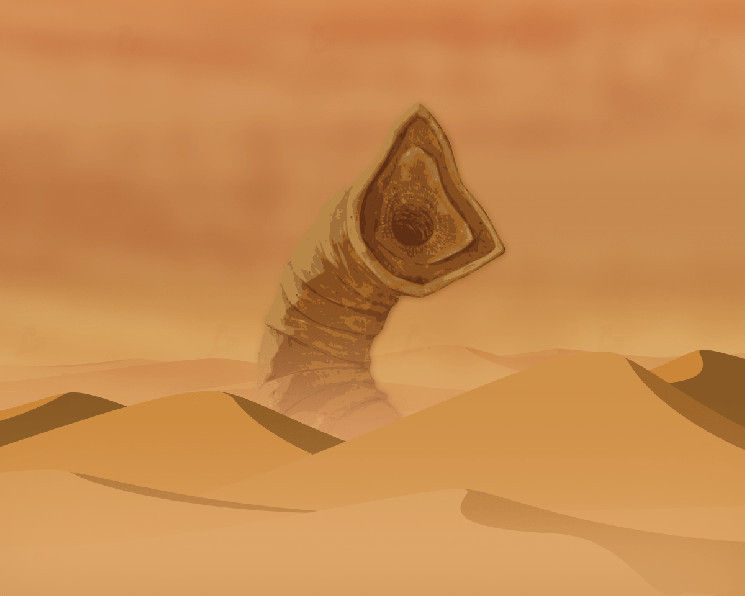 The crypto community ridiculed the plans of Jodorowsky, who bought Dune, SpiceDAO

The members of SpiceDAO (formerly DuneDAO) have announced their intentions to create an “original, animated series” inspired by Chilean director Alejandro Jodorowsky’s never-before-produced film Dune. The crypto community has criticized the plans of the project.

1. Make the book public (to the extent permitted by law)

2. Produce an original animated limited series inspired by the book and sell it to a streaming service

On November 22, 2021, Soban “Soby” Sakib purchased Jodorowsky’s “Dune” at Christie’s for $3.8 million. He bid on behalf of DuneDAO, but bid and won personally. Then the participants GIVEN stated that they would continue to raise funds to pay Saqib the remaining amount.

The 1975 edition includes a storyboard of the film with dialogue in French and English, as well as character and environment descriptions. The project was canceled in 1975. Dune Jodorowsky is considered “the greatest unmade film”.

On January 15, 2022, SpiceDAO announced the next steps: to make the book publicly available, create a series based on it, and sell it to a streaming service. This caused ridicule from the community – one Twitter user noticed that buying a physical copy of the book does not confer copyright or licensing rights on the owner.

These guys spent €2.66M under the belief that this earns them the IP rights to DUNE. We do not live in a meritocracy https://t.co/K33lfpPmOs

Dune was filmed by David Lynch (1984), John Harrison (2000) and Dany Villeneuve (2021). The television adaptation is owned by Legendary Entertainment, while the print version is copyrighted by 92-year-old Jodorowsky.

One of the critics of the idea of ​​SpiceDAO added that an incomplete version of the rare “Dune” (there are from 10 to 20 copies in the world) can be found on the Internet. His post got almost 8,000 likes.

Anyway, if y’all wanna read a free and publicly accessible copy of the book, here’s one that’s been online since 2011 https://t.co/EQk8gUnDu4

Another user indicated that SpiceDAO purchased the lot for 100 times Christie’s estimate.

“Do you think if you bought a Spider-Man comic you could start making Spider-Man films?” he asked.

You bought a collectible for 100X estimated value. Do you think if you bought a Spider-Man comic you could start making Spider-Man movies as well? pic.twitter.com/hKDzwn0xN2

“I actually spent 10 minutes looking at this, but no, it really looks like a bunch of crypto bros just spent 2.6 MILLION euros – 100 times the asking price – on a book at auction, mistakenly believing they would get the copyright on it. ”, wrote another participant in the discussion.

I have genuinely spent 10 minutes starting at this but, no, it really DOES appear to be true that a bunch of cryptobros just spent €2.6 MILLION — 100x the asking price — for a book at auction in the mistaken belief that they would therefore own the copyright in it. https://t.co/2HmaGWHKWF

Some users began to make fun of SpiceDAO’s tweet. One of them said that he “bought a copy of Harry Potter and planned to make an animated series based on the book,” and then sell it to Netflix.

I just bought a copy of Harry Potter, can’t wait to start my animated series of it. Gonna sell it to Netflix.

Even before the Twitter discussion, in December 2021, SpiceDAO admitted that it did not own the intellectual property.

“We have a unique opportunity to create our own addition to the genre as a tribute to the giants that have come before us,” the blog says.

According to a recent SpiceDAO tweet, the members bought the book as a “historical artifact” but “raised so much money and built such a strong community” that they “decided to make a brand new animated series.”

However, they were reminded that this product would also be copyrighted.

The animated series is still a derivative work and a performance of the copyrighted work, and you still need the permission of the copyright holder, which you are not. You still haven’t talked to a copyright lawyer, have you? https://t.co/iqDHE3tgjl

Recall that at the end of 2021, enthusiasts created BlockbusterDAO in order to buy the brand of the now defunct Blockbuster video rental network.