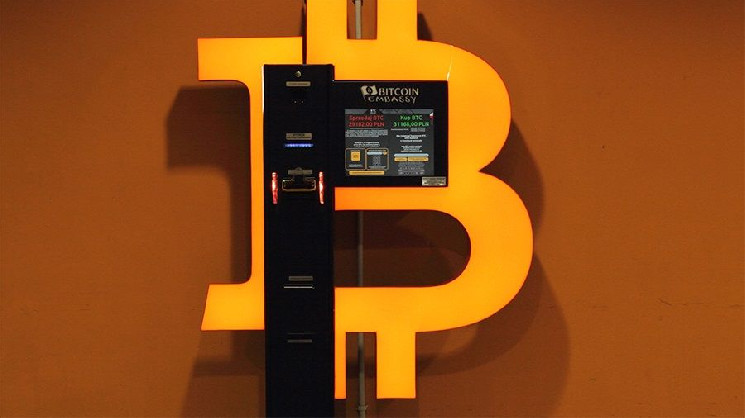 The analytical company Grand View Research believes that one of the growth factors for the crypto ATM market will be the trend of consolidation of ATM manufacturers and crypto ATM operators.

Grand View Research released a report stating that the cumulative value of crypto ATMs worldwide reached $75.01 million in 2021. The authors of the report predict that the compound annual growth rate will increase by 59.2% in the next six years and by 2028 the crypto ATM market will reach $1.88 billion

The ATM sector, like the cryptocurrency market, is dominated by bitcoin. It accounts for over 30% of crypto ATM revenue in 2021. The researchers believe that the growth in demand for crypto ATMs was due to the “growing acceptance of bitcoins as a payment method.”

We are talking about the fact that several large retailers, including the cinema chain AMC Entertainment, have begun to accept cryptocurrencies as payment. In addition, support for cryptocurrencies by traditional payment services such as PayPal has contributed to this trend.

Other factors driving the growth of the ATM market are the recognition of bitcoin as a means of payment by the El Salvadorian government. Currently, there are more than 200 cryptomats installed in the country that work with the Chivo state wallet.

The report states that the efforts being made by ATM manufacturers to mitigate the risks of cyberattacks have greatly increased their prospects as secure platforms for exchanging cryptocurrencies.

The researchers note that this sector is now dominated by the restaurant and hotel business, which accounts for more than 33% of the revenue of cryptomats. However, in the future, mergers and acquisitions by ATM manufacturers of crypto ATM operators should be expected.

The report states that there has been a proliferation of crypto ATMs outside of North America. Thus, the government of Uruguay financed the installation of the country’s first crypto ATM.⋅In total, 0.2% of the total number of crypto ATMs in the world is installed in South America.

Santo Blockchain plans to purchase 300 ATMs during 2022 and install them across the continent. It was announced this week that Panama will be the first recipient of the 50 ATMs, followed by Costa Rica and Colombia.

Regulators understand that effective oversight of the cryptocurrency market is impossible without control of the ATM sector. Earlier, the US Accountability Office said that crypto ATMs are fueling the growth of criminal activities such as drug trafficking and human trafficking.